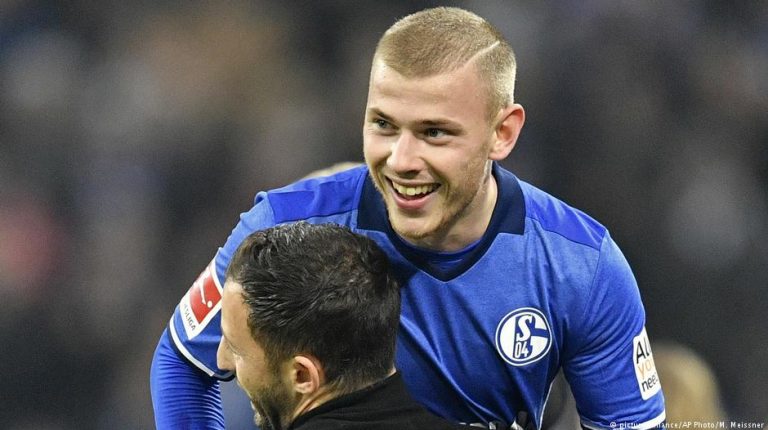 The former Schalke star is expected to sign for Crystal Palace this week, putting an end to a protracted transfer saga. With question marks over his attitude, the player may need to prove himself in more ways than one.It would be interesting to ask Roger Wittman precisely where he believes Crystal Palace rank among Europe’s “top clubs”.

Max Meyer’s agent was supposedly adamant his client would be “first-choice” at a Champions League contender this season. Having never played a single game in elite European competition since forming back in 1905, it’s fair to assume the East-London club wasn’t what he had in mind.

Meyer is expected to sign a lucrative deal for Crystal Palace this week, finally putting an end to one of the summer’s more curious transfer sagas.

His decision to swap Schalke, his boyhood club and a Champions League participant this coming season, for a team that finished 11th in the Premier League last time out, certainly appears fishy.

Whatever his reasons for joining Palace, Meyer’s in desperate need of a fresh start. Once a darling at Schalke, the 22-year old has recently become the poster boy for all that is wrong with modern football: a young player apparently only interested in money.

In his defense, there are some ways, other than obvious financial ones, that this move could work out. Palace are a well-established club, in one of Europe’s top leagues, with an experienced coach and some of English football’s most passionate fans. The squad, while unlikely to be a serious contender on any front, certainly isn’t lacking in talent.

There’s no reason Meyer shouldn’t thrive at Selhurst Park. Assuming he performs the way Schalke fans know he can, a move to a bigger club surely won’t be too far down the line.

There is a lingering feeling, however, that Wittman’s scheming – possibly at the behest of his client – has done more harm than good. Meyer ranked among the very best in passing and tackling statistics in the Bundesliga last season; he’s widely regarded as one of Germany’s most promising talents and was available for free. So why did none of the “top clubs” Meyer expected to be “first-choice” at make a concrete offer? You would have thought they would have been biting his hand off.

There’s a suspicion that bigger Premier League clubs – Arsenal and Liverpool were both linked with moves – were put off by questions marks surrounding Meyer’s character. Swapping Champions League football for mid-table obscurity and bags of cash certainly hints at a muddling of priorities.

By contrast, Jadon Sancho, who impressed in the Bundesliga towards the end of last season, reportedly rejected a higher wage at his former club, Manchester City, in order to further his development abroad at Borussia Dortmund. It was a bold move, clearly driven by a desire to wring the most out of his talent.

If Meyer is to make his way onto the transfer wish-lists of Champions League coaches and back into contention for his national team, he could do worse than borrowing a page from Sancho’s book.

In any case, Crystal Palace have secured the signature of a player many believe can be the beating heart of the German national team for years to come. If Meyer knuckles down, and shows he has the attitude to match his undoubted ability, it might just prove to be a match made in heaven.