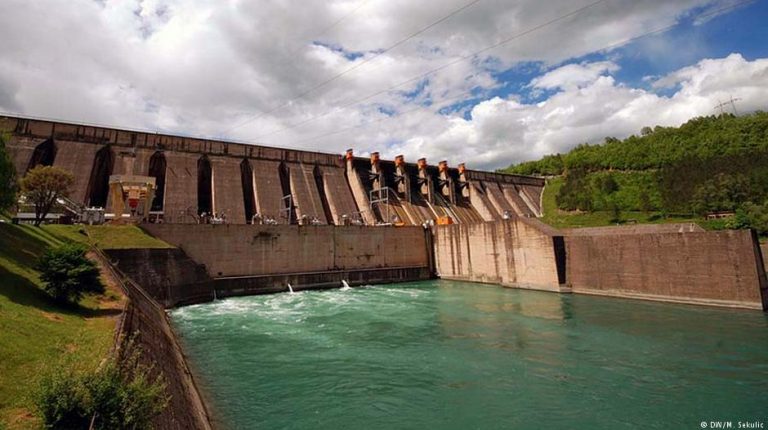 An NGO is calling for tens of thousands of dams across Europe to be dismantled for the sake of the environment. Why is this massive undertaking needed, and how feasible would it be?Sixty percent of Europe’s surface waters are in poor environmental condition, according to the latest water quality report for the continent from the European Environment Agency.

The nongovernmental organization Dam Removal Europe directly attributes this to the roughly 30,000 dams blocking the continent’s rivers and waterways. The NGO argues that the structures not only harm the environment, but that they are expensive to maintain, which is why its calling for their removal.

According to the World Wide Fund for Nature (WWF) and the World Fish Migration Foundation, fewer than 1 percent of the rivers in Europe now flow freely. For fish, this means battling obstacles every few meters. When the fauna are unable to make their way into certain regions, it can hamper their reproduction. Several species of fish, including salmon and sturgeon, have already disappeared entirely from some countries, impacting the livelihood of fishermen.

In addition to wildlife, dams can impact soil quality. Sediment and other nutrients get stuck in the structures, which results in fewer river deltas being formed. Strong water flow is required to transport sediment down the river. When the sediment is stuck, the excess flow leads to faster erosion.

Dam Removal Europe argues that abolishing the continent’s dams would give nature the space to recover. However carrying out this mammoth task, dubbed the Dam Removal Initiative, would not be easy. Every single dam site must be considered on a case-by-case basis.

In Germany, for example, the population density in the countryside where the dams are situated is so high that the structures cannot simply be removed without careful planning and calculation to minimize disruption to regional economies.

“It is a given that every dam and weir site ought to be individually and thoroughly considered in regards to its location, community and ownership before it can be engineered, or removed,” said Andreas Roth from the firm Hydro-Energie-Roth.

In Germany alone, there are 300 dams with a height of over 15 meters (about 50 feet) and countless smaller structures fewer than 3 meters tall. However, the federal government does not keep exact figures on the number of structures or their exact locations. This lack of documentation on waterway infrastructure — which is a problem across the EU as some dams in Europe are more than 100 years old — prompted AMBER (Adaptive Management of Barriers in European Rivers) to undertake its own survey.

When it comes to Germany’s oldest dams, however, the country’s Office for Civil Protection and Disaster Assistance (BKK) does not believe they are in danger of bursting — an event that can cause significant death and destruction, as happened in countries such as Laos and Iraq.

Read more: Laos disaster reveals the ugly side of hydropower in Southeast Asia

“The risk posed by a dam failure in Germany is estimated to be very low,” said Wolfram Geier of the BKK.

Whether the Dam Removal Initiative can be successful remains to be seen, but those behind it remain steadfast in their belief that the structures must be dismantled.

“Any use of energy, including hydro-energy, has a negative impact somewhere,” Roth said.