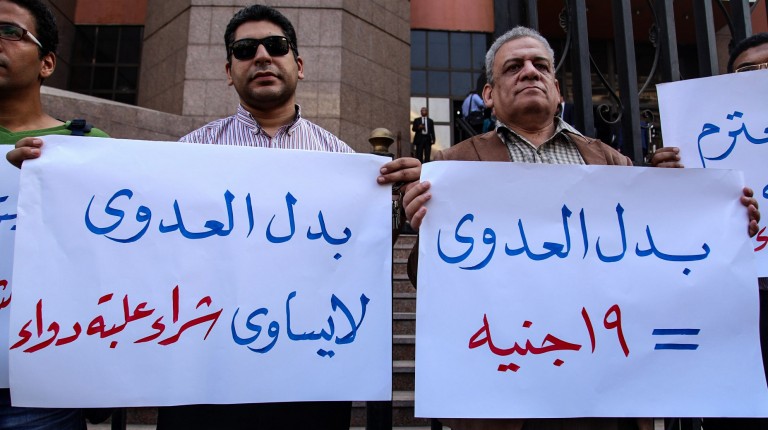 The Doctors Syndicate started a petition against a recent decision that cancelled increasing the infection allowances for Egyptian doctors, as a further movement to achieve their long-awaited demand.

The Administrative Court accepted on Thursday an appeal filed by the State Lawsuits Authority, which cancelled a previous court decision to increase the allowances to EGP 1,000.

The petition will be submitted to the Ministry of Health, and they will also send a delegation to negotiate with the legislative and executive authorities.

The syndicate filed the legal case in 2014 to increase the allowance to EGP 1,000.

In November 2015, the Administrative Court ruled in favour of the syndicate; however, the verdict was not implemented and was appealed by the government.

Mona Mina, a member of the syndicate’s board, said that they will continue following and communicating with all official bodies to increase the allowance of infection for doctors.

Last May, the syndicate submitted a draft amendment to Law 14 regulating the affairs of members of medical professions to raise the value of the infection allowance.

It also submitted requests to the executive authority, represented by the prime minister, to use its legal right to increase the value of the infection allowance.