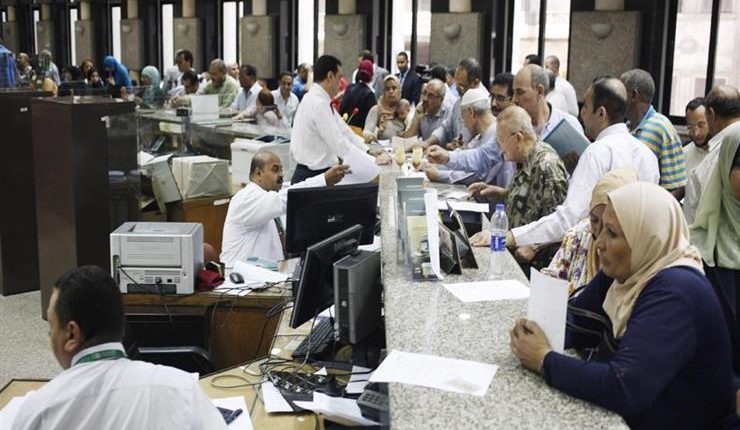 The Egyptian government is currently studying a proposal decision of reducing work employee days in the state administrative apparatus, without no decrease in their salaries.

The aim of this proposal is to rationalize spending and reduce traffic congestion in Egypt.

For his part, Mostafa Madbouly, the prime minister and acting minister of housing, tasked Saleh Abd El Rahman, chairperson of the Central Authority for Organization and Administration (CAOA), to form a committee to discuss the means of implementation.

Concerning the way of implementing, the press reports that the study includes four proposals, the first one is to divide working hours per day, which are the shifts and rations system.

Hence, the work will continue throughout the day in the government departments, while the second proposal reduces working hours per day, to end the official working hours at 2:00 pm instead from 3:00 pm, as opposed to cancelling the holiday of Saturday.

The third proposal is to reduce working days by dividing them into two shifts, each one consisting of three days, and the working hours of the day would be 10 hours starting from 8:00 am and ending at 6 pm, whereby work would continue throughout the week.

The fourth and the last one is to reduce the number of working days to four days only per week, starting on Sunday and ending on Wednesday.

On the other hand, an hour will be added to the current working hours, hence the official work day will end at 4:00 pm instead of 3:00 pm. Moreover, the official holidays is to be three days, Thursdays, Fridays and Saturdays.

Commenting on this proposal, Hoda Kamel, who is responsible for the file of the employees in Social Justice Platform told Daily News Egypt that there are other means to rationalise the spending, pointing out that half of the consumption of water is due to problems in the water network, in addition to that, the lights or street electricity are lighted or turned on in the morning.

Moreover, she stated that there are clear provisions in the civil service law that helps in implementing this trend or plan, explaining that to take an issue to dismiss an employee, previously it was taken after first of all, the fifth committee evaluates and discusses the employee’s mistakes, then if the committee fails to solve the problem, the labour court can enter to help in resolving the dispute between the institution and the employee.

On the other hand, since 2014 the law stipulates that the institution has the right to take a direct decision to dismiss the employee depending on that the employee’s annual appraisals over two consecutive years, a weak evaluation therefore opens the door for dismissal.

Finally, she asserted that whatever the decided way of implementation, there should be a dialogue between the government and all concerned bodies, so as not to take higher decisions that do not take into consideration the employee’s situation.