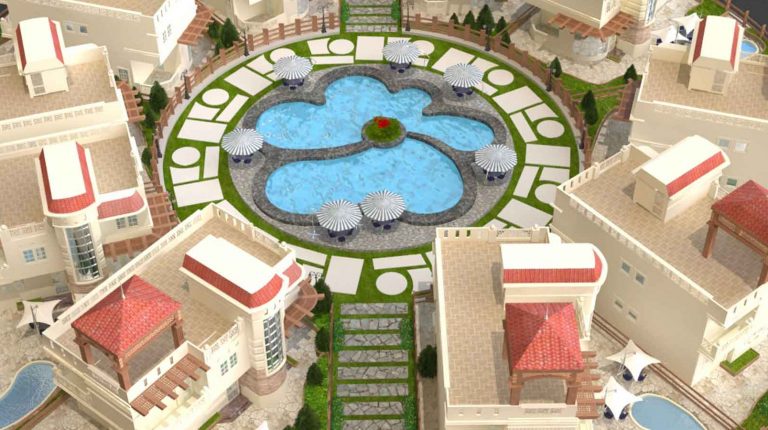 Al-Hayah for Urban Planning and Development has begun the process of obtaining licenses of its 200-feddans project on the sea directly in the Marsa Matrouh governorate, according to company’s Chairperson Mansour Taher.

He added that the company has another plot of land on the sea and its development has not yet begun.

Moreover, Taher pointed out that the company will launch Al-Hayah Gardens in North Coast this month and will deliver the project by the end of 2019.

He explained that Al-Hayah Gardens project is located on an area of 110,000 sqm near to New El Alamein city, including 60,000 sqm dedicated to building 139 units, villas representing 97% of the total units with sizes ranging between 125 to 245 sqm and its other units are chalets with areas ranging from 55 to 85 sqm. Over and above, he allocated 50,000 sqm of the project for the establishment of a social sports club registered in the Egyptian Football Association and marketed by the membership system.

Meanwhile, Taher mentioned that the project is marketed and implemented in three phases with investments of EGP 300m. The first phase will be launched for marketing in the current month. It includes 40 units and will be sold at prices ranging from EGP 800,000 to EGP 1.7m.

He revealed that the company started the project construction works and will be delivered in 2021.

“The company’s land bank exceeds 1m sqm distributed between the North Coast and Matrouh governorate and that the company plans to acquire other plots of land in the coming period,” said Taher, adding, “the company has completed the development of the Bianchi Palace projects in Alexandria governorate, which included three buildings and was delivered. Also, we have completed the compound of Vista Matrouh on an area of 7,000 sqm.”

He noted that the company’s projects are limited to coastal projects and that it has the expertise of all its projects in these areas. The company’s land bank is concentrated in the North Coast and Matrouh governorates and future plans include expansion of similar projects.

On a different note, he went on to say that residential projects within Greater Cairo are not on their current plans.