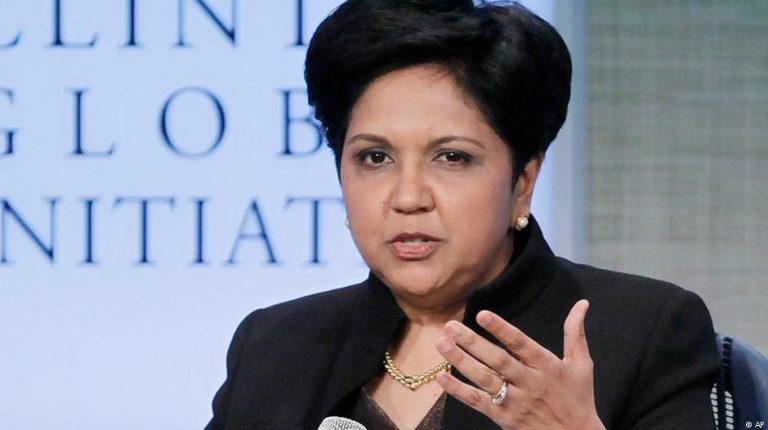 One of the world’s most powerful female chief executives, Indra Nooyi of India, is scheduled to resign from her post in October. She will hand over the reins of PepsiCo to in-house veteran Ramon Laguarta.PepsiCo said Monday that Indra Nooyi would step down as the company’s longtime chief executive officer, ceding her position to Ramon Laguarta as the company is navigating a shrinking global soda market.

Laguarta is to take over on October 3 and will also join the board. A 22-year veteran of PepsiCo, Laguarta oversaw global operations, corporate strategy, public policy and government affairs in his role as president.

He also served as CEO of the company’s Europe Sub-Saharan Africa division.

Under her tenure as CEO, Nooyi has boosted sales of the Mountain Dew and Gatorade maker to $63.5 billion (€55 billion), up 80 percent from when she started 12 years ago. The company’s share price has risen 78 percent in the same period.

Recently, Nooyi has focused on reinvigorating sales of its sodas by stepping up marketing efforts in a bid to win market share from archrival Coca-Cola.

She’s also largely credited with reshaping PepsiCo with tactical mergers and shifting to healthier drinks, moving to juices and teas.