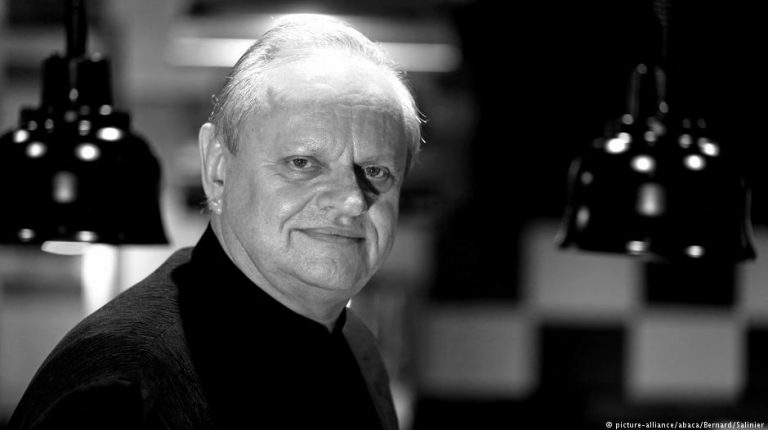 Joel Robuchon was named one of four “chefs of the century” in 1990. He gained 31 Michelin stars since entering gastronomy at the age of 15.French chef Joel Robuchon, who accumulated more than 30 Michelin stars during his career, died on Monday in his home in Geneva aged 73.

“Joel Robuchon, visionary leader and the most starred chef in the world, leaves us today,” French government spokesman Benjamin Griveaux wrote in a Tweet.

Robuchon was a pioneer of modern French cuisine and named one of four “chefs of the century” by the Gault et Millau cooking guide in 1990.

Critics lauded his ability to perfect even simple dishes such as mashed potatoes and developing the “Atelier” (workshop in French) restaurant model, where diners observed chefs while they cooked their dishes.

Robuchon was born to a bricklaying father in Poitiers in western France in 1945 and began training as a chef at age 15. He was named head chef at the Parisian Hotel Concorde La Fayette at the age of 29 and went on to open acclaimed restaurants in more than three continents during the 1980s and 90s.

Many top chefs paid tribute to Robuchon on Twitter. “One of the unrivaled masters of world gastronomy has left us,” Anne-Sophie Pic, France’s only female chef with three Michelin stars wrote.

“From Paris to Shanghai, his know-how, elevated to an art, made French gastronomy shine,” government spokesman Griveaux said, adding it would “continue to inspire the younger generation of chefs.”