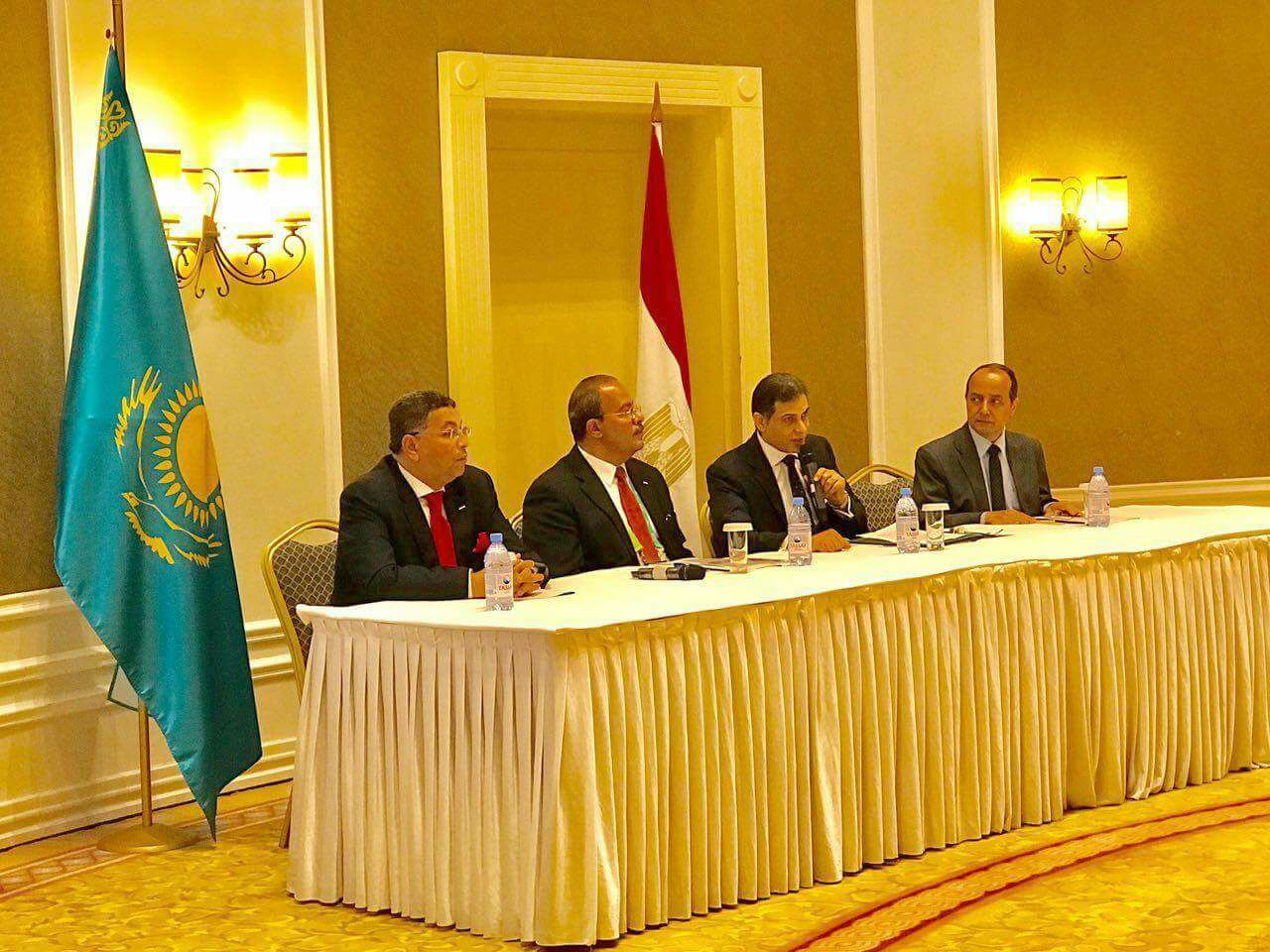 The meeting reviewed the related efforts between the General Union of Bank Employees in both Egypt and Sudan and means of enhancing them in a number of banking and commercial fields.

According to Ashraf El Kady, the UB chairperson and managing director, the financial and banking institutions have a major role in maximising the efforts of countries in increasing the volume of activity and trade and cultural exchange, especially as both countries seek to achieve sustainable development in all economic, social, and cultural fields.

He expected that the coming period to witness a growth in the trade activity between the two countries in four main fields: the industries of leather, food, and cable, as well as the electricity sector.

Moreover, El Kady noted that the volume of trade exchange between Egypt and Sudan at the beginning of 2018 reached $1bn, up by 18.9% from 2017, noting that Sudan has ranked first in terms of Egyptian exports to the Nile Basin countries in 2016, while Egyptian investments in Sudan reached 273 ventures with investments of $2.6bn.

“The United Bank offers a range of financing and technical consulting services to Egyptian exporters, both internally and externally. It has signed a series of agreements with a number of bodies concerned with maximising the volume of Egyptian exports abroad, including the Ministry of Trade and Industry, represented by the General Authority for Export Development, and the Egyptian Corporation for Export Guarantee, in order to provide an integrated service to Egyptian exporters,” El Kady said.

He added that the bank also provides a package of financial services and insurance services on export proceeds and protection from the risk of non-payment.

Farag Abdul Hamid, vice president of the UB, said that exporting comes on the list of economic targets of the Egyptian state, so the bank moved towards the development of solutions to all export mechanisms, including direct export without the existence of intermediary banks and guaranteeing the collection process.

He stressed that all means of payment in foreign trade accept funding and guarantee through the UB, which offers unprecedented facilities for Egyptian exporters and exports.

“The visit will open new avenues for cooperation in the banking and economic field, exchange of experiences, and cultures between the two institutions in both countries, and develop solutions to the obstacles faced by the Egyptian and Sudanese exporters in both sister countries,” said Youssef Abdul Rahman Al Obeid, head of the General Union of Bank Workers and Financial Business in Sudan.

According to Gamal Abdel Nasser Akbi, president of the General Union of Bank Employees, Insurance, and Financial Business, the measures of success of the institutions come from the good management of human elements in an optimal manner, which motivates employees to make more efforts to double production and return on investment.

He confirmed that the UB has achieved over the past two years a boom in results, profits, and management of human elements professionally, making it possible to be among the 12 most effective banks in Egypt.