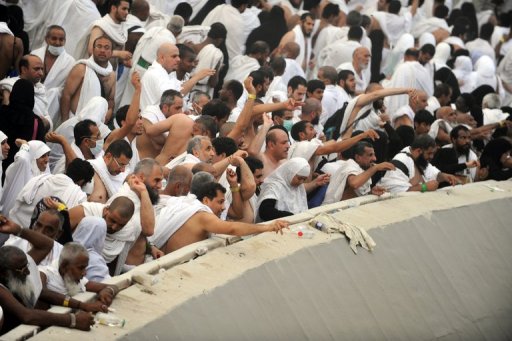 The Egyptian Ministry of Health announced on Wednesday the death of the third Egyptian pilgrim in Saudi Arabia, as a result of a cardiac arrest.

The Head of the Egyptian Medical Pilgrimage Mission Mohamed Shawki, said that Shawqia Shehta, an Egyptian pilgrim died as a result of a cardiac arrest at the General Heraa Hospital in Mecca.

Shawqi announced earlier this week the deaths of two other Egyptian pilgrims. One of them was Mahmoud Ibrahim Abdel Karem, 61, who died last Monday because of a sharp drop in blood pressure that led to a heart attack while performing the Umrah, or religious rituals. The other death is that of Galal Saad Mohamed Marzouk, 56, who died last Thursday of similar reasons.

Last year, the Ministry of Health said that the final number of total deaths among Egyptian pilgrims to Saudi Arabia are 110 deaths, among them105 died in Mecca, while the rest were in Medina.