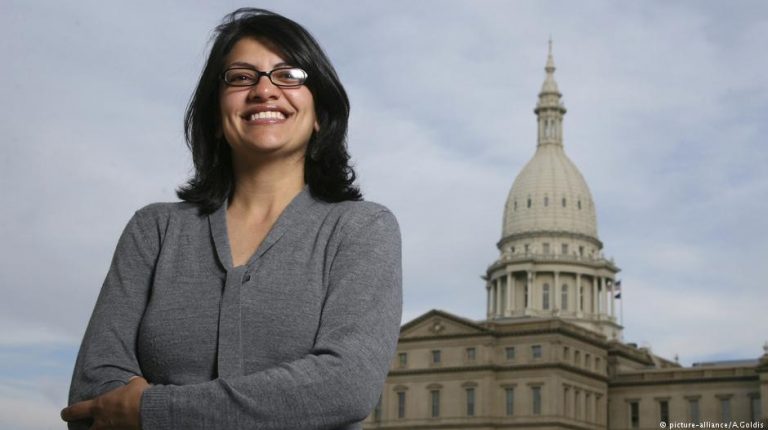 Democratic candidate Rashida Tlaib is about to make history by becoming the first Muslim woman elected to Congress. She said that although people “can’t pronounce my name, they remember the thing that I do for them.”Former state lawmaker Rashida Tlaib is set to become the first Muslim woman elected to the US Congress after winning the Democratic nomination in Michigan.

Tlaib ran against five other Democratic candidates in the District 13 race and took 33.6 percent of the vote, the The Independent newspaper reported. Unabashedly progressive in her views, she ran a strong grassroots campaign, raising more than $1 million (€862,500).

The 42-year-old served in the Michigan House of Representatives from 2009 until 2014, where she was also the first Muslim woman representative.

Read more: Is Europe bold enough to counter US ambivalence?

Taking over from veteran lawmaker

As of Wednesday, there are no Republican candidates contesting the seat. That means Tlaib will enter Congress unopposed on November 6, 2018, when she will formally replace veteran lawmaker John Conyers Jr. and start a two-year term in January.

Conyers served from 1965 until last year when he stepped down for health reasons. He had been accused of sexual harassment by several former female staffers, according to local broadcaster Michigan Radio.

Tlaib describes herself as a “Palestinian American,” a “proud Muslim” and a “social worker at heart.”

“Even though people still may not understand my faith, I expose it in such an impactful way through public service,” Tlaib told the Detroit News. “People still can’t pronounce my name, but they remember the things that I do for them.”

The November mid-term elections are seen as a litmus test for the Trump administration’s hard line policies.