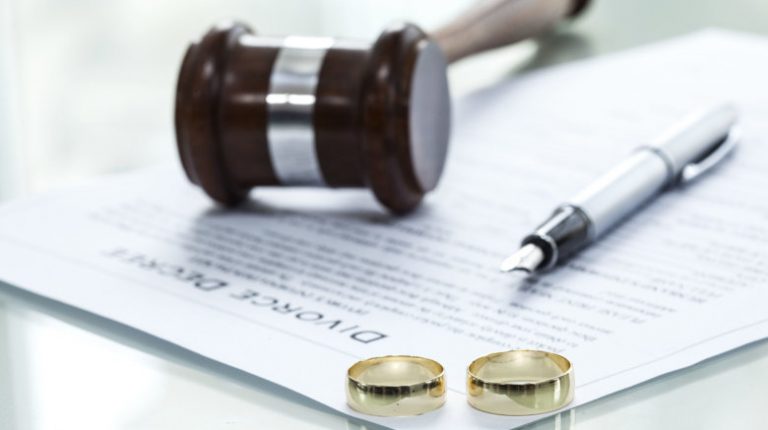 Egypt is ranked among the countries with the greatest rates of separation between husbands and wives, hence the United Nations (UN) has ranked Egypt as first in divorce rates.

Notably, divorce rates in Egypt witnessed a great increase in the last period, if it is compared to the marriage rates, according to the latest report of the Central Agency For Public Mobilization and Statistics (CAPMAS).

In a February report, it was stated that divorce rates increased by 6.5% from December 2016 to December 2017.

Moreover, the report revealed the exact numbers of divorce forms in the period from January to December 2017 that was 192,000.

Divorce has many forms, but one of these forms carries more painful stories, namely, divorce on discharge.

Difference between divorce on discharge, normal divorce, and khul` (women divorcing their husbands)

For his part, Mohamed Gamal, who works as a Mazoun who officiates the marriage process told DNE that the divorce on discharge is close to the Khul`, but it differs from the normal divorce.

He explained that the normal divorce is that the man divorces his wife, giving to her all her rights, which are, the pleasure alimony, the “El Eida” alimony (paid by the husband after the divorce for several months to know whether she is pregnant or not by him and wait before she marries another, to avoid bearing a child without knowing who the child belongs to), and the dowry.

Concerning the khul`, Naglaa Ayyad, founder of the New Beginning initiative, which aims to help divorced women overcome society’s stereotypical perspective concerning divorcees told DNE that the women prefer to divorce on discharge rather than raise a khul` case as it is time-consuming process that takes at least six months to have an judgment issued, noting that in the khul` also women lose all their rights.

Agreeing with Naglaa, Gamal explained that the only difference between khul` and the divorce is that, the judge is the one who forces men to divorce the women, while, in the cases of divorce on discharge the man is the one who divorces his wife, but in the two cases the woman loses her rights.

Gamal stated that throughout his work as a Mazoun, which is close to 25 years, he found only a small percentage of men performing their legitimate rights of their wives at the time of divorce, and that nearly 80% of the cases, in which he was present were divorces or discharge took place.

He explained that in this manner of divorce, the return (to marry his wife again) in this case, requires conditions as if they remarry, with a new dowry.

He explained that Mazouns in general prefer this type of marriage as not to call in the judge to be a witness on an alimony issue raised by the wives to take their rights.

Gamal stated that according to religion this form of divorce is Halal (religiously correct), but the concept or the reasons behind it leads women to waive all their rights, in order to get divorced is what is really disappointing and Haram (religiously forbidden). Hence, the question remains is what leads women to resort to this kind of divorce?

To answer the aforementioned question, women shared their stories with DNE, the transcript for which is below, lightly edited for clarity:

Divorce or discharge is exploited for material blackmail

Aya Ahmed, who is 40-years old, works as a teacher in an international school, started her story by telling DNE that it is difficult to talk about her divorce experience. She struggled to open up about the topic even before recalling her story. She inhales deeply before narrating her experience, but tears well up so fast that she cannot begin to speak.

The embarrassment, she said, was overwhelming for what she was about to share. “My story is different than most divorce cases you heard about, and that’s why I’m very shy to share the details,” she sobs. She said that her family forced her to marry through a traditional marriage as she became older, and after a year of marriage, the problems with her husband’s began. She continued as her family was thinking that she was getting older, so they welcomed the marriage without even asking about her husband`s family, and that led to her marrying without knowing any information about her husband.

“He exploited any small mistake to make a big problem, at first I tried to solve the problems, then he told me that he did not love me and that if I wanted a divorce, I should waive all my rights in addition to selling to him a villa that I owned,” she said with tears in her eyes, adding, “I was surprised by this new person that I did not know, then at first I fought with him many times. She continued that she thought to waive all her rights in order to divorce from him, in order to take a rest from the fights. She explained that unfortunately after the divorce she found that her husband married before her four women and that he did to them exactly what he did to her, unfortunately she found that he is a professional con man and that he exploited her through marriage to take money from her.

Violence can lead to divorce or discharge

Meanwhile, the second story differs somehow than the first story, in which Nahla Hamed who is 29-years old, works as a nurse in a hospital, told DNE that she decided to divorce or discharge her husband to get free from the prison that she was living in. “The prison can also be living with someone who just sees you as a walking bank and a sex object,” she narrated with tears. She explained that she married her husband following a strong love story, then she was surprised that he is a serious drug and sex addict. Hamed continued that he used to rape her everyday, and to take from her money to buy drugs. Then after refusing all these actions, he constantly cheated on her with several women, one after the other,” she said with disgust. “After that he used to force me to go to my mother’s house so that he could bring other women home,” she said with a quivering voice. “I would hear from neighbours that women were visiting my home, while I was away,” she continued sadly. “I thought at that time, that I should end this dilemma and that we must separate, but unfortunately he refused, then he negotiated with me till we reached the decision of the divorce or discharge,” she said. It was not an easy option to divorce, especially that my family started imposing a lot of restrictions on my behaviour and activities.

Sometimes women offer their husbands this type of divorce

For her part, a businessperson who preferred to remain anonymous, told DNE that her husband was a good person and that he did not do anything to annoy her, but she felt that she was oppressing him as she did not love him to the extent that he loved her. “I talked with him, and I decided to divorce on discharge as he did not hurt me, moreover, the marriage was very costly for him, so it was illogical to find that divorce is costlier,” she asserted, adding, “at first, he refused the idea and was surprised, but after that I convinced him as it is his right.”

Finally, as a Middle Eastern country, divorce was never an easy option especially for women who are usually subject to social pressure after divorce as their families start imposing a lot of restrictions on their behaviours and activities. However, some women started to disregard the traditional constraints; divorce rates have become higher than ever in Egypt. But to reach this point that women divorce and waive their rights, means they have reached a very misunderstood point.

In those terms, Hanan Sabry, a life coach, told DNE that there is a significant rise in divorce rates in Egypt for many reasons, which are that young men and women are not eligible for marriage. They do not fully comprehend the requirements of marriage, or the responsibilities that they must face in wedlock. She also noted that no one in Egypt reads books about marriage before getting married.

She noted that the solution to those problems is that the newly wed couples should take courses before marriage on being prepared for it, which are regularly held at mosques and churches.

Moreover, she has some tips for couples after marriage to refresh their married life and to break away from routine. This includes staying keen to participate in the interests of your partner, such as going to the gym, or to devote a day of the week to spend time together, hanging out or doing something special together. Couples may also try to form romantic moments and cherished memories, she said, in order to help them overcome their problems. “Also, read a lot of books about marriage because culturing yourself reduces the incidence of problems,” she said.

“Taking into consideration that every age comes with new skills and changes that occur in men and women, that must be accepted and dealt with in the right way,” she asserted.

Suicide bombing near church in Mustord