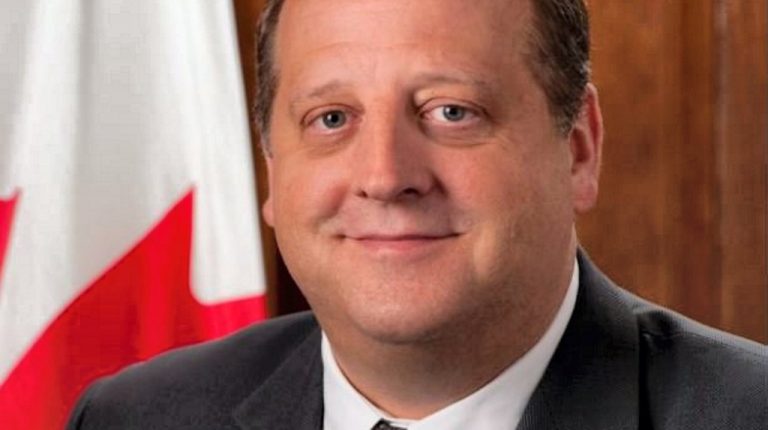 On 5 August, Saudi Arabia expelled Canadian Ambassador Dennis Horak and announced freezing all trade and investment relations with Canada. In an official statement, the Saudi Foreign Affairs Ministry said it refuted unfounded claims by its Canadian counterpart and embassy on violating the rights of detained activists and demanding their immediate release.

The Saudi ministry said “so-called activists” were arrested based on prosecution orders according to accusations they face and that they have been guaranteed rights during investigations and trial. It then accused Canada of interfering in the kingdom’s internal affairs, in violation of protocol—an assault of judicial authority and against the principle of sovereignty.

“Canada is gravely concerned about additional arrests of civil society and women’s rights activists in #SaudiArabia, including Samar Badawi. We urge the Saudi authorities to immediately release them and all other peaceful #humanrights activists,” the Canadian Foreign Ministry tweeted on 3 August, retweeted by the embassy.

Amid intensification, Saudi FM Adel Al-Jubair stated that the matter was “not about human rights,” but about “national security,” as he warned of further punitive measures and closed doors for mediation. A media campaign was launched in which the kingdom said thousands of Canadians lived safely there.

In an unprecedented escalation, the Saudi government ordered thousands of its students in Canada to relocate to other countries. Canada did not back off in response, as Prime Minister Justin Trudeau said his country would not hesitate to defend human rights anywhere in the world.

Backed by Arab countries, Saudi Arabia cut diplomatic relations with Iran and Qatar last year over claims of foreign interference in its affairs, an accusation often used in response to criticism of human rights in Arab countries, which have become more sensitive to what they describe as foreign agendas, especially in the aftermath of the Arab Spring.

Foreign interference in other countries’ affairs has been historically evident in war in the Middle East and the rest of the world; besides criticism of human rights, history has witnessed other forms of such interference in countries’ politics to serve a nation’s interests.

Two of the world’s superpowers are having diplomatic tensions over a similar matter. Accusations against Russia of meddling in the 2016 US presidential election have been subject to investigations by US authorities for over a year now.

Canada is the third to join Saudi Arabia’s list of countries reprimanded over so-called interference, but the kingdom itself has faced similar accusations in cases far more serious than commenting on human rights violations.

Arab countries including Egypt, Bahrain, the UAE, and the Palestinian Authority, along with the Arab League, have backed Saudi Arabia’s stance against Canada, while Qatar has not.

This is because a Saudi-led boycott of Qatar was initiated in 2017 over disputes, which included relations with Iran, as the Saudis accused both countries of meddling with its internal affairs. Bahrain, Egypt, and the UAE made up the quartet with the kingdom against Qatar, a move backed by the Arab League.

Bahrain for example accused Iran of instructing terrorist acts on its soil, including a fire in its main pipeline in November 2017. Egypt, for its part, has led a fierce campaign blaming Qatar for harbouring members of the outlawed Muslim Brotherhood and hostility to its current regime by Al-Jazeera network.

Moreover, in May, the Saudi government suspended contracts and business dealings with German firms, nearly six months after it had summoned mutual ambassadors to protest comments on the Lebanon crisis, although German FM Sigmar Gabriel had not directly pointed fingers at Saudi Arabia.

The crisis drew severe criticism over the kingdom’s own interference in Lebanese affairs, after PM Saad Al-Hariri announced his resignation from Riyadh, with reports of him having been under house arrest amid Saudi pressure to blame Iranian interference and influence in Lebanon.

But most controversial is Saudi’s war in Yemen, where it has military intervened since 2015 to influence the outcome of the Yemeni civil war in favour of the government of President Abdrabbuh Mansur Hadi.

UN Secretary-General António Guterres recently called for an independent investigation into a Saudi-led coalition airstrike in Yemen that killed dozens of children on Thursday. 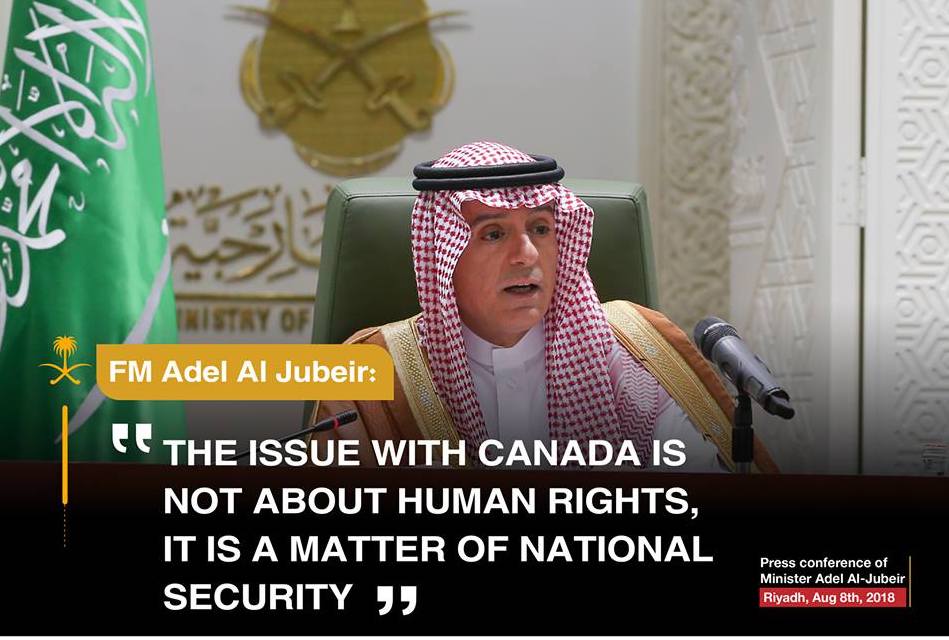 Egypt’s tensions with Qatar and Turkey are mainly over their support of the Brotherhood, whose representative former president of the country, Mohamed Morsi, was ousted in 2013 as the 30 June revolts erupted.

After that, when Al-Sisi came to power, Egypt often engaged in a war of words with both countries and criticised Western countries, which called the events a military coup d’etat.

Human Rights Watch, Amnesty International, and Reporters Without Borders are three of Egypt’s top enemy rights monitor groups. Their websites have been blocked in the country and the Ministry of Foreign Affairs has repeatedly slammed their reports on various issues related to human rights, including police torture, enforced disappearances, and political crackdowns.

Egypt has been particularly intolerant of such foreign reports, viewing them as unacceptable interference in its local affairs. Pro-government media campaigns revolved around telling people that those reports were foreign agendas, which would not be imposed.

In the latest presidential election, the Egyptian government had a similar reaction, rejecting all criticism of oppression against Al-Sisi’s rivals.

According to Al-Ahram, the Egyptian embassy in Berlin issued a statement expressing its complete rejection of recent comments by the German Human Rights Commissioner concerning the presidential election in Egypt and human rights situation in the country.

“The Egyptian embassy stresses its rejection of any unacceptable interference in Egypt’s internal affairs, which is based on a non-objective assessment to realities in the country,” it said in a March statement.

The issue started after the 2011 revolution, when a mass gag on foreign civil society organisations working in Egypt was launched resulting in the trial, expulsion, and closure of dozens of NGOs and workers. To date, some Egyptian civil society workers face charges of illicitly collaborating with and obtaining funds from foreign NGOs to advance their so-called agendas. 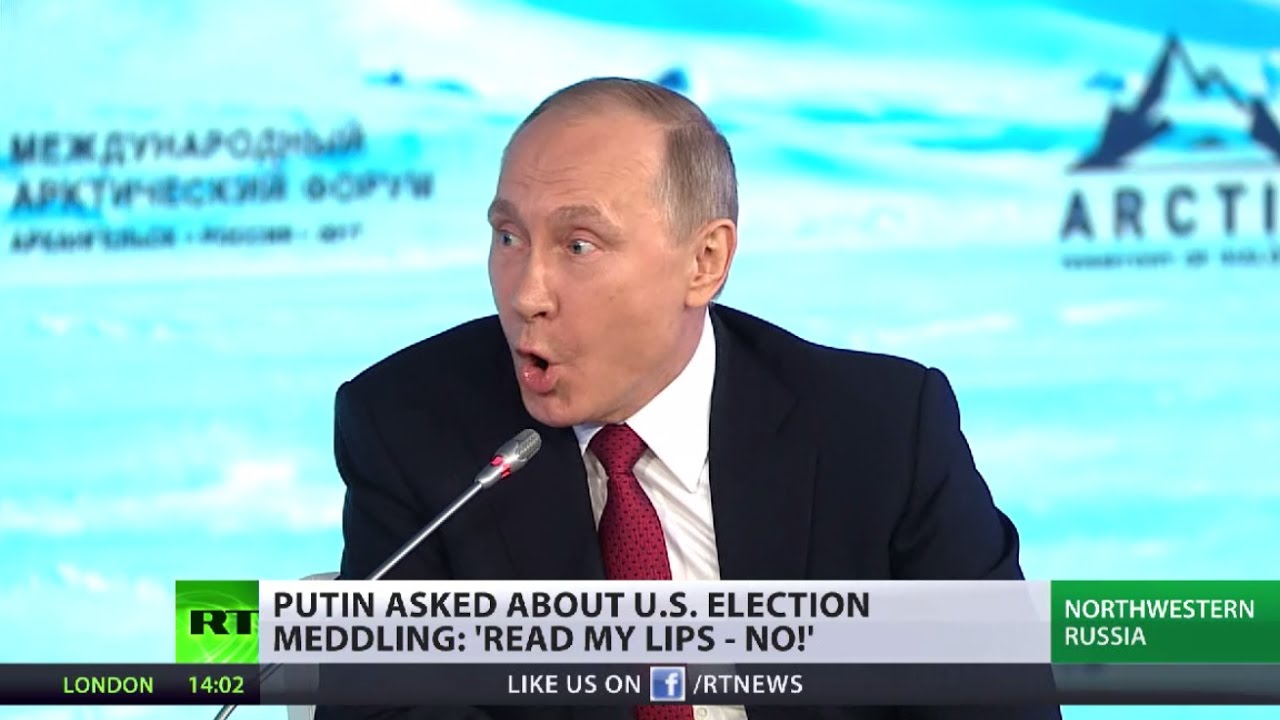 As the affair of Russian meddling in US elections erupted, dozens of reports emerged on the US history of intervening in other countries’ politics.

“Bags of cash delivered to a Rome hotel for favoured Italian candidates. Scandalous stories leaked to foreign newspapers to swing an election in Nicaragua. Millions of pamphlets, posters, and stickers printed to defeat an incumbent in Serbia. The long arm of Vladimir Putin? No, just a small sample of the United States’ history of intervention in foreign elections,” The New York Times said in a February report.

Meanwhile, the report added that the CIA helped overthrow elected leaders in Iran and Guatemala in the 1950s and backed violent coups in several other countries in the 1960s. It plotted assassinations and supported brutal anti-Communist governments in Latin America, Africa, and Asia. Experts speaking to the New York Times frequently defended the process.

A 2016 study by scholar Dov Levin showed that the US attempted to influence the elections of foreign countries as many as 81 times between 1946 and 2000 only. According to the Centre for Research on Globalisation, Levin’s study showed that the US continued such patterns even after the collapse of the Soviet Union in 1991, including elections in Israel, former Czechoslovakia, and even Russia in 1996, and since 2000, the US has attempted to sway elections in Ukraine, Kenya, Lebanon, and Afghanistan, among others.

Russia has reportedly intervened 36 times between 1946 and 2000. In the 2014 Ukrainian presidential election, it was reported that alleged Russian hackers had almost destroyed the national electoral process and forged the final results.

In 2017, the UK Electoral Commission launched investigations into possible Russian meddling with the Brexit poll.