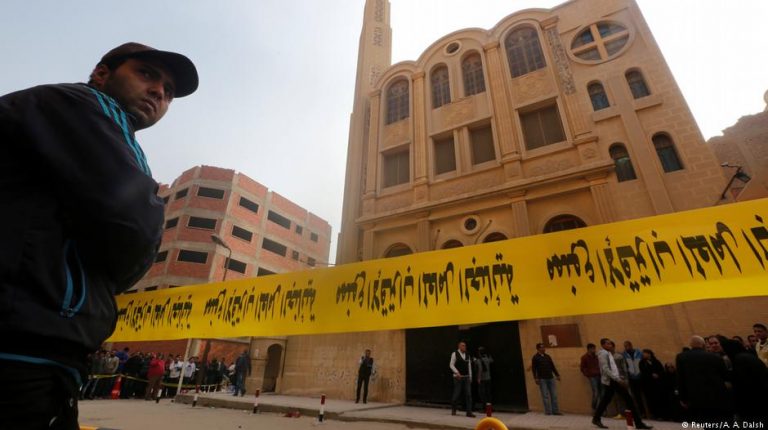 A suicide bombing took place on Saturday at noon on a bridge meters away from the Saint Mary Coptic Orthodox Church in Shoubra neighbourhood, leading to the death of one person, according to the Ministry of Health.

The ministry however did not specify in its statement whether the killed individual was the bomber of another civilian.

Dozens of Coptic worshipers have been attending the church Saturday morning as part of the preparations of the Feast of Assumption of Mary, which takes place in August.

Eyewitnesses told Daily News Egypt that the attacker, who was seen wearing a uniform of a construction worker, attempted to enter the gates of the church but failed, leading to him being chased by the police. Minutes afterwards, eyewitnesses said the attacker exploded while running on a bridge.

Ministry of Health spokesperson Khaled Megahed said that the body of the attacker has been torn due to the explosion. After the incident, members of the forensic medicine department and the prosecution surveyed the area and transported the remains of the body.

Hegumen Abdel Messeh Bassit told the privately-owned news website Masrawy that security forces have dismantled another bomb within the area of the church.

The Coptic Orthodox Church celebrates the Feast of the Assumption of Mary throughout all Egyptian governorates. Processions through the street around The Holy Virgin Mary Monastery in Assiut usually take place, as well as prayers and celebrations across other churches and monasteries, such as the Virgin Mary and Mar Youhanna Church in Sharqeya among others.

Monk reportedly attempts to commit suicide, another gets defrocked