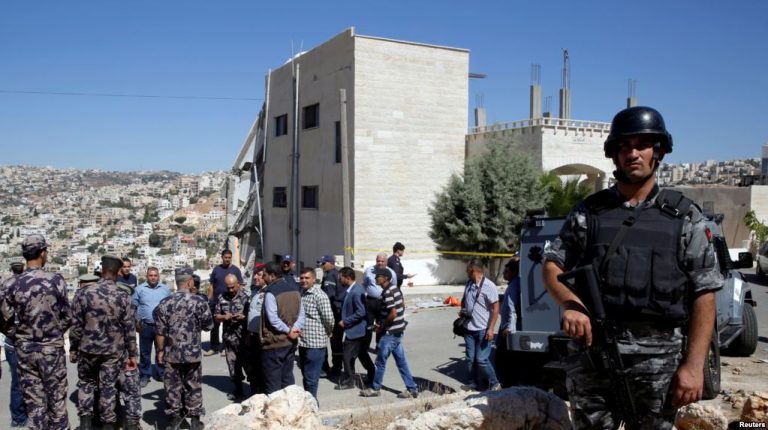 Egypt strongly condemned on Sunday the terror attack that targeted a police patrol in Amman, the capital of Jordan, which resulted in the killing of one police officer and the wounding of six others, according to a statement from Foreign Ministry spokesperson Ahmed Abou Zaid.

On Saturday, the Jordanian ministry of interior announced the death of one police officer and the injury of six others on Friday in a terror incident caused by a bomb that was planted under a car for a security patrol that was assigned to secure an artistic festival in western Amman.

The statement asserted that Egypt stands with the Jordanian government and people in the fight against terrorism, sending Egyptians’ condolences to the Jordanian officer’s relatives and hoping for a speedy recovery for those who were injured in the attack.

The ministry said that those attacks will not stop Egypt and Jordan from fighting terrorism, asserting Egypt’s vision, which stresses the necessity of taking serious steps to stop the funding, training, and hiding of terror groups.

Moreover, the Jordanian security forces announced on Sunday that four security personnel were killed, as well as three alleged terrorists, in a security raid on a building in Al-Salt city on Saturday in response to the terror attack on Friday.

According to official statements from the Jordanian government, suspects of those who conducted the Friday terror attack were believed to be hiding in that building. All the suspects are Jordanian.

Police kill six alleged militants in an exchange of fire