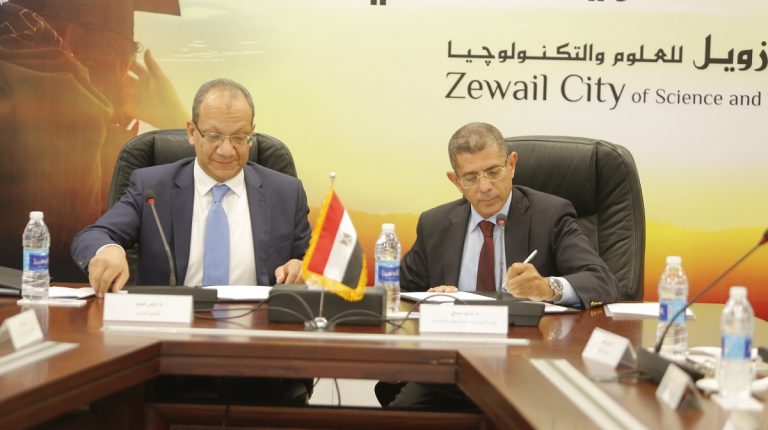 The National Bank of Kuwait (NBK) has allocated EGP 30m to support corporate social responsibility (CSR) in 2018, according to CEO and Managing Director Yasser Ismail Hassan.

On Sunday, NBK – Egypt signed a cooperation agreement with Zewail City for Science and Technology to fund 10 scholarships for five years, worth EGP 6.25m.

The protocol is part of a strategy between the two sides that aims to support scientific research development and enabling innovative youth to improve the Egyptian community, which is also in line with the state’s 2030 vision.

The protocol includes selecting a number of students based on specific criteria to ensure sustainability and maintain distinct academic performance.

Sherif Sedky, CEO of Zewail City, said that research proved that there is no better investment than in science, noting that Zewail City alone cannot fulfil this role, which brings in the importance of cooperating with the private sector, such as NBK – Egypt.

Sedky stressed that such agreements contribute to completing the dream of Ahmed Zewail of making the city a lighthouse for education in the Middle East and giving rise to distinct scholars who can contribute to the development of the Egyptian economy and put Egypt in the ranks of advanced countries.

According to Hassan, the agreement is part of the NBK – Egypt’s CSR role and contributions that do not target profit, but rather community development.

Hassan explained that Zewail City’s scholarships serve as a model for trustworthy bodies that make the best use of resources.

He added that NBK’s policy regionally and internationally in CSR is focused on education and health, in their belief that the sectors have special importance in developing nations.