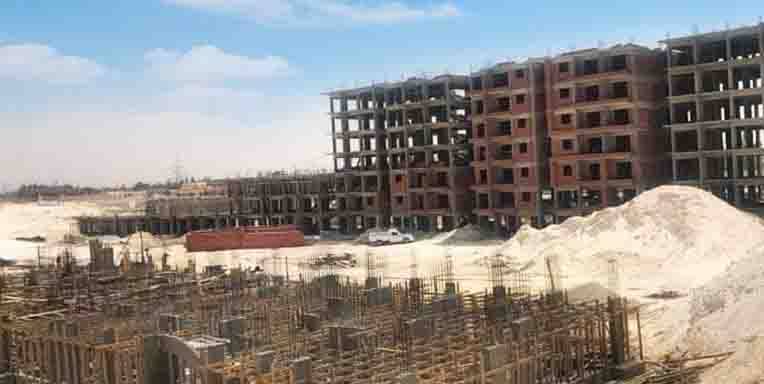 Rofaida Real Estate Group plans to develop a new seaside project in North Coast on 30 feddans during next year, according to Ramy Abdel Aziz, assistant to the chairperson.

Abdel Aziz said that the project will be developed in a partnership and the company is preparing the project’s feasibility study for it.

He noted that the group has launched the second phase of Row Marina project in North Coast.

Additionally, Abdel Aziz pointed out that the group has completed the marketing of the first phase of Row Marina, which included 270 apartments of the total units of 540 units.

Row Marina is over 20,000 sqm and is close to the New El Alamein city, located at Kilo 102 Alexandria/Matrouh Road. It includes 16 buildings including 540 units, ranging between 50 to 125 sqm, along with including a commercial mall and is being marketed through renting system, as well the presence of a mosque, swimming pools, and restaurants. The project is being developed on two phases.

He expected additional increases in prices by about 50% next year with the expected increase in cost in the light of successive increase in fuel prices.

“The largest proportion of customers buy tourism and summer units mainly to invest in these units due to the continuing rise in prices in excess of the rest of the investment vessels,” Abdel Aziz elaborated, adding, “The group focuses on marketing its units to customers from outside Egypt, especially from Saudi Arabia and the UAE; however, the company does not plan to participate in real estate exhibitions during the current year.”

CEO Amr Abdel Aziz said that Rofaida has carried out 55% of the construction of Row Marina after obtaining construction permits and plans to complete the entire project in 2020.

Abdel Aziz added that the company has received offers from owners of land for development in partnership with the cities of Sixth of October and New Cairo with areas ranging between 10 and 40 feddans and it is under study.

He explained that the company does not plan to develop projects in the New Administrative Capital in the short-term, in light of the presence of large competition in the capital with the entry of large companies. In addition, developing projects in the capital requires large liquidity with the necessity of completing developing the project and paying the value of the land in three to five years, which put more financial burdens on the developers.

He explained that real development of the North Coast requires turning it into first home, not just a resort, by creating a developmental backbone for projects on the coastal strip, which includes industrial and services areas, such as universities, hospitals, schools, and others to relieve pressure on Cairo and the Delta, in light of the large population growth annually.