Mercedes-Benz organised a global two-day test drive of an updated C-Class in Luxembourg,  inviting numerous automotive experts from around the world to learn about all new improvements to the C-Class models’ interior and exterior standards.

Through its representative office in Egypt and the Marketing and PR Senior rManager Marie Zarif, Mercedes-Benz invited Daily News Egypt to participate in the event and get a closer look at the new models, which are expected to be officially released in the Egyptian market within a few days. 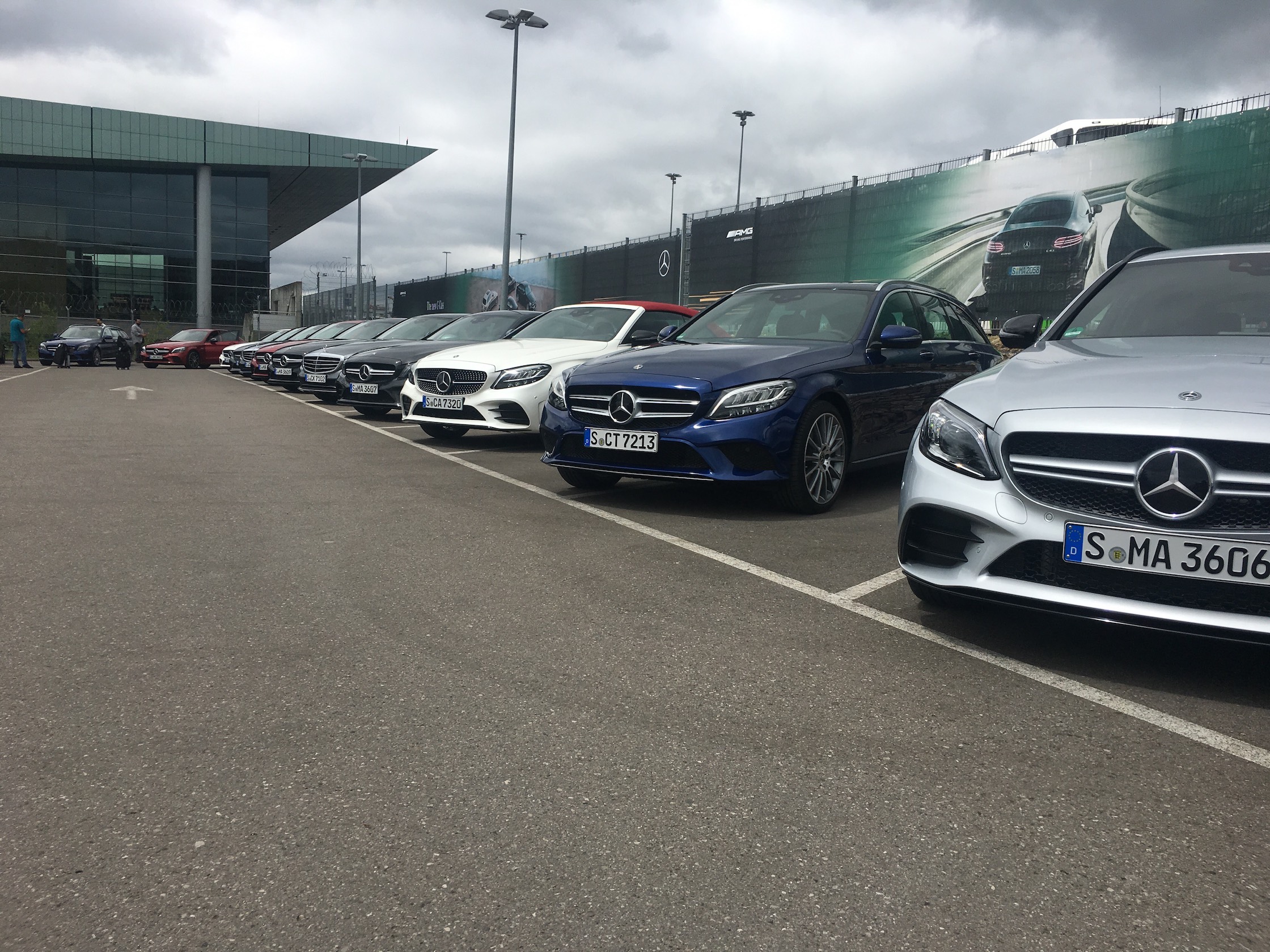 The Egyptian delegation of journalists specialised in the automotive sector travelled from the Cairo International Airport to Germany where all stayed for a night, and then headed to Luxembourg to start the test drive.

The delegation was welcomed by the parent company’s representatives. The event began by briefing the journalists about the different models of Mercedes-Benz C-Class. The models included C-Class Sedan, C-Class Coupe, AMG C-Class, AMG 4Matic coupe, C-Class Coupe and Cabriolet, and C-Class Station.

Journalists from DNE started their test drive with an unfamiliar model to the Egyptian market. It was a C-Class Station Wagon powered by a 2,400cc diesel engine. We chose this model to get acquainted with this advanced technology lacking in Egypt, for different reasons to be discussed in future reports.

The first test drive was conducted on distinctive roads and lasted for about three hours. The car was easy to ride and its engine was very quiet to the extent that it was difficult to distinguish it from gasoline engines, especially after applying new technologies to this type of engine.

Several major changes were made to the C-Class interior design that will be unveiled very soon.

After the first phase of the test drive, we returned to the hotel where the company’s team provided a detailed presentation about the modifications and updates made to all C-Class models.

The Mercedes-Benz team divided the presentation into four sections:
First, there were some updates to the exterior, with only minor changes to the grilles, bumpers, and wheels to report. There are new configurations for the full-LED headlamps, however, the more basic setup offering two rows of LED units one atop the other. 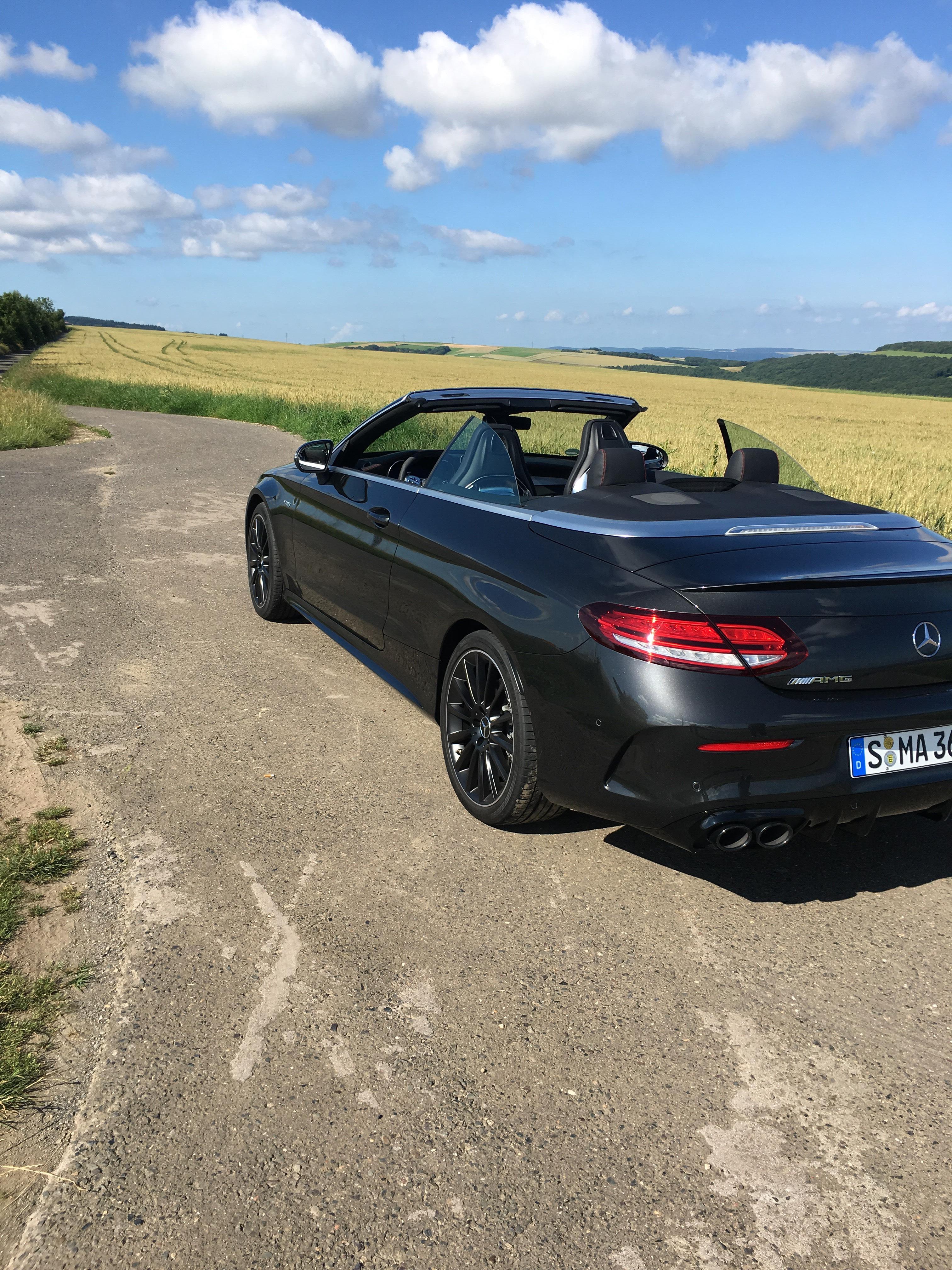 Second, all the engines are either all-new or updated. Many changes were made to modify the cars with their sports nature, whose horsepower increased, especially, in diesel engines and some gasoline ones.

Third, Mercedes-Benz team explained new changes in the AMG category. Inside, the optional AMG performance seats are amazingly thin, but remarkably comfortable and supportive. There is a new steering wheel with a flattened bottom and updated arrays of wheel-mounted functions operated by touch.

Fourth, C-Class sets new technology standards connecting the car to the driver’s mobile phone to identify any tiny scratch, which may occur to the car, using a surround-view camera system, which scans the road and warns the driver of potential collision.

In the second day, we drove the AMG C-Class, but interestingly, we drove it in the Coupe and Cabriolet style, which is powered by a turbocharged 6-cylinder engine.

It was a real joy to drive such a powerful car on a distinguished road near vineyards. The car reached a speed of 270 kph, but we could not go beyond that limit though, yet we enjoyed the drive and the unique interior.

Hockenheim beckons, but is the writing on the wall for Formula One in Germany?