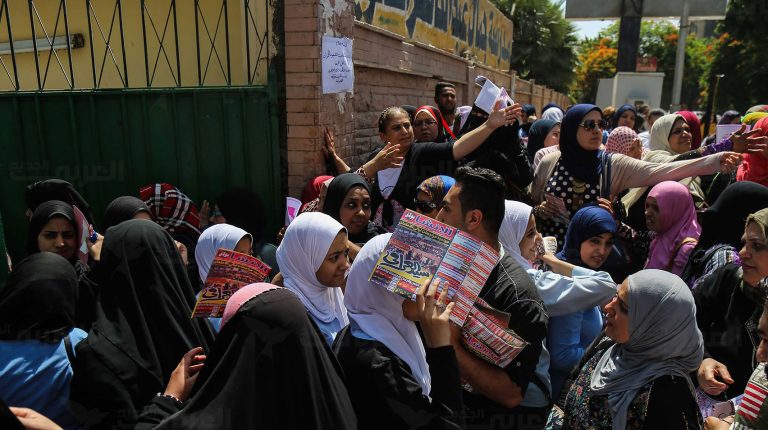 Egypt’s long-applied Thanaweya Amma system is to be changed within the upcoming years, after being replaced by the new system adopted by the government, which is expected to improve the condition of secondary education for the first time in the history of the country.

Last month, during the sixth National Youth Conference, Minister of Education Tarek Shawky announced the programme of the new secondary education system that will replace the traditional Thanaweya Amma system in the academic year 2018/19 through cancelling the scoring system of calculating total grades and switching to a grade point average (GPA).

The GPA system will evaluate students based on performance of coursework and electronically graded multiple-choice exams, while the current system evaluates only students’ answers on final examinations.

The upcoming Thanaweya Amma system will grade students based on the three years of study in that educational stage, instead of the final year in the current system. The new secondary system is mainly based on technology through submitting tablet devices to students and teachers.

The ministry believes that the new system will eliminate the phenomenon of cheating and private tutoring, and it will increase learning and creativity skills in students.

Mohamed Omar, deputy minister of education for teachers’ affairs, revealed that the ministry’s plan to deal with the phenomenon of private lessons is through imposing tough sanctions on those who give private lessons and that no educational teacher will be allowed to engage in this activity without prior authorisation from the state.

Training of teachers will start in September to qualify them to be eligible with the new system, which will be applied on students of the first secondary stage. The new system will end the traditional Thanaweya Amma system by 2020/21, and it will limit private lessons and difficult, indirect exams. Thanaweya Amma exams usually include questions not suitable for the learning levels of students.

The development plan will require students to use tablets in learning and acquiring information through the new national educational platform Knowledge Bank and other sources. A large number of schools have been equipped to use technology, and the rest of the schools will be completed by the start of the new school year.

Egypt’s Knowledge Bank will play an important role in the new system of secondary education, and its role will be inside and outside the school. The ministry is working on adding new content to the bank to serve students in their studies.

The platform is expected to help students to rely on other sources for learning rather than relying on school books only, as it will provide other educational sources and references that students can look for in cases of research or understanding.

Shawky developed other several innovative initiatives, including an online digital portal that includes educational, research, and cultural resources for a wide array of users, and Teacher First, a training programme for teachers on using ICT techniques in education, which are now available for Egyptian teachers.

However, while the system will witness major changes, there will be no change to the format of university admission.

Thanaweya Amma is Egypt’s secondary school certificate, which is a prerequisite to apply for any universities or higher education institutions. Since students will be using tablets, the ministry is currently working on the processing of the technological infrastructure within schools to include the development of an internal server for each school, including the digital content of the curriculum. Internet will be the basis of the system, as the questions and curriculum will all be available through it.

The Ministry of Education said previously that the development plan is only limited to changing the evaluation system, noting that it is only seeking to develop the evaluation to measure the skills of understanding and creativity rather than conservation and indoctrination.

The ministry aims to qualify students to enter university in ways that meet the needs of the labour market and the process of industrial revolution.

Under the new system, the student will perform twelve exams during the three years of the secondary level, where the current national exam, which takes place in the secondary school every year, will be cancelled.

The exams will witness substantial changes in form and content to encourage student thinking skills. They will initially be based on multiple-choice systems, short- and long-term answers, projects, and verbal fluency.

The results of the exams will be compiled during the three years through average cumulative grade point system (GPA), which will determine the student graduation and total grades.

The responsibility for implementing this new system will be shared by Parliament, the Ministry of Education, and the Ministry of Communications. The minister of education has previously presented to Parliament executive plans for the implementation of the new secondary school system, which were approved.

Parents spend large amounts of money on private tutoring, as well as school tuition fees. Students depend on private tutoring more than school classes during the Thanaweya Amma stage to learn the subjects they will be tested on. The majority of those studying in governmental schools do not attend their classes. Private tutoring could lead a family to pay over EGP 20,000 in a single year.

The exam seasons of the past two years saw the leaking of exam papers by online pages, which resulted in the arrest of several Ministry of Education officials. Education experts have always criticised the secondary system for including syllabuses that add no long-term benefits to the system.

For years, Thanaweya Amma has been a nightmare for Egyptian students, stirring among them fears and doubts of not reaching their goals—as in many cases, the final total of their grades was the main reason that hindered some students from entering the faculty of their dreams. The system in Egypt is very complicated, as students are required to study a number of subjects, and the grades of each subject are combined to come up with the total that determines which faculty he or she can apply for.