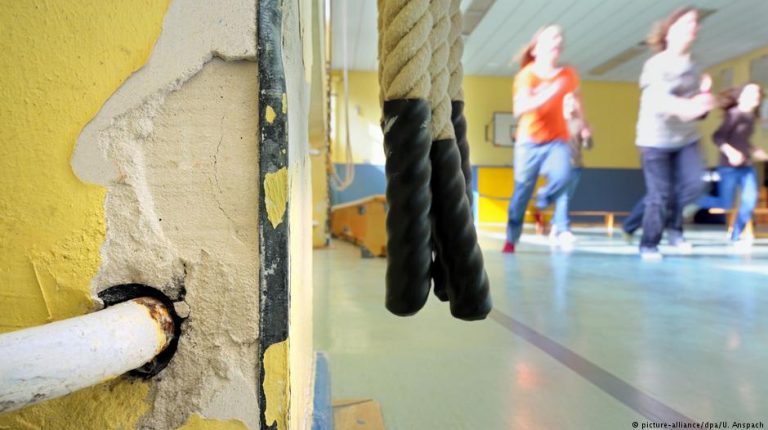 While investment in German municipal infrastructure has been on the rise, it’s not keeping up with growing demand. Schools are hit particularly hard by the resulting backlog, a fresh study has shown.Researchers from Germany’s state-owned KfW development bank said Wednesday that the backlog of investment in the country’s municipalities had reached a new high of nearly €159 billion ($180 billion).

A survey that KfW Research compiled in the summer months revealed that schools across Germany are most affected by the backlog, accounting for almost €48 billion in missing funds and growing by some €15 billion year on year.

The study added that municipalities were also increasingly unable to invest enough in child care centers, with the backlog of investment in day care for very young children now standing at €7.6 billion.

“The number of children under the age of six has grown by 450,000 over the past eight years,” said KfW Chief Economist Jörg Zeuner. “On top of growing numbers of children and students, ambitions such as the considerable expansion of all-day child care in Germany are increasing the demand for municipal investment in the education sector.

The study emphasized that higher municipal investment expenditure on schools and day care centers as seen in recent years had not necessarily resulted in direct improvements of the infrastructure on the ground, the reason being that a large portion of additional spending had been eaten up by rising construction costs.

An added irritation had been capacity bottlenecks in municipal administration and a lack of available building workers, hampering the planning and implementation of projects.

The KfW survey calculated that at the current level of investment, considerably reducing the backlog for schools and day care centers would take nearly seven years.