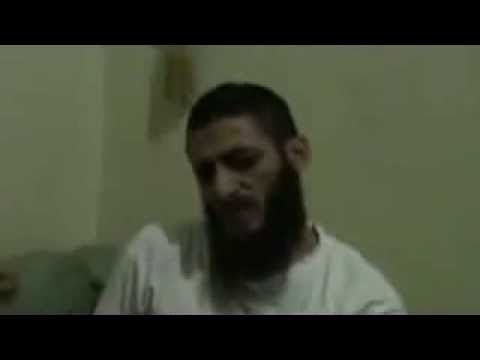 President and CEO of Lava Technology India in Egypt and Africa, Vikram Parmar, said that Egypt has always been a strategic choice for foreign investors given by its unique geographical position, skilled, and dedicated workforce, huge domestic market and low labour costs.

“Egypt is also considered one of the top five Foreign Direct Investments (FDI) destinations in Africa,” Parmar told Daily News Egypt adding that nevertheless, Egypt faced a significant drop in FDI right after the economic and political crisis that occurred, as a result of the revolution in January 2011.

Parmar noted that in 2014, the economy began to pick up again, thus it gave way for the FDI to surge as well. It rose from $4.3bn to $6.9bn in 2015, which was marked as a significant improvement of almost 50% in FDI influx that concentrated in both the banking and telecommunications sectors.

With the closeness of the both cultures emotionally and economically Lava the number one Indian handset manufacturer took the step and started invading the Egyptian market with outstanding mobile phones that meets the customer’s expectations. Integrity, adaptability, and passion for excellence are key values which enables the company to operate efficiently and always hoping for better in any destination.

In 2017, the Indian giant started operating in Egypt, providing the Egyptian talents with several working opportunities and trainings. The companies’ workforce in Egypt now is almost 1000 and this number is willing to increase. In the coming years Lava is committed to its endeavour of increasing employment and skill development of the Egyptian youth. In this regard, the company is collaborating with the Egyptian Ministry of Military Production and smart company to transfer and localise mobile handset manufacturing technology in Egypt. In the coming few months Lava will manufacture their products in Egypt, thus providing young talents with more working opportunities and enable them to enrich their experience.

Lava has embarked on ambitious journey of empowering every customer with quality innovative products. The company provides the Egyptians with a wide variety of smart and feature mobile phones to give the customer the opportunity to choose the best option that fits him. Lava has been dedicated to not only provide the best mobile handsets, but also, they offer a great after sale service with the largest number of service centres network in Egypt to make sure its accessibility to all consumers across Egypt.

Egypt was the first step for Lava to explore Africa, recently Lava expanded in several countries in Africa including Sudan, Kenya, Tanzania, and Nigeria and they chose Egypt to be the Headquarters for all Africa business. They are willing to introduce their products in the previous mentioned countries to enable its customers to examine the well-known Indian handsets.

During the period of 2014/2015, the top three investors in Egypt were the United Kingdom, the United Arab Emirates, and the United States of America with 47.4%, 10.6%, 7.0% respectively, mentioned Parmar.

Additionally, Parmar said that the main sector that benefited from the FDI was the oil sector with 53.2% of the total investments in Egypt followed by other sectors like finance, construction, real estate, and manufacturing with very minor proportions that ranged from 3.8%-0.5%.

One other sector that is now benefitting from FDI is the manufacturing industry which makes up about 16% of Egypt’s GDP and employs about 12% of the total labour force in the country. In 2017, the manufacturing production has grown by 52.3% and is expected to grow by another 13.2% this quarter. The government aims to strengthen the sector by carrying out a strategy to focus on small and medium-sized businesses and improving the financing channels as well. The noticeable influx of FDI that Egypt has been witnessing for the past year has allowed for more investments in the manufacturing industry given its evident growth in 2017.

Moreover, Egypt is now enjoying a rise in FDI because of the recent amendment to the exchange rate of the Egyptian pound which occurred in November, 2016, said Parmar.

In addition, the Egyptian government is also facilitating the way for investors by enforcing new investment laws that would be beneficial for both parties, said Parmar.

Egyptian government has been exerting its efforts in boosting economy

Parmar noted that the Egyptian government has been exerting its efforts in boosting the economy by taking part in various projects. In 2015, President Abdel Fattah Al-Sisi launched a 15-year sustainable development strategy called “Egypt Vision 2030”, which is said to ensure a balanced and diversified economy, while also improving Egypt’s quality of life. The New Suez Canal is part of this strategy and it is already enjoying a successful launch with $1.1bn investments from 86 Chinese companies.

It has achieved $3.2bn in revenues in 2016 and a growth rate of 4% compared to the previous year.

The government has also been working on restoring order and security to Sinai, which was also part of the sustainable development strategy. It plans to develop a 1,500 km network of bridges and roads, and construct Bedouin villages to increase residential units in Sinai. The Sinai Development Project is said to cost EGP 150bn, which will be funded partially by Saudi Arabia.

Improving the infrastructure has been a major goal for President Abdel Fattah Al-Sisi, which is why in August 2014, a mega infrastructure development project was launched to implement a new road network plan covering a total area of 4,400 kms, almost 20% of all roads in Egypt.

All the above-mentioned projects and more play a major role in boosting the Egyptian economy especially, the infrastructure projects that aim to boom the Egyptian population and pave the way for more foreign investments in Egypt.

Additionally, Parmar Said that his company is planning to establish more than 30 company owned service centres in Egypt and establish a true differentiation in this industry.

Early 2018, the company revealed its plans for driving major investments in the Egyptian mobile market through transferring lines of production and manufacturing of Indian phones to Cairo, as well as its ambitious plan to occupy a leading place in the Egyptian market mobile industry by 2020 in its segment.

Great history for both countries, Egypt has been always recognised with its great pharaonic history that is mainly resembled in the pyramids and the sphinx, India has been known with the tremendous culture diversity and the country is recognised with the famous Taj Mahal, where people come from all over the world to visit it. Family connections in both societies are important, people in both societies are considered religious. Different religious conceptions are available in both countries, yet everyone respect the other’s religion.