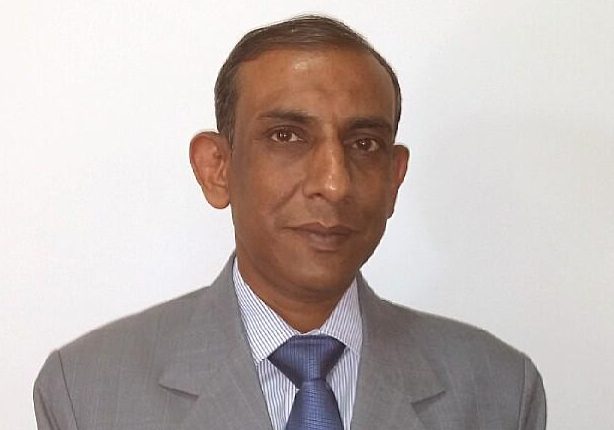 The Indian embassy in Egypt is preparing for a delegation visit from the Gujarat Indian state to Cairo and Alexandria, said Rahul Kulshreshth, the new Indian ambassador, adding, “we expect the visit to take place in September and to include about 14 companies.”

Kulshreshth noted that the delegation will be holding a roadshow on the possibilities of the bilateral trade and investments, mentioning that the embassy will include meetings with Egyptian officials to the mission visit, as well as their counterparts and businesspersons.

Daily News Egypt sat down for an interview with Kulshreshth, the transcript of which is below lightly edited for clarity:

Initially, I know that you arrived in Egypt only about one month ago, therefore  with whom are your next meetings going to be with from Egyptian ministers, officials?

Yes, I have been here since about a month ago, last week, I met with the Egyptian minister of electricity, to discuss the boosting of current bilateral cooperation and future ones. The next meetings will include the ministers of trade and industry, transportation and petroleum in the near future. Moreover, I will attend a second round with the ministers, Egyptian senior officials, and business representatives during the next months.

During the Egyptian officials’ meetings, we will discuss the exchange of economic points of view and we will inform the Egyptian side about our current programmes in many economic sectors, such as educational scholarships, grants, and others.

On 8 August, ambassador Kulshreshth met with the Egyptian Minister of Electricity Mohammed Shaker, sector leaders and members of the embassy when both sides discussed the boosting of joint cooperation in the field of energy. Shaker praised the bilateral cooperation with India especially, in the field of electricity and encouraged more Indian companies to invest in the Egyptian energy sector.

How do you assess Egyptian business climate right now?

On the economic side, we are aware of the Egyptian economic updates, and we are confident and optimistic about the economy’s development. As for the Indian economy, we expect to grow about 7.3% or 7.4% this year and as the youth is the majority we expect the trend to be higher in the future.

The Egyptian economy is on a robust growth trajectory and Indian businesses are optimistic about investment and trade opportunities in Egypt. Traditional relations between India and Egypt have been reinvigorated through several high-level bilateral exchanges in recent years.

Our governments continue to engage closely, and the increased number of official visits point to the keenness on both sides to take the relationship forward, the latest is the series was the visit of Sameh Shoukry, minister of foreign affairs to New Delhi in March for the Seventh Session of the India-Egypt Joint Commission Meeting.

As before, relations at the people to people plane whether it is cultural exchanges or tourism are adding enriching elements that also play an important role in strengthening the bonds of friendship and bringing our countries closer.

What about updates of Indian companies’ negotiations with SCZone?

Do you have a specific date of coming to an agreement?

The project is in its fairly advanced stages. There are some studies and commercial proposal, and consequently, we cannot expect when both sides will come to an agreement.

What about new financial packages with Egypt?

Currently, we are discussing about three projects which will be financed under credit lines from India, the first project is in the transportation sector, while the other two projects are likely to be in the industrial sector.

India has recently allocated $2bn credit lines for solar projects in four African countries and we deliberated with the Egyptian government in order to encourage Egypt’s benefit from this package, however, it is now the role of Egyptian government to take its steps to apply to use the funds.

A project to establish a Centre of Excellence in Information Technology at Al Azhar University has also been undertaken. The first Indian Chair in the Arab region was established in Ain Shams University. An Indian Technical and Economic Cooperation scholarship, available for capacity building and skill upgradation to Egyptian nationals in a wide range of areas such as IT, finance, media, agriculture, rural development, water resources, etc has been increased to 200 students.

What about official visits between both countries?

We already have many official visits pending invitations including an invitation for the Egyptian Parliament Speaker Ali Abdel Aal, and other ministerial invitations. We hope some of them will take place in the near future.

We are expecting a delegation visit from the Gujarat Indian state to Cairo and Alexandria and we expect the visit to take place in September and to include about 13 or 14 companies. We are working on the visit programme, which will include official meetings, Egyptian counterparts and they will conduct a roadshow here in Cairo and in Alexandria.

Notably, Gujarat is India’s westernmost state, which has varied terrain and numerous sacred sites. In its an urban centre of Ahmedabad and includes the Calico Museum of Textiles, displaying antique and modern Indian fabrics. It was also the spiritual leader’s Mahatma Gandhi’s base from 1917–1930 as the Sabarmati Ashram, where his living quarters remain on view.

Politically speaking, how do you assess cooperation with Egypt?

The current cooperation with Egypt is very good. We know that Egypt is in an important stage of change, and our cooperation was pushed after the high-level visits especially the presidential ones. President Abdel Fattah Al-Sisi visited India twice and he met with the Indian Prime Minister four times on different occasions.

Today, India is a young, vibrant democracy, one of the fastest growing major economies in the world and one of the most attractive investment destinations. This was made possible through continuous reforms. We have emerged as a global hub for manufacturing and innovation with a competitive manufacturing sector, stimulating ecosystem for start-ups and innovation, a vast pool of skilled professionals and strong research and development facilities. The success of our flagship programmes, Make in India, Digital India, Skill India, Start-up India, are visible in the resilience of the Indian economy and her transformation into a major player in the global value chain.

India and Egypt are two of the world’s oldest civilisations and have enjoyed a history of close contact for ages. In modern times, Mahatma Gandhi and Saad Zaghloul shared common goals on the independence of their countries, a relationship that was to blossom into an exceptionally close friendship between Gamal Abdel Nasser and Jawaharlal Nehru, leading to a Friendship Treaty between the two countries in 1955.

The engagement of India and Egypt reached yet another milestone in 2016 with the landmark state visit of Al-Sisi to India. Prime Minister Narendra Modi held extensive bilateral talks with President Al-Sisi and the two leaders issued a joint statement that outlined our shared values, interests, objectives, and defined the architecture for our new partnership in the new era.

Would you selaborate more on cooperation with Africa?

On July, m Modi said that his country’s development partnership with Africa currently includes the implementation of 180 lines of credit worth about $11bn in over 40 African countries.

“At the last India Africa Forum Summit, we had committed a concessional line of credit of $10bn, and $600m in grant assistance,” said Modi during his visit to Uganda’s Parliament.

What are latest estimations of Indian companies in Egypt?

Indian investments in Egypt are about $3bn, almost half of them are from the Sanmar company if we added its expansion plans, and there is increasing interest driven by economic developments following new companies actively looking in investment opportunities manufacturing the lava mobile, with several companies showing interests in the market, in order to access different regions.

When will next joint commission meeting be held?

Our latest Joint commission was held in March, while the next meeting is planned to be held in March in  mid-2020 when both sides will discuss all cooperation aspects.

Our trade exchange witnessed a significant increase this year and reached $3.68bn, with about $2.2bn from Indian exports. Trade exchange reached its peak years ago and recorded a peak of $5.5bn. Egypt has an important geographic location in the Middle East and Africa, which gives it a good opportunity of investment and trade.

Relations with Egypt have different aspects including cultural ones. We have our major event India by the Nile and we fully promote cultural exchanges.

Egypt is well-known in India as a very fancy tourism destination. over the last three years tourist numbers increased to reach 90,000 Indians last year. I expect the tourism numbers increase further especially, next winter. As you know the tourism industry is very sensitive, but we are optimistic.

Nooyi to step down as PepsiCo CEO