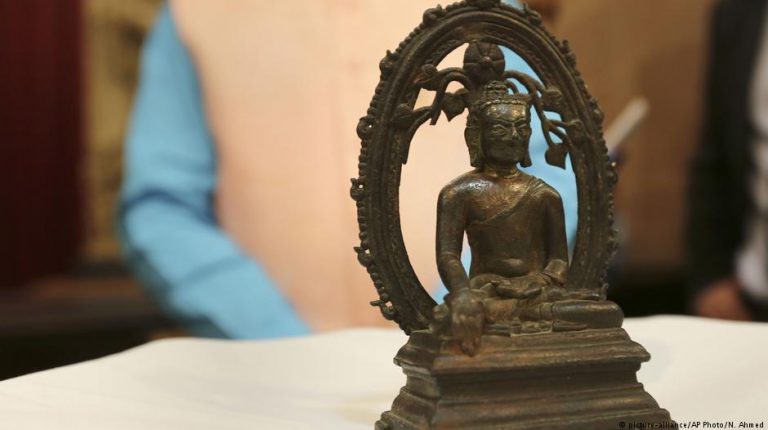 A miniature Buddha statue stolen from India over five decades ago has been handed back to the country’s high commission in London. Police said it was spotted at a British trade fair.London police said the 12th-century bronze statue was returned at a ceremony in London to mark India’s Independence Day, prompting Michael Ellis, a British parliamentary under-secretary for arts, to praise authorities for working “hand in hand.”

The Buddha was one of 14 statues stolen from a museum in Nalanda, eastern India, in 1961 and was noticed by Crimes Against Art and India Pride Project representatives at a trade fair.

It was a “true example of cooperation between law enforcement, the trade and scholars,” said Detective Constable Sophie Hayes of London’s Art and Antique police unit.

“Particular credit must go to the eagle-eyed informants who made us aware that the missing piece had been located after so many years,” she said.

The owner and dealer had not been accused of any wrongdoing and had agreed for the statue to be returned to India.