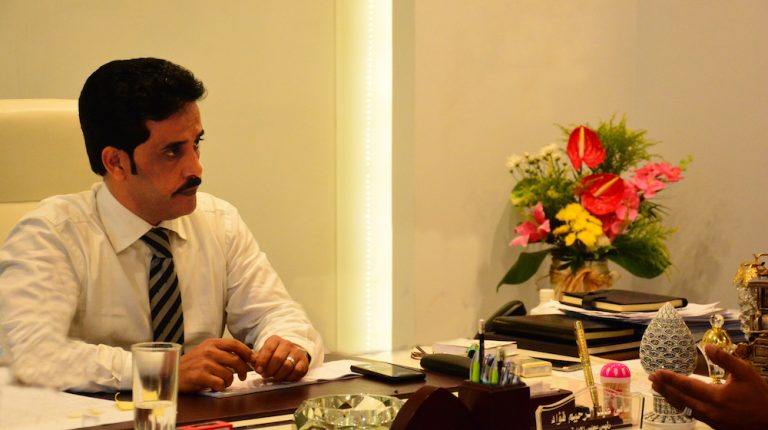 Marseilia Group is currently developing its project, Hyatt Marseilles, which is the first integrated vertical city in the new entrance of Alexandria, Sherif Heliw, chairperson of the group, told Daily News Egypt.

What is size of investments that company intends to inject during next three years?

We have prepared plans and studies for the size of the company’s investments, which started in 2018. The current investment plan targets more than EGP 20bn over the next five years in projects in Alexandria, the northern coast, Ain Sokhna, and Cairo and aims at new projects in New Alamein, the New Administrative Capital, New Mansoura, and Jordan.

What are projects implemented by company during current year?

We wanted to change the North Coast Map with unique projects with Egyptian hands and international expertise and to develop integrated tourism projects to offer our projects to the world. A privileged location for the Marseille 4 Beach project was selected in the golden square of the beautiful Sidi Abdel Rahman Bay with a view of the best sea in the North Coast.

The Marseille Beach 4 is one of the group’s most important investments in the region, with investments worth EGP 3bn in various stages. The project consists of three phases. The first phase was fully delivered at the start of the 2017 summer season, which includes 769 units. The second phase of the project, which includes 817 units will be completed in 2020, after the units in the first phase are all sold. Selling the third phase of 360 units is nearing completion.

The project is characterized by the unique nature of the Gulf of Sidi Abdel Rahman with a special architectural design, a pitch for beach sports, a concerts area, 30 swimming pools, and a number of artificial lakes and fountains.

In the Marseille Beach 4 we offer a variety of activities to suit different age groups and satisfy our customers.

We are currently developing our flagship project, Hyatt Marseilles, which is the first integrated vertical city in the new entrance of Alexandria. The project includes a tourist hotel managed by an international group, an integrated mall, medical towers, and a sports club.

Notably, the project includes an alliance of the largest consultants for the design, implementation and management of the project for the first time in Alexandria, including: the Office of Designology Belgium-Egypt and the office of Sabour Engineering Consulting, as well as JLL for Feasibility studies, and the global Citymax, which will run the 5-star hotel.

In addition to the Red Sea, the company expanded its innovative plans to establish one of the most important projects in Ain Sukhna namely Blue Bay Asia Ain Elsokhna. The project drew the eyes of the government and concerned parties with its unique Asian character. It was able to attract a large group of those wishing to spend an Asian vacation while they are still in Egypt.

In addition to the largest series of integrated tourism projects on both sides of the road in the northern coast, and with a distinguished location that reflects experiences and conscious studies for over 10 years, the site of Marseilles Land El Alamein Resort was selected in the 107 km Marina El Alamein, which is now the largest tourist traffic spot in the northern coast, after the introduction of New Alamein.

This is followed by the latest and most important investments of the group currently the Marseilles Beach Project 4.

What about company’s portfolio? Does it plan to increase its lands in coming period?

We have developed 2m million sqm of integrated land and cities with infrastructure, facilities, and services. We are working on an agenda full of expansion projects and strategic partnerships, including the Egyptian-Emirati partnership in the Madinat Nasr project in which Marseille cooperates with the UAE government’s Amlak under the patronage of a member of the National Bank of Egypt Dubai International Financial Centre (NBE-DIFC) with investments of over EGP 10bn.

In addition, there is the Marseille Dead Sea-Jordan, which is targeted to be established in cooperation with one of the Jordanian government unions on an area of ​​10 feddans on the coast of the Dead Sea.

We also plan to partner with one of the developers to set up a 100-feddan tourism project in Sidi Abdel Rahman in the northern coast, and 300 feddans in the Dabaa area. We also aim to invest 50 feddans to expand the resort of Marseilles Land El Alamein.

We also have a 50-feddan plot of land for the Marseilles Alam El Rum Resort project in Marsa Matrouh, as well as a partnership land in Miami, Alexandria in an area named Bir Masoud and opposite the island of Dahab.

We aim to achieve more development visions with the Egyptian government. We aim to partner with the New Urban Communities Authority (NUCA) in addition to our current study of a number of investment opportunities in the New Alamein, the New Administrative Capital, New Mansoura, and Upper Egypt, being among the most important areas of development now.

Does company intend to compete for land offered by Ministry of Housing in coming period?

We are definitely looking to compete, and we are currently studying the opportunities in the administrative capital, the new Alamein, and NUCA’s expansions in new cities.

What do you think of current situation of Egyptian real estate market?

First, we must commend the bold steps and measures taken by the government towards the economic reform decisions. There is no doubt that these reforms have hit the real estate market with severe fluctuations and instability, but the ability of entities and real estate institutions to absorb these variables is different.

We are a joint stock company working for the benefit of both parties. First, shareholders are looking for fair profits and the second party is customers looking for their units with the quality and details required. We have to re-evaluate and study the feasibility of projects under implementation to match the economic movement, the high costs, and balance between them and the products and profit margin. We chose the value engineering companies and took all the measures to implement our projects efficiently and without any obstacles.

I would like to clarify that the situation of the Egyptian real estate market during the past period was like a double-edged sword. Despite the many challenges and difficulties, we see that it was a good opportunity for companies conscious to re-establish their administrative and regulatory entity, in line with developments in the real estate sector and preparing for a real estate boom.

What are main problems facing real estate market in Egypt?

We cannot ignore the efforts of the state in creating the right climate for investment. The government is doing its best to remove any obstacles facing real estate activity, which suffers from instability due to the economic conditions, during the past period, which in turn led to higher construction costs and then directed developers to increase prices, thus reducing the customers’ purchasing ability. The absence of the one-stop shop in real estate procedures make things difficult for developers.

It is also necessary to look at the real estate developers who have suffered a lot by studying some things that would reduce the gap between the high costs and the selling price so as not to face real estate division. For example, studying the amendment and of increasing restrictions on height for some places, conditions to providing added service for the community, including establishing a hotel or others, increasing building height for one floor will add a lot to the balance, and regulate feasibility and financial studies. This has happened before int the fifth settlement. We call for similar actions.

What do you think of trend of companies to invest in North Coast? What are most important problems facing investment there?

The North West Coast, which extends over 1,050 km along the coast of the sea, is one of the best coasts of the world given its beautiful nature and its view along a number of bays. It is therefore the focus of the world at present.

As for Marseille, I can say that most of our investments are located on the North Coast and we have a long series of distinctive projects, most recently the Marseilles Beach 4 project.

The development of the northern coast, which we have been advocating for years, has transformed from a mere tourist area for three months of the year to a basic residential project throughout the year through the development of a network of roads extending from various governorates of the northern coast, The new city of Alamein and Al Dabaa project.

Perhaps the most important problems facing investments in the northern coast is the multiplicity of administrative bodies responsible for the issuance of licenses within the northern coast between the Marsa Matrouh governorate and the Tourism Development Authority, in addition to the length and complexity of licensing procedures for facilities and the lack of full coordination between the concerned authorities.

This is in addition to the lack of full control over the advertisements that promote real estate projects in the northern coast, which may provide lack of credibility in the services offered by some real estate developers and expose customers to projects that may be imaginary and then hit the North Coast projects as a whole with a bad reputation.

What is selling position of projects implemented by company this year?

The Marseille project Alam Roum Resort first phase has been completely sold, as well as 20% of the second phase of the Blue Bay Asia Sokhna. Over 60% of the Hyatt Marseille residential project first phase have been sold.