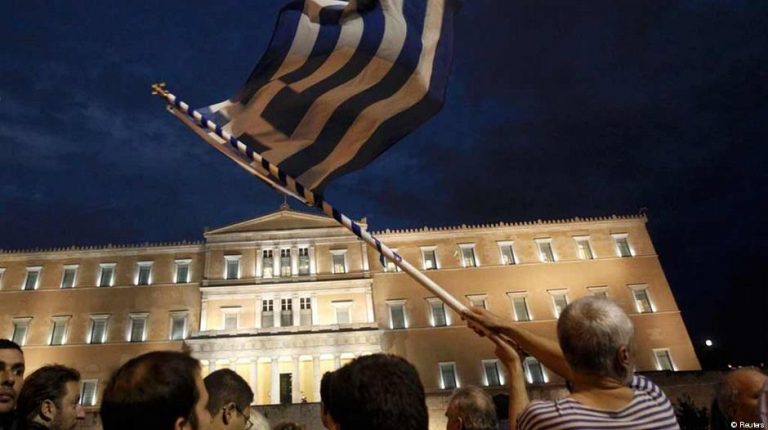 On Monday, Greece exits the third and final bailout program of a nine-year debt crisis that has chopped around a quarter off the country’s economy. DW looks back at key moments from Greece’s traumatic decade.Greece will now be able to borrow money again on international markets, another important step on its long journey toward economic recovery.

The bailout programs from 2010-2018 came alongside major austerity drives, and Greek’s national trauma of the last decade has been all too palpable for citizens of the country.

Since the crisis exploded fully in 2010, four different governments have battled to keep the country going via the biggest bailout in economic history: loans of more than €260 billion ($296 billion) lent by EU countries and the IMF.

As the country edges closer to economic normality, DW looks back at some of the key dates from Greece’s decade of debt drama.

October 2009: A storm that has been brewing since the global financial crisis of 2007-08 fully presents itself in Greece as the new socialist government reveals a large gap in the country’s accounts, with the deficit soaring to 12.5 percent of GDP. The country’s long failure to reign in its spiraling public debt comes home to roost, and fears of a national default grow.

May 2010: The funds come at a cost as a wave of sweeping austerity measures are approved by parliament. Despite mass protests in Athens and elsewhere, Greece moves on with the program.

Get on with the program

June 2011: With Greece’s credit rating plunging to dire levels, a second bailout package of €120 billion is agreed with the Troika. Fresh austerity measures lead to more mass demonstrations from citizens already struggling in the face of the harsh economic conditions.

April 2012: More austerity packages, more protests and more fury on the streets of Athens. With the second bailout finalized, it brings the total amount of bailout funds directed to Greece to €246 billion (by the year 2016). The devastating human cost of the economic crisis is demonstrated when a retired pharmacist commits suicide outside the Greek parliament as a protest against austerity.

June 2012: Two elections take place in the space of six weeks. With no clear winner in either, in the end a new coalition government is formed with New Democracy leader Antonis Samaras taking over as the new prime minister – the third since the crisis began. He pledges to honor the country’s bailout commitments.

July 2012: A decisive intervention by ECB President Mario Draghi changes the course of the crisis when he declares that the bank will do “whatever it takes” to preserve the euro.

November 2012: With protests, many of them violent, still a regular feature of life in Greece, the EU and IMF agree to cut around €40 billion from Greece’s debt mountain. With signs of life in the country’s tourism sector, hopes of recovery grow but the reality of daily life is still a brutally harsh one — the unemployment rate stands at over 26 percent.

April 2014: As eurozone finance ministers agree to release more funds to Greece, the country is active again on international markets, raising $4 billion in its first sale of long-term government bonds in four years.

January 2015: The country’s position remains highly volatile though. A snap general election is held in January, with the far-left Syriza party winning, just shy of an overall majority. The new prime minister, Alexis Tsipras, vows an end to the “vicious cycle of austerity” and appoints the colorful, radical economost Yanis Varoufakis as the new finance minister. Varoufakis becomes a familiar sight in various European capitals, as he travels the continent seeking support for his party’s position.

June-August 2015: With Syriza determined to end austerity, the Greek crisis enters a critical new phase. Briefly, the ECB ends emergency funding, Greece misses a major payment and Greek banks close, with capital controls imposed. New terms for another EU bailout are overwhelmingly rejected by Greek voters in a referendum. However, pressure is piled on the Greek government by its creditors and a third bailout deal, worth €86 billion, is hammered out. Varoufakis resigns and Tsipras names a new cabinet, excluding those opposed to the new bailout.

September 2015: Tsipiras’ stance is endorsed when Syriza win a fresh election decisively. With funds flowing again, the Greek government commits to pushing through the latest reforms.

May 2016: The Greek parliament approves a new austerity package but Greek citizens are long used to the new reality, and protests have dwindled significantly. Later in 2016, eurozone finance ministers agree on some debt relief for the country.

April 2018: For the fifth straight quarter, the Greek economy grows, reaching a yearly growth rate of 2.3 percent. With net exports growing, a modicum of optimism around the country’s economic future can be detected.

August 2018: The country prepares to exit the bailout program and borrow normally again. However, doubts remain over the Greece’s long-term prospects, considering the country’s still high unemployment rate and massive debt mountain. “I don’t see a reason for jubilation concerning our exiting the memorandum (bailout) because…you may be jumping out of the frying pan into the fire,” was the succinct take of Thanos Veremis, emeritus professor of history at Athens University.