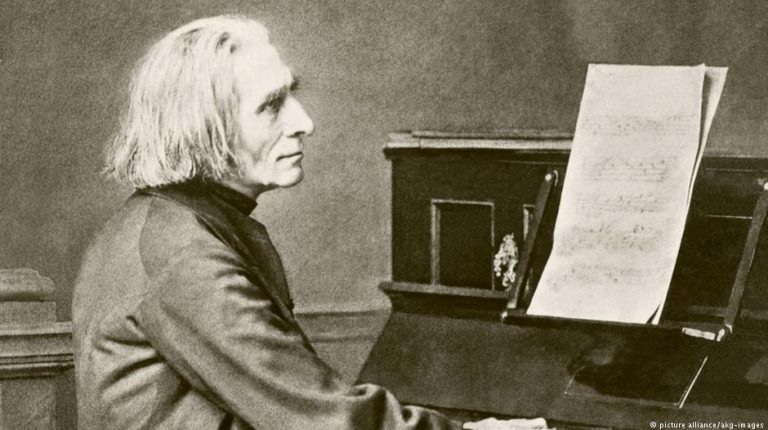 The Hungarian-German composer’s unfinished opera Sardanapalo has been in the archive for more than a century – untouched and almost forgotten. This weekend, it will be brought to life in Weimar.”It is 170 years old but sounds very fresh,” is how David Trippett, associate professor at Cambridge University’s Faculty of Music, described Franz Liszt’s unfinished opera Sardanapalo.

The manuscript for the first act of what was to be a three-act composition had been in the Goethe and Schiller Archive in Weimar for over 100 years before Trippett rediscovered it and made plans to debut something “no one has heard before.”

From 1843 to 1861, Liszt (1811-1886) was director of the court orchestra — now the Staatskapelle — in the central German city of Weimar. Sunday’s premiere will take place at the city’s German National Theater.

Over ten years ago, Trippett, then a student at the Leipzig Academy of Music, travelled by train to Weimar to retrieve the 111-page piece from the archive.

From ‘unperformable’ to world premiere

The unfinished opera challenged Trippett’s ability and knowledge, he admitted. Liszt had largely written it down in shorthand in the 1850s, and it was at many points indecipherable and incomplete. Liszt used many abbreviations and notated multiple changes and alternative versions.

The opera was long considered unperformable, but the Cambridge professor remained adamant: “The music must be saved.”

Trippett spent more than a decade unpicking the puzzle, three years of which were spent orchestrating the score according to Liszt’s own instructions.

“The orchestration comes from me, but it’s all Liszt,” said Trippett. “The music is fantastic. Liszt had tried to compose a modern Italian opera with bold harmonic twists and turns.”

The libretto is based on Lord Byron’s historic tragedy Sardanapalus, about the last king of ancient Assyria — a region now spanning Syria and northern Iraq.

The peace-loving monarch was more interested in socializing and women than in politics and war — and believed in the goodness and virtue of man. Overthrown by rebels, he burns himself and his lover alive.

“You will not find the piece in any Liszt’s catalogue of works,” Karabits remarked.

After Trippett’s tireless work, the first act is now complete. Under Karabit’s baton, the orchestra will give the world premiere of the first act at its first concert of the new season at the German National Theater in Weimar on August 19 and will repeat the piece on August 20.

The fragmentary work with chorus at the end reminds Karabits of Richard Wagner’s Tannhäuser.

“I’m conducting something no one’s ever heard before,” he said. “This is very exciting and a great responsibility.”