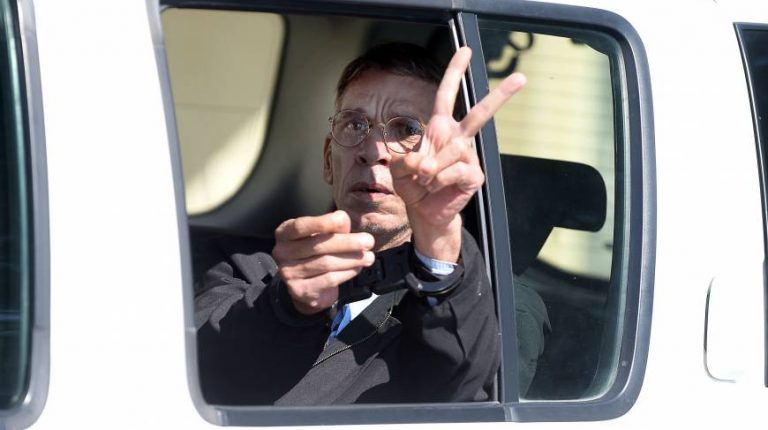 The Egyptian man who hijacked a domestic flight flying between Alexandria and Cairo two years ago, has been extradited to his homeland authorities, Egypt’s Prosecution stated late on Saturday.

“A security mission of Egypt’s Interpol Police headed to the Cypriot capital of Nicosia and received the suspect,” read the prosecution’s statement.

Seif Eldin Mustafa, 60-year old man has arrived in Cairo International Airport amid heavy guards, reported the state news agency MENA, after Egypt provided the necessary assurance to Cypriot authorities that the suspect will face legal proceedings in his country.

On March 2016, Mustafa commandeered a domestic EgyptAir flight with 72 passengers and crew onboard after showing them a fake explosive belt. He ordered the flight to land in Larnaca airport, threatening to explode his explosive belt if the authorities did not respond to his demands.

Mustafa reportedly ordered officials to allow him to speak with officials from the European Union, the release of female inmates in Egypt, and expressed his desire to contact his Cypriot estranged wife.

Meanwhile, some passengers who were on the flight, stated that the hijacker read a letter in Arabic and he ordered to be delivered to his ex-wife.

Almost six hours of hijacking later, Mustafa surrendered to the Cypriot authorities. Since then, he has been held in Cyprus.

Motivations of the hijacker are not immediately clear. Egyptian officials ruled out at that time a terrorist motive, while the Cypriot Foreign Ministry described him as “psychologically unstable,” in reference to his demands.