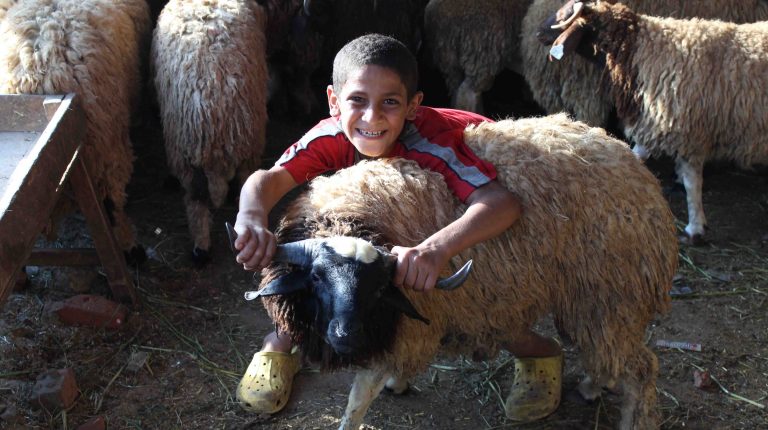 With only few days left until Muslims’ Eid Al-Adha comes, Egypt’s streets get filled with sheep and cows waiting to be slaughtered, duo to Islamic rituals.

Sheep trade flourishes this time of the year with thousands of Egyptians heavily purchase them. Daily News Egypt’s crew spent a day in one of the sheep’s temporarily markets in Al Warak area, talking with traders, who spend their days waiting for the season.

Shaker Alaa, a 21 year trader who opened his eyes witnessing his dad and grandfather raising sheep and taking care of them all year, preparing them for the Eid. The family raises their sheep, then sellg them as a own source of income in Marsa Matrouh and in rural areas, where they are keen on having them eat  healthy organic grains.

“The way these sheep are fed is reflected in how they taste. People obviously sense a difference in how soft, moist, and tasty their meat is,” he said.

The traders start preparing months before the Eid season, by raising and feeding the goats, sheep, and cows.

Unlike the increase in every commodity price, Shaker admitted that the prices of sheep are reduced this year, due to lack of demand.

Alaa comes along with his family few weeks before the Eid, and start establishing their own small cattle storage space in Al Warak district, where butchers come and purchase sheep from them.

Until the third day of the Eid, Muslims slaughter sheep following the rituals of Islam to distribute over the needy people.

All photos taken by Mahmoud Fekry