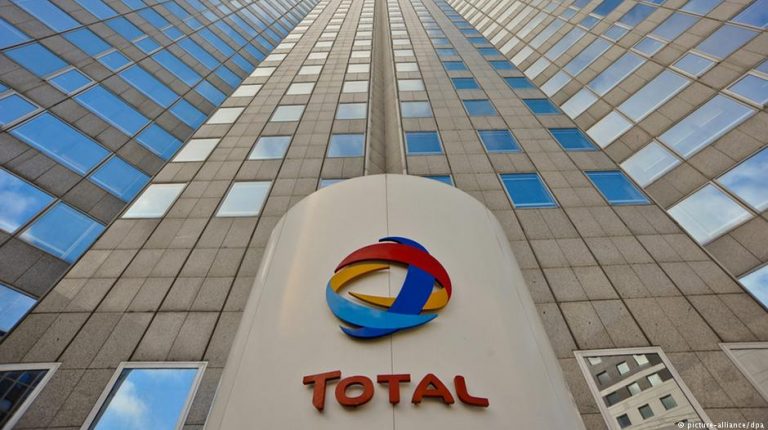 France’s Total had signed up last year to a $4.8 billion Iranian gas field project. However, it was forced to backtrack after the US threatened to impose penalties on any business found still doing business with Iran.Total, France’s largest energy company, announced on Monday it was pulling out of a $4.8 billion (€4.1 billion) Iranian gas field project, after admitting it was extremely vulnerable to the threat of US penalties against those doing business with Iran.

The French group was one of three major energy companies set to help supply the state-of-the-art technology needed to tap into South Pars, the world’s largest natural gas field shared by Iran and Qatar.

However, after abandoning the 2015 Iran nuclear accord in May this year, the United States has said it will reimpose sanctions on Iran in two phases, in August and November. The second round of sanctions will target the country’s vital oil and gas sector. Any firm found doing business with Iran could risk facing serious US penalties.

“Total has notified the Iranian authorities of its withdrawal from the contract following the 60-day deadline for obtaining a potential waiver from the US authorities,” the oil and gas giant said in a statement. “Despite the backing of the French and European authorities such a waiver could not have been obtained,” it said.

The French energy giant had been due to invest an initial $1 billion into the 20-year gas field project, which it signed up to in July 2017 along with the state-owned China National Petroleum Corporation (CNPC) and Iran’s Petropars. Total first announced in May that it was halting investment in the project, adding that it had spent less than €40 million to date, amid increasing uncertainty over US actions in the region.

Total also admitted it would be extremely vulnerable to US penalties; it has some $10 billion of capital employed in its US assets, while American banks are involved in 90 percent of its financing operations.

While US has threatened stiff sanctions on Western companies operating in Iran, the nuclear agreement’s other parties — Britain, France, Germany, China and Russia — have vowed to stay true to the deal and urged businesses to follow their lead.

Read more: How the EU plans to get around US sanctions on Iran

However, European firms have, understandably, opted to withdraw from Iran’s weak economy rather than draw the ire of Washington and risk losing access to operations that require U.S. dollars.

Automakers PSA, Renault and Daimler have all announced plans to either suspend or drop investment in Iran, as have Germany’s Deutsche Bahn and Deutsche Telekom.

US President Donald Trump’s decision to walk away from the nuclear accord and reimpose sanctions has exacerbated Iran’s economic woes. Its rial currency has lost almost half its value since April, leading to financing difficulties at local banks and heavy demand for US dollars among the population.

Trump has told Tehran that its only chance of avoiding sanctions would be to accept his offer to renegotiate a tougher nuclear deal. Iranian officials have repeatedly rebuffed that offer.