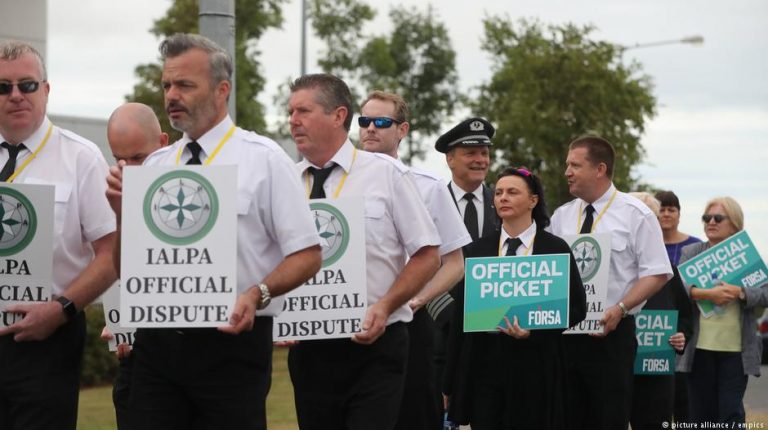 Irish no-frills carrier Ryanair has said it has reached an agreement with the trade union representing its Irish pilots. It was good news for the budget airline, which had sought to quell staff protests across Europe.The proposed agreement between Ryanair and its Irish-based pilots will now go to a ballot, with a recommendation for acceptance from Forsa, the union representing Ryanair’s Irish pilots said Thursday.

It added that the talks’ mediator had asked all sides to refrain from comments on the deal while the ballot was being conducted.

Thursday’s agreement was seen as a breakthrough by analysts that sent the carrier’s shares up sharply and could provide a blueprint for Ryanair’s negotiations with pilots elsewhere in Europe.

The airline has suffered hundreds of flight cancellations this summer because of protests by pilots over slow progress in negotiating collective labor agreements, hurting average fares at the budget airline.

Ryanair endured its worst one-day strike earlier in August after a walkout by pilots in five European countries, including Germany.

The industrial action disrupted the travel plans of about 55,000 passengers at the height of the summer holiday season.

Ryanair said it would take the proposed agreement to its board after the pilots’ ballot.

Some of the other trade unions stuck in negotiations across the Continent said they were watching the Irish talks closely.

Ryanair employs more than 4,000 pilots, with around 350 of them based in Ireland.