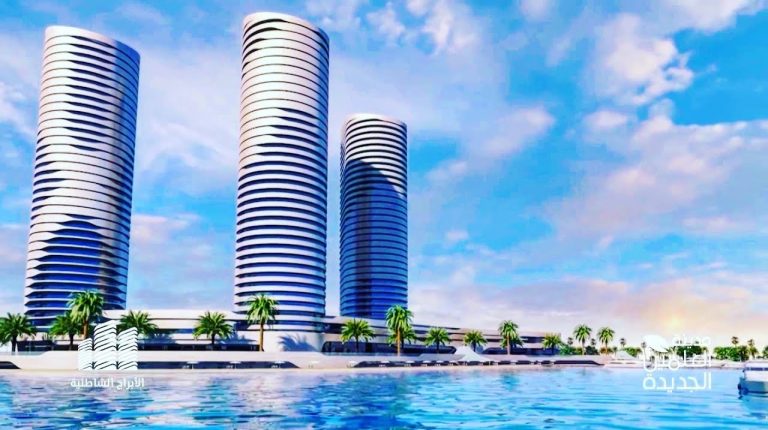 Egyptian real estate developers are keen on exporting real estate abroad [selling property to foreigners and expats] to improve their sales and acquire money flow to continue their project development.

Montasir said that the volume of real estate purchases of British people from foreign markets is about $12bn annually, due to the high real estate tax in Britain, which is close to 40% of the value of the property, which makes British citizens prefer to buy property outside their country.

He added that the export of real estate in Egypt has achieved positive results, due to Egyptian real estate being less expensive compared to the global market.

In this regard, real estate developers took serious steps in participating in external exhibitions.

In the meeting, the developers recommended that the government establish a permanent exhibition of Egyptian real estate in most Arab countries under the umbrella of the state.

They added that launching a promotional campaign and promotional films about the main destinations of Egyptian real estate projects is also a good idea.

Furthermore, participating in a number of international exhibitions in an Egyptian pavilion, which includes developers under the umbrella of the Egyptian government is also a positive step they came up with.

They also suggested contracting with an international company to issue reports published globally about the attractive opportunities for real estate investment.

Khamis noted that the Egyptian real estate market is able to achieve the highest returns and profitability in the world in light of increasing demand and actual needs in the Egyptian market.

For his part, Ahmed Shalaby, CEO and managing director at Tatweer Misr said that the Egyptian real estate market is regarded as the most affordable, compared to others in the region, giving Egypt a more competitive advantage to expand.

Shalaby added that studies show that British and Russian citizens, along with Arabian Gulf citizens, are the most interested in owning units in Egypt, which makes these countries fertile markets for this objective.

Shalaby noted that it is important to provide a real estate product, which aligns with the requirements of this target group of customers, especially that British and Russian citizens prefer touristic residential units as second homes.

He explained that there is a demand by Arab people especially Syrians, Iraqis, and Gulf people on the new cities around Cairo, while the coastal areas such as Ain Sokhna, North Coast, and Hurghada also meet the needs of the European customer, especially the British, Italians, Germans, and Russians who have a rustle to enjoy charming scenes and Egyptian weather.

Managing Director of Multiples Group, Omar El-Shenety said that granting temporary residency to foreigners in return for buying a real estate unit would save a large flow of the hard currency for Egypt, as well as Gulf citizens who prefer tourism in Egypt.

In early July, the Egyptian Ministry of the Interior has agreed to grant two-year temporary residency to foreigners who buy a property worth $200,000 for a period of five years if they purchase a property worth more than $400,000. This will be renewed after the completion of all security approvals and grantee safety of foreigners.

He pointed out that the implementation of the cabinet’s decision to grant foreigners temporary accommodation in return for purchasing property in Egypt will contribute to activating the mechanism of purchase by foreigners and increase the availability of foreign currency, especially, in coastal areas.

El-Shenety explained that Egypt’s property is a cheap product especially after the Egyptian pound floatation.

Projects Real Estate Development CEO Hossam Bahaa agreed with Shalaby that expanding in the export of Egyptian real estate abroad, especially to foreign customers, is necessary, as studies confirmed that English customers buy the most property outside their home country, which means that England is a very important destination for real estate export, especially residential tourism projects.

Bahaa pointed out that real estate developers have to produce projects that are capable of competing abroad, and to identify the needs of foreign customers for property. Moreover, Egyptian property has many advantages, most notably the low value compared to other regional countries, which creates an opportunity to provide hard currency for the state.

Meanwhile, Ahmed Sabbour, managing director of Al Ahly for Real Estate Development noted that the trend to export local property abroad needs to be further regulated and efforts need to be intensified to organise and participate in real estate exhibitions abroad, especially in Gulf countries, in order to benefit from the currency devaluation after the flotation of foreign exchange and benefit from the wishes of many Egyptian citizens to own units in their country.

Ibrahim El Missiri, CEO of Soma Bay said that there are many challenges that may face the process of exporting property to foreigners and increasing the number of non-Egyptian customers for Egyptian projects, most notably the problem of residencies, and the emphasis on confidence in the local market. This is in addition to providing the services needed by clients when living in a particular place.

El Missiri further explained that there is a need to provide a component of confidence in projects that are marketed to foreign clients.

“Egypt needs $12bn annually from the tourism industry, which will be achieved by providing strong infrastructure,” Montasir said, adding, “the unified contract is one of the necessary guarantees for the export of property and some developers have problems in understanding the law regulating property export and they are in need of identifying the legal needs of foreigners. Egypt is still a virgin market in the field of industrial development and medical tourism.”

He pointed out that Egypt needs investments of $750bn to be directed to infrastructure projects.