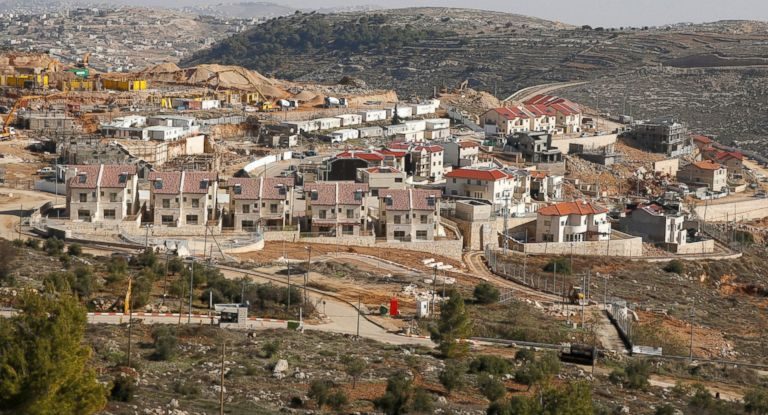 The statement also stressed the illegality of Israeli settlements and its incompatibility with the resolutions of international legitimacy.

Al-Azhar described it as “a continuation of the Zionist occupation” which “aims to change the demographics of the city and disturb its Arab Palestinian identity.”

Settlement activities in the occupied Palestinian territories and the Golan Heights, both occupied since 1967, are considered illegal in international law.

The Palestinian government has repeatedly asked the International Criminal Court (ICC) to investigate the illegal Israeli settlement activities in the occupied West Bank and East Jerusalem.

In another context, Palestinian factions postponed talks on national reconciliation and ceasefire with the Israeli occupation, scheduled to be resumed on Monday, for several days, a member of Hamas’s Political Bureau said.

In a press release, Badran reiterated his movement’s enthusiasm to achieve the national unity based on the 2011 agreement between Hamas and Fatah.

Bardan stressed that Hamas believes that the national issues must be handled within the framework of national consensus.

The Palestinian factions held meetings with Egyptian officials prior to the Eid Al-Adha holiday to discuss proposals to achieve a national reconciliation, reach a ceasefire with the Israeli occupation and improve the humanitarian situation in Gaza.

Egypt has recently intensified its efforts to reach a reconciliation agreement between Hamas and Fatah. In the first week of August, the two factions announced that they held several meetings with top Egyptian officials, including General Intelligence Service Chief Abbas Kamal, in Cairo to resume talks and discuss a new proposal presented by Egypt. However, no final decision has been reached yet.

The new Egyptian proposal aimed at reaching a reconciliation agreement between Hamas and Fatah and a long-term ceasefire deal to last for several years, which could extend to seven years.

In October 2017, the rival Palestinian faction signed a reconciliation accord in Cairo after Hamas agreed to hand over administrative powers of Gaza, which it dominated since 2006, to the Fatah-backed government. However, since then, talks have stalled.