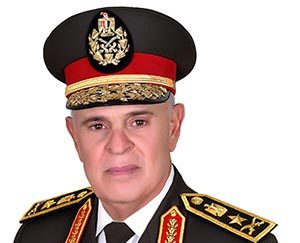 “We also are still waiting for the Korean minister of National Defence, Song Young-moo to visit Egypt as well as a visit of the Egyptian Minister of Foreign Affairs Sameh Shoukry to Korea or somebody higher. We will share the information as soon as timing is defined.”

The Korean business community is very aware of Egypt’s market potentials, noting, “companies are also examining the advantages of the Suez Canal Economic Zone, we will see how the Korean companies respond to this incentives. However, I do not see any business delegations coming to Egypt shortly.”

Additionally, the Egyptian government and the Korean side are in the middle of discussions to extend  their cooperation in modernise Egypt’s Railway signalling systems in additional areas, said the ambassador, adding, “we are already supporting the Transport Ministry in modernising its railway signalling system from Nag’ Hammadi to Luxor and we are discussing additional areas to improve efficacy and safety.”

Korea’s International Cooperation Agency (KOICA) has been inviting many Egyptian officials for various kinds of training being undertaken in its facilities in South Korea, added the ambassador, noting that 90 Egyptian officials attended KOICA’s programmes on the issues of railways and metro management.

It is worth mentioning that the Korean ambassador signed an agreement with Egypt’s minister of investment and international cooperation, Sahar Nasr, worth €243m for procurement and manufacturing 32 air-conditioned trains for Cairo’s third metro line, on Sunday, in the presence of transport minister Hisham Arafat.