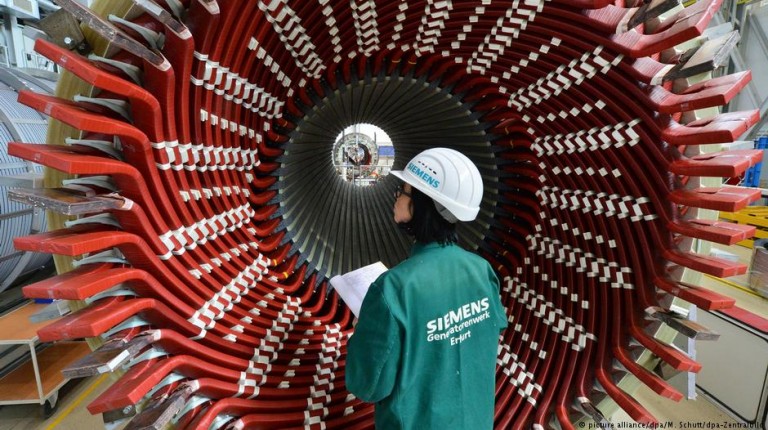 Businesses in Germany have grown more optimistic again about their future economic outlook, a fresh monthly barometer by the Munich-based ifo think tank has shown. And that despite the US-China trade conflict.Confidence among German business leaders improved noticeably in August, the ifo economic institute found in its latest regular survey of 9,000 firms across Europe’s powerhouse.

The think tank’s monthly barometer rebounded to 103.8 points this month, its highest level since February and marking an increase from the 101.7 points logged in July.

He added that a major reason for the sunnier outlook was a deal struck between European Commission President Jean-Claude Juncker and US President Donald Trump last month to back down from a severe trade confrontation that was initially sparked by the US administration’s decision to impose higher tariffs on EU steel and aluminum imports.

Looking beyond the EU

German boardrooms also viewed it as a positive sign that US and Chinese representatives had resumed at least low-level talks to help ease their unresolved trade conflict.

VP Bank economist Thomas Gitzel said it was clear that no immediate solution should be expected from those negotiations, adding that what counted was “that the two sides were talking to each other at all.”

A closer look at the ifo index for August revealed that both companies’ assessment of their present situation and their expectations for the next six months had improved, with firms in the manufacturing, construction and services sectors being particularly upbeat.

The barometer suggests that the third-quarter growth in Germany could match the 0.5 percent GDP expansion booked in the April-to-June period.