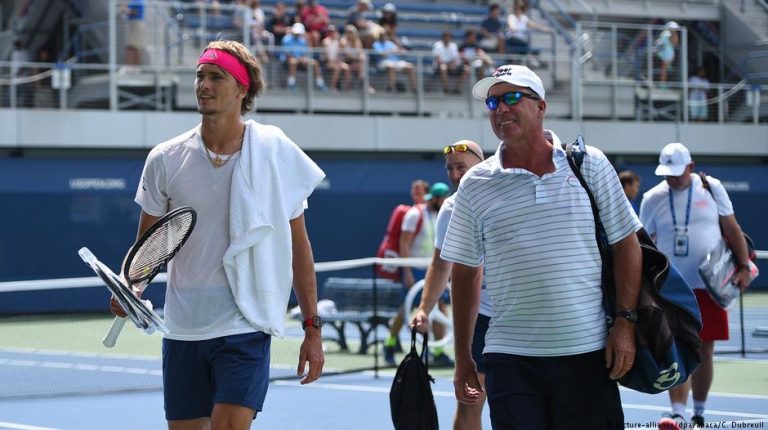 After her Wimbledon triumph, Angelique Kerber approaches her next Grand Slam in relaxed mood. In the men’s draw, Alexander Zverev hopes his work with Ivan Lendl will pay dividends as he looks to break into the big four.They’ve won 49 of the past 54 Grand Slam titles, the last three Olympic singles gold medals and have occupied top spot in the men’s rankings every single week for the last 14-and-a-half years.

Now, the big four of men’s tennis will compete in a tournament together for the first time since Wimbledon 2017 when Roger Federer, Novak Djokovic, Rafael Nadal and Andy Murray all take to the court at the 2018 US Open at Flushing Meadows.

And with 2016 champion Stan Wawrinka and German No. 1 Alexander Zverev also in action, it’s all to play for.

Defending champion Nadal arrives in New York top of the ATP world rankings as he looks to become the first man to defend his title in the Big Apple since Federer – who won five in a row between 2004 and 2008.

The Swiss legend hasn’t won in New York since that last title in 2008, losing in two more finals to Juan Martin del Potro and Djokovic, but the 37-year-old still believes he can win a record 21st Grand Slam.

“It would mean the world to me,” he said of the possibility of winning a sixth US Open, which would see him overtake American former stars Jimmy Connors and Pete Sampras.

Federer, however, comes into the tournament having just lost to Djokovic in the final in Cincinnati. So could that make the Serb – the reigning Wimbledon champion – the favorite?

“There’s no doubt that it helps when you’ve been playing well before a Grand Slam,” Nadal said. “Then again, there are a few players who are able to increase their level of concentration, their level of tennis, their level of intensity in the big places. And this is the place to do it.”

Rounding off the famous quartet is Andy Murray, who is making his first appearance in a Grand Slam since last year’s Wimbledon after a year of hip problems, including surgery in January. For the Scot, who has dropped to no. 375 in the world, it’s all about regaining fitness.

Outside of the famous four, German eyes will all be on world No. 4 Zverev. The 21-year-old Hamburg native has been working with Czech-born American legend Ivan Lendl (58) as he looks to challenge the big four and win a first Grand Slam title.

“[Lendl] has a really big personality so when he says something, you listen!” Zverev said. “I know exactly what I want to be and what I can be – and only people that like can help me get there.”

German legend Boris Becker also believes that Zverev’s cooperation with Lendl can help take him to the next level.

“I think he needs this sort of help, especially at Grand Slams,” the 50-year-old told Germany’s Neue Osnabrücker Zeitung on Monday. “With his years of experience, particularly in New York, Ivan is exactly the right man.”

Three German women will take the court in the first round, including world No. 4 Angelique Kerber, No. 9 Julia Goerges and No. 75 Carina Witthöft. And reigning Wimbledon champion Kerber, who won the US Open in 2016, is looking to avoid a repeat of last year’s first-round exit.

“I’ve experienced a lot of ups and downs in the last few years, so I know what I’ve achieved and I know what I’m capable of,” said the 30-year-old Bremen native ahead of her opener against Margarita Gasparyan of Russia.

After her Wimbledon triumph, Kerber took a two-week break before disappointing early exits in Toronto and Cincinnati, but she doesn’t feel the less-than-ideal preparation will have a negative effect.

“Defeats are part of the sport so I don’t make a big deal out of them,” she said. “With the energy and memories of the last few years, I know I’m ready.”

The women’s game has been more open than ever since Serena Williams took time out to give birth to her first child, with four of the past six majors being won by first-time champions, including Sloane Stephens at last year’s US Open. And the third seed is looking forward to beginning the defense of her title against the 80th ranked Evgeniya Rodina of Russia.

“Going back again and knowing that you held the trophy there once before is super cool, so I think it’ll be fun,” said the 25-year-old Stevens. “There will be a lot of different pressure and a lot of excitement and a lot of stress. Whether I lose first round or win the tournament again, I know I’m going to do my absolute best and that’s all I can ask of myself.”

The return of Williams will make life difficult though – and the 36-year-old six-time champion is looking forward to a “different” Grand Slam experience.