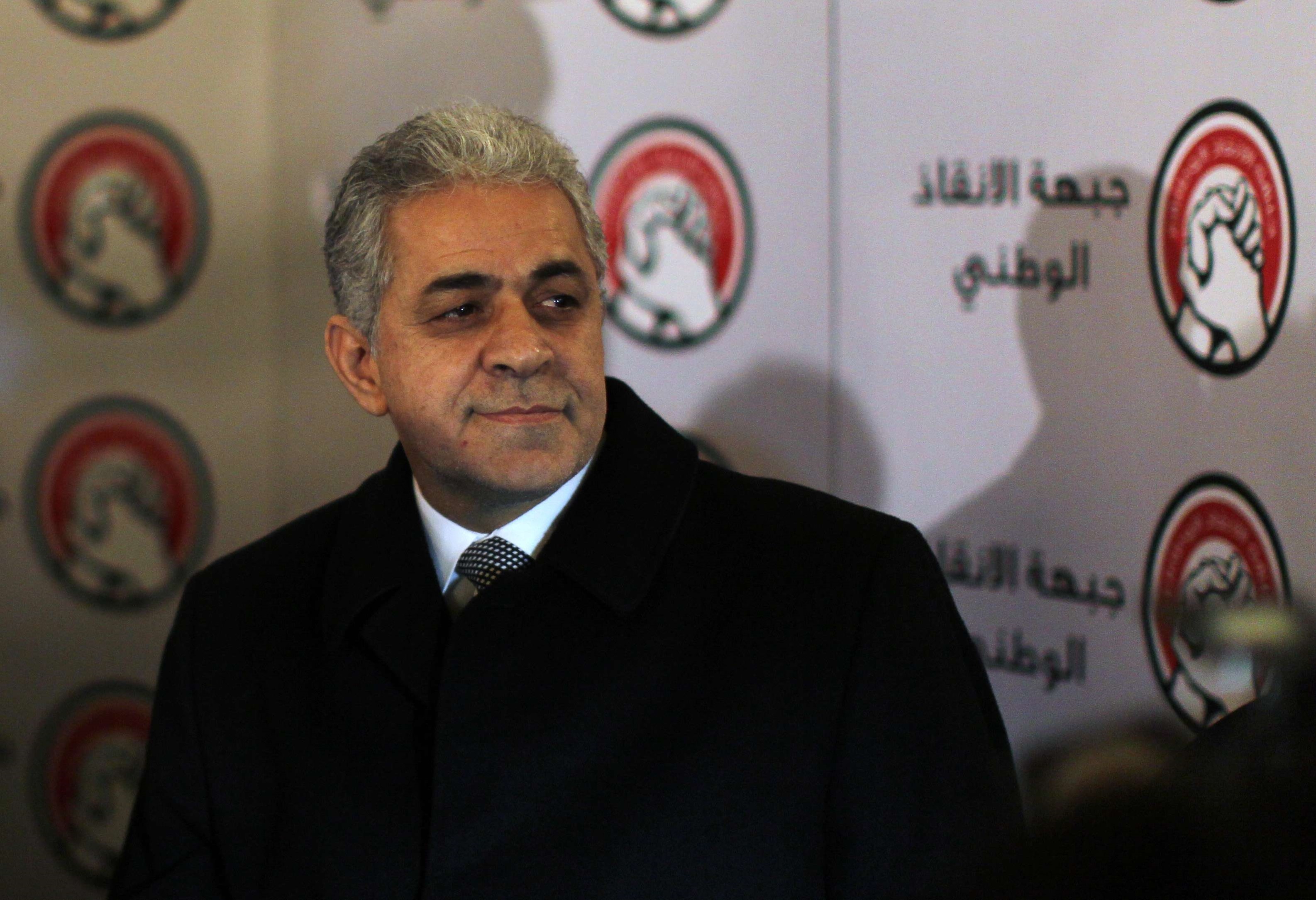 Former presidential candidate Hamdeen Sabahy sparked an ire of backlash from pro-state newspapers and politically conservative lawyers after he said that the political opposition in the country is facing “a repressive power that is against the people and that does not respect the constitution.”

Sabahy stated that during a statement at a press conference hosted by a number of civilian movements on Sunday, which took place after a number of prominent activists and politicians were arrested including former ambassador Maasoum Marzouk, who announced an initiative calling for a public referendum on the regime’s stay in power.

In reaction to Sabahy’s initiative, several newspapers and television channels described him as an “ally of the Muslim Brotherhood”, while two lawyers known to be timid supporters of the Egyptian regime filed lawsuits against the Nasserite politician accusing him of “inciting against the state.”

The lawsuit, which was filed by lawyer Mohamed Salem, accused Sabahi of spreading a “spirit of scepticism and sedition in society.”

Sabahy was a presidential candidate in the 2012 and 2014 elections. However, he reportedly said in the conference that he would not run in the 2018 election, but that he would rather support whoever the coalition nominated.

During the conference Sabahy accused the state of corruption and repressiveness, as well as enforcing price hikes and hunger, calling upon “whoever wants to stand with the people and the state should stand against it [the state].”

Meanwhile, another lawsuit was filed by lawyer Samir Sabry who is often a plaintiff against political figures, accusing Sabahy of calling for the toppling of the regime.

This is not the first time that Sabahy has openly criticised the government of President Abdel Fattah Al-Sisi. In January 2016, he said that “the [Egyptian] people sacrificed a lot, but they still live in poverty, corruption, dependence, and tyranny. The way we are being ruled is exactly like Hosni Mubarak’s era, despite four different rulers since the [25 1January] 2011 Revolution.” He added in an interview by TV presenter Wael Al-Ibrashi, on his TV programme 10 kO’clock Show that “the regime is using the same old policies that led to two mass uprisings. It should reconsider itself and listen to other voices that aim to achieve the demands of the 25 January and the 30 June.”

As a result of such statements, Prosecutor General Nabil Sadek referred a report against the former presidential candidate and prominent political activist Hamdeen Sabahy to the prosecution for further investigation, after a lawyer named Ashraf Farahat accused Sabahy of attempting to overthrow the regime and incite violence.