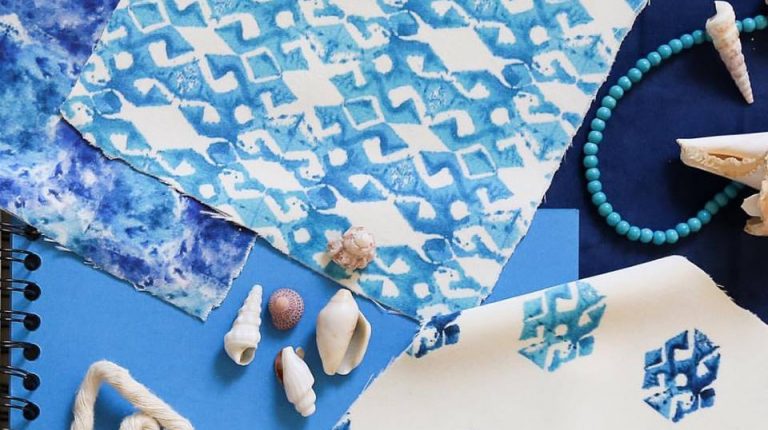 When social media has the ability to bring the absolute east to meet the west as well as transport one event from either sides of the world to the other in a heartbeat, it takes a real adventurer to travel, roam and explore reality without using a gadget.

Over the extent of 1m kms, a wide diversity of cultural groups have learnt to share thin boarders. During a chain of starry nights, she decided to tread over few of these lines—discovering the many faces of one big country. Egypt is often celebrated for a handful of distinctive destinations; but, the vast country has always harboured much more than what meets the eye. 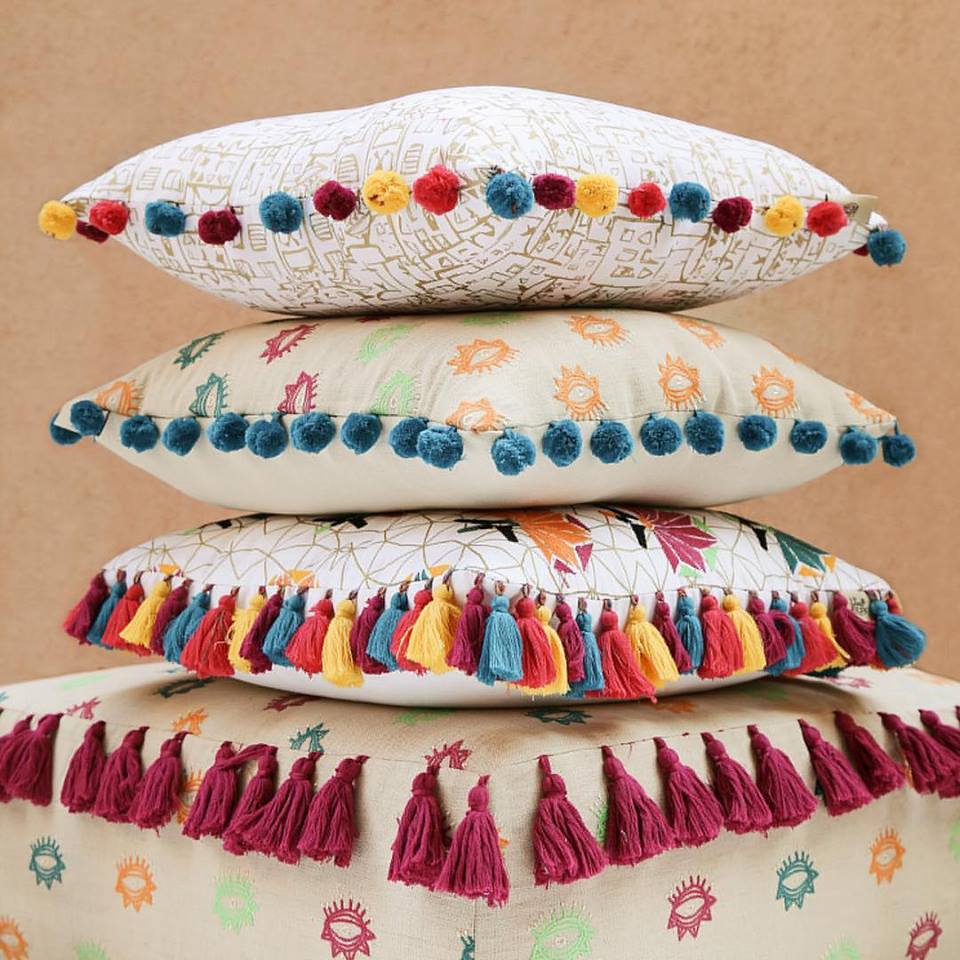 From the bustling capital to the colourful south and the captivating desert in the middle, the old-world country had a lot to reward the adventurous traveller with. The modern nomad is a visual expedition around four key areas in Egypt— each with an unmistakable character and allure.

INCA & Co is a lifestyle brand specialised in textile and furnishing. Their graphic designs could be best described as a visual feast, which encourages a younger audience to embrace colours, authenticity, and modernity. Founded in 2015, the brand has always addressed one main goal, which is to reinterpret the heritage of this well-established industry. In time for the new season, the local brand decided to follow their inspiring companion across the country as she travels from one city to the next.

Through the colourful collection; Cairo, Nuba, White Desert, and Read Sea each gets an independent elaborate chapter. Tackling the area’s main colour scheme and patterns, the modern nomad is an eloquent storyteller, which focuses on furniture as a main medium. As the main heroin is a young women, lively colours and minimalistic patterns are common between the four chapters. Meanwhile, the collection also includes a number of chairs, cushions, chandeliers, etc that are fit for a millennial household.

“Loud, bustling, chaotic, mysterious yet beautiful” is how the brand explains the undeniable charm of the capital. Captivated by the crowds often seen from the top of the city, INCA & Co found the duality of religion and superstitious beliefs quite interesting. With concentration on evil eyes and protective palms, the first chapter captures Cairo’s congested skyline of houses as well as the palm trees scattered around them.

Furthermore, the iconic Tanoura dance is also a focal point in this city’s storyline. An epitome of spirituality and heritage, the folkloric dance has been celebrated generation after another for being both meaningful and entertaining. 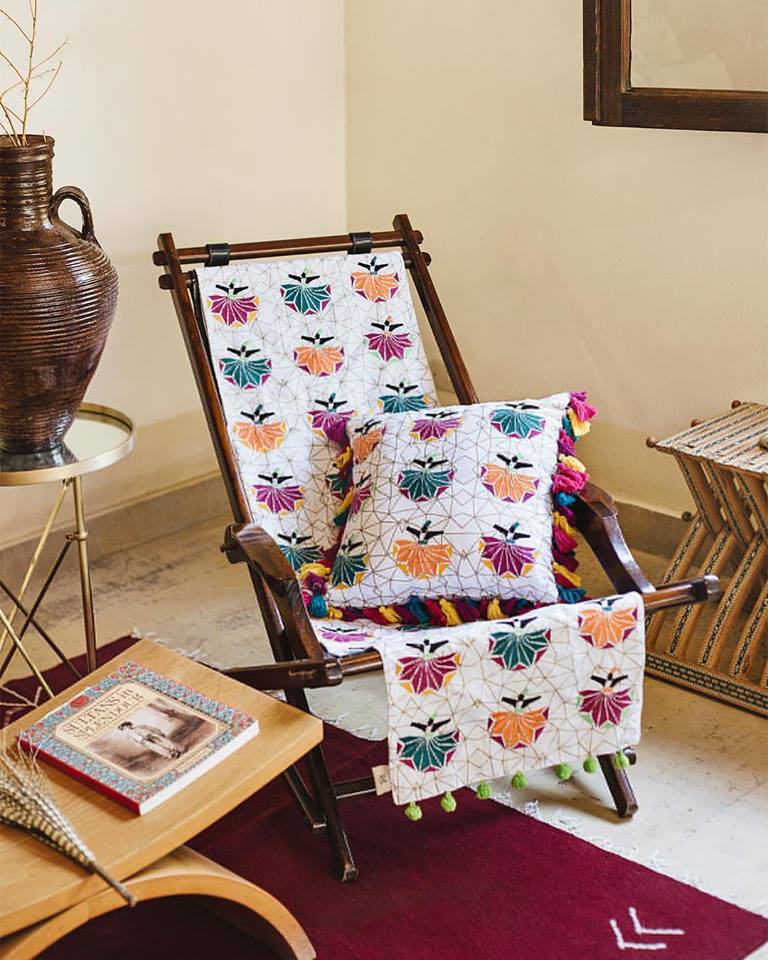 The next stop is none other than Al Farafra, in the heart of the white desert. Known for its long nights of undisturbed star gazing and basic methods of transportation, this particular destination has always been home for those who seek a haven away from modernity. Inspired by the twigs, camels, and starry skies—INCA & Co utilised a brick and brown colour scheme to recount a night in a tent house.

With that said, this particular chapter of the collection expands past textiles to include straw and bamboo furniture—including a unique peacock chair, a chandelier, and a rounded mirror.

With that said, it was a stroll among the colourful alleys of Nuba that ignited the third chapter of this journey. Mesmerised by the generosity of the laughing children running around the city, as well as the hand-painted walls seen around every corner, the third part of the Modern Nomad turns the city’s walls, as well as the women’s accessories into upholstery fabrics.

Finally, the Red Sea incites a blue wave of marine motifs. From fish-inspired patterns to an artistic reinterpretation of coral gardens, the final trip pays tribute to the natural and vivid wealth of the coastal destination.

Aside from the artistic details of the collection, the Modern Nomad is also a testament of INCA & Co’s attention to handmade craftsmanship. Their rainbow of trims, tassels, and embroidery is implemented with intricacy. Meanwhile, their materials are divided between organic cotton and linen—two fabrics that are often associated to this country. Furthermore, building on another traditional school of local craftsmanship, the collection also offers a number of trays, coasters, trivets, and plates made of hammered brass.

Nuweiba: The land of beauty, hospitality and peace