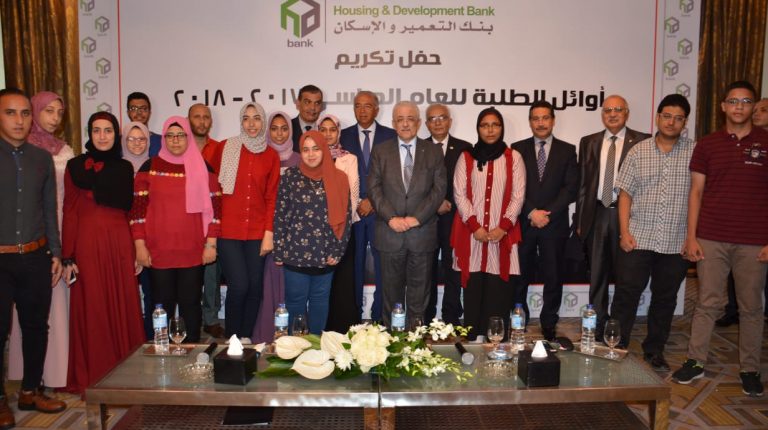 The Housing and Development Bank (HDB) plans to launch a share of one of the companies it owns in the Egyptian Stock Exchange (EGX) over the upcoming period, according to Fathy El Sebai, the chairperson of the bank.

He refused to reveal the name of the company, noting that the launching procedures have not started yet.

On the side-lines of the ceremony held to celebrate excellent secondary school students, in the presence of the Minister of Education Tarek Shawky, El Sebai revealed the total value of the bank’s investment portfolio in the company, which reached nearly EGP 1bn. The current market value exceeds this amount.

El Sebai denied that the bank is thinking to exit Hyde Park, noting that one of the shareholders was considering it then changed his mind.

In a related context, El Sebai pointed out that the Central Bank of Egypt (CBE) has not responded until now to the proposal made by the bank’s board of directors to divide the bank’s activity to real estate and commercial. This proposal was approved by the general assembly over a year ago.

He explained that the bank’s assembly is currently working on selecting the best alternatives if the CBE rejected that proposal, noting that the CBE is the body responsible for providing better proposals to benefit shareholders.

“The HDB has injected EGP 4bn to fund low and medium income groups within the real estate funding initiative launched by the CBE to serve these two segments,” El Sebai said.

He stressed that the bank has always sought to serve the national economy through funding national development projects, and if any surplus in liquidity remains, it is invested in treasury bills.

According to El Sebai, the total investment portfolio of small and medium projects (SMEs) in the HDB is currently estimated to be EGP 2bn, an equivalent of 12% of the total loan portfolio in the bank. He stressed that the bank aims to increase the volume of the portfolio to 20% to be in line with the CBE’s initiative in this regard.

He added that EGP 400m will be injected for these projects this year, stressing that the bank gives these projects special attention, in line with the state’s strategy and the CBE’s initiative that aims to support this vital sector, which is the base of the national economy.

Moreover, El Sebai pointed out that the bank aims to take the number of the its branches to more than 90 by the end of this year, compared to 80 currently.

The bank aimed to increase the number of its branches to 100 by the end of 2018, however, according to El Sebai, this seems to be unlikely to happen now.

The HDB provided HD Company for Financial Leasing—an affiliate of the bank—about EGP 400m, as a loan to the customers of the segment.

He added that the company has recently increased its capital from EGP 5m to EGP 100m with the aim of increasing its operational capacity to serve the largest number possible of customers.

For his part, Hassan Ghanem, the vice chairperson and managing director of the bank, said that the total customer deposits now are estimated to be EGP 35bn. The bank aims to increase the number by 50% by the end of this year.

He noted that the bank aims to launch a various group of retail banking services over the upcoming period. Additionally, internet and mobile banking services will be launched by the end of this year.

El Sebai noted that the bank gives great attention to social responsibility especially, in the field of health and education, as about 75% of the total expenditure was spent on these two sectors.

According to El Sebai, this honouring is part of the bank’s attempt to enhance the role it plays in the field of caring for excellent students out of the belief in the importance of active participation in community issues.

El Sebai said that the bank’s sponsorship of excellent students continues until the end of the university level, explaining that the sponsorship started with the excellent graduates of school year 2014/2015.

The programme includes 14 students, and provides financial support of EGP 1000 monthly, starting from the first month the student joins the university until graduation.

According to El Sebai the programme currently supports 43 excellent students, from the past three years and the current year.