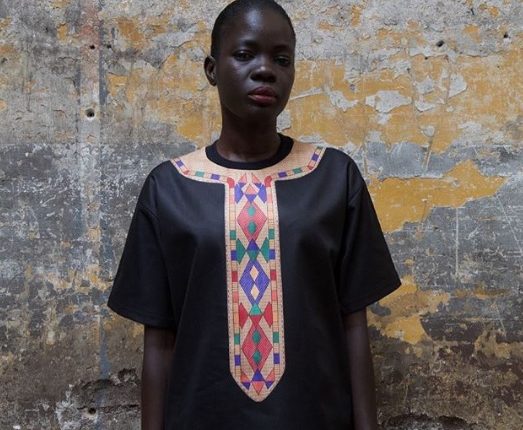 As a true silent historian, fashion has always been an eloquent storyteller, nurtured by the needs, dreams, and achievements of humans. The past century is punctuated with several fashion staples, which only originated due to significant events. With that said, it is only natural that the most evident struggle of the current decade would start seeping into the fashion choices of each global citizen.

Like many ethical brands, their need to tackle a true crisis and provide a tangible fashion-driven solution has yielded in a rainbow of sustainable gender-flued t-shirts. The Idris Foundation strives to provide better conditions for refugees around the globe. Based in the United Kingdom, the non-governmental organisation is a continuation of Idris Yassin’s passionate initiative to make the world a better place. Sustained by his family, the organisation extends a helping hand to orphans living at refugee camps in Eritrea, East of Sudan, Lebanon, Djibouti, and Yemen.

With that said, their most recent initiatives are not only a subtle contribution to aid refugees, but also a global approach with the potential to reach out to a diverse audience. In collaboration with Efro & Co, the foundation has found a visual statement in the honest sketches of refugee children. Printed on t-shirts, the children’s explanations of hope, family, and love are sincere and uncensored messages.

The genuine concept was first thought of by Efro & Co’s founder Dina Yassin, who chose to give her guests an extraordinary giveaway as they left her wedding event. The entrepreneur aimed to stick to the cause she has dedicated her work to support through sending art supplies to refugee kids. The gift did not only touch the attendees, but it has also encouraged the inception of the Team Refugee Project.

With a successful collection up their sleeves, the masterminds behind the project decided to raise the bar by creating a visually-elaborate campaign in celebration of the second edition. Shot by Bruno Gabriel in Spain, the editorial photoshoot features real refugees along a few casted models. Their expressive features unfold days, months, and years of trotting the globe in search for an alternative home.

All profits from this project are expected to be utilised in enhancing the living conditions of several refugee camps—including health and education standards. The foundation has already managed to successfully build schools, as well as provide awareness programmes to both children and teaching staff. Meanwhile, they currently support nine schools, which cater to 300 children.

New arrivals on the shelves