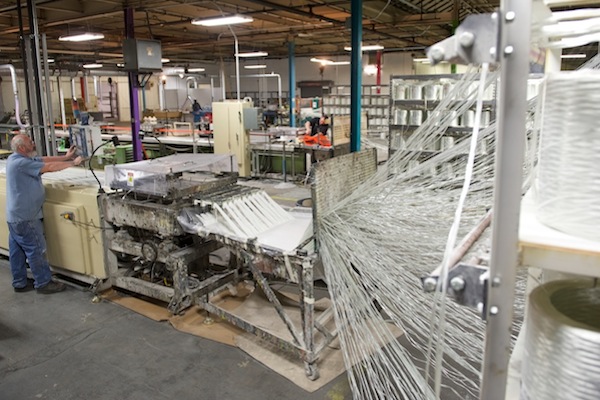 Chinese Jushi has opened the third line for fiberglass production factory in the southern region of Ain Sukhna, making the total production capacity of the project 200,00 tonnes of fiberglass.

Mohab Mamish, the chairperson of the Suez Canal Economic Zone (SCZone) said that the project contributed to generating many jobs, adding that the expansion of foreign investments in the region reflects the success of policies and the administration to attract more investments, as well as raise the classification of the region.

Mamish added that the presence of Suez Canal as a focal point adds an advantage to the area and helps create new paths for cooperation with the Chinese side, in addition to improving the opportunities available for the region in terms of logistical services.

Mahfouz Taha, vice chairperson of the authority for the southern region, said that Jushi-Egypt represents a real success story in the economic region that may be added to the previous success stories, bringing out the cooperative relationship between Egypt and China after the success of TEDA-Egypt, the largest industrial developer in the economic zone. The company provided the state’s budget with EGP 300m taxes within four years and generated about 2,500 jobs.

This project is considered the largest among Chinese investments in Egypt in the field of advanced equipment technology. This project is also one of the largest in fiberglass production outside China, and it uses the latest and most accurate equipment.