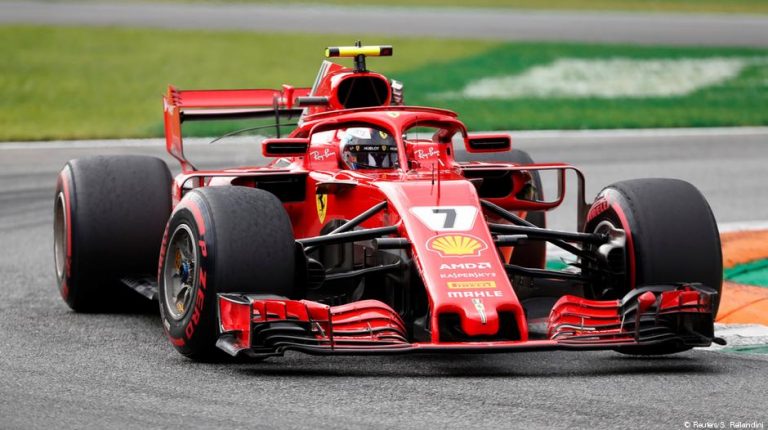 Kimi Raikkonen pipped his teammate Sebastian Vettel to claim pole position in the Italian Grand Prix. It’s the first time that Ferrari have claimed pole at their home Grand Prix since 2010.Raikkonen, the Finnish driver whose future at Ferrari remains unclear, surprised title rivals Vettel and Lewis Hamilton with the fastest lap of 1 minute 19.119 seconds on the 5.793-kilometre high-speed course, claiming his first pole of the season and 18th overall.

Vettel trailed by 0.161 seconds and Mercedes driver Hamilton was third, 0.175 back. Four-time Monza winner Hamilton leads the championship 17 points ahead of Vettel, who got his first career win in Monza in 2008 for Toro Rosso, won twice there for Red Bull, and is coming off a victory last week in Belgium.

The last time the Italian team claimed pole on the Monza grid came from Fernando Alonso in 2010, when the Spaniard went on to win the race in what was Ferrari's last home success.

"It was unbelievable to see the amount of support around the track," Vettel said after qualifying. "Kimi was a little bit too fast in the end. My lap wasn't very good. It's great to have both cars on the front row."

While Raikonnen was delighted with his result, he was keen to stress that only half the job is done.

Hamilton, meanwhile, accepted that he had a lot of work to do to extend his lead, as he seeks a fifth title.

"We gave it everything we could. It's incredibly close but Ferrari have had the upper hand this weekend so far," he said.