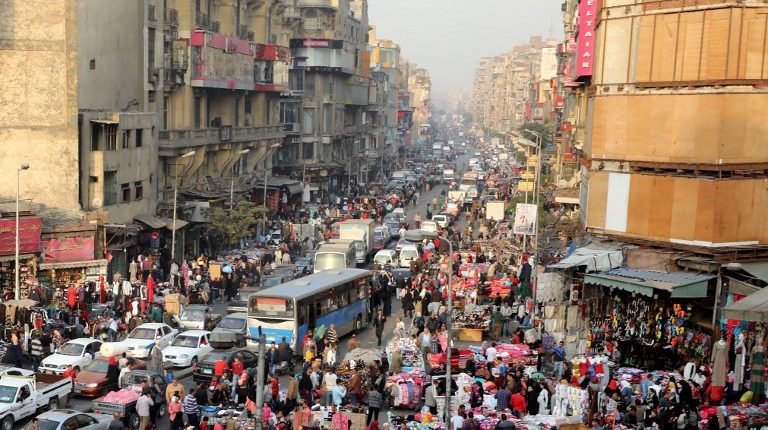 The Population Reference Bureau (PRB) revealed in a study that the world’s population will reach 9.9 billion by 2050, up by 2.3 billion or 29% from an estimated 7.6 billion people currently, in 2018.

Notably, the world’s population is growing older with continued declines in fertility and mortality, and the global population’s shift toward an older age structure, known as population aging, will accelerate.

The PRB added that the top eight countries with the greatest population increase between 2018 and 2050 are, India, Nigeria, the Democratic Republic of the Congo, Pakistan, Ethiopia, Tanzania, Egypt, and the United States, respectively.

Meanwhile, the PRB forecasts that the population of Nigeria, which is ranked the second in terms of the top eight countries with greatest population increase between 2018, and 2050 will reach 4.1million in 2050 compared to 1.2 million in 2018, an increase of 214.7 million.

Concerning the fifth country in terms of the top eight countries with greatest projected population increase between 2018, and 2050 which is Ethiopia PRB forecasts that its population will reach 190.9 million in 2050 compared to 107.5 million in 2018, an increase of 83.4 million.

In terms of Tanzania which is ranked the sixth country, the PRB expects that its population will reach 138.1 million instead of 59.1 million in 2018, an increase of 79 million.

From the above indicators, the population of 26 countries, nearly all in Africa, will at least double, also Niger in West Africa will see its population nearly triple.

From those, China will register the largest numerical population decrease with about 50 million, followed by Japan at 25 million and Russia at 9.4 million. Romania will see the largest percentage decline in population with 23%.

As China is currently considered at the forefront in population size, China’s population will decrease by about 50 million from its current size to 1.34 billion.

India will supplant China as the world’s most populous country with 1.68 billion people.

Meanwhile, others will have large number of youth so they have large underemployment rates, so they need to decrease or curb the number of children through family planning awareness programmes.

For example, in terms of Egypt, with a recorded new-born every 15 seconds, it has one of the highest population growth rates in the world.

According to the 2017 census, there are now 104 million people in Egypt, which means that Egypt ranks 13th worldwide in terms of population.

Unfortunately, the PRB expects an increase in Egypt’s population by 69.5 million. But according to the PRB the population of Egypt in 2018 amounted to 97 million, while by 2050 it will reach 166.5 million.

Notably, in 2000 Egypt cut a long shot in reducing its growth rates but after the 2011 revolution, the rates began to rise again.

Hence, to return back to smaller growth rates, the Egyptian government adopted new policies, including the population and development strategy 2015-2030, and that of the Ministry of Social Solidarity, which launched a new project named ‘Two is Enough’ with the aim of reducing birth growth rates, in addition to increasing people’s awareness about family planning.

Despite that, during the fourth National Youth Conference, President Abdel Fatah Al-Sisi stated that “Terrorism and population growth are the biggest threats in Egypt’s history.”

On the other hand, Denmark has a problem which is a smaller population rate according to government statistics, Denmark posted a birth rate of 10 per 1,000 residents in 2013—its lowest in decades. The nation’s birth rate was 9.9% in 1983.

Hence, a Danish media and advertising campaign was designed to increase the country’s birth rate named ‘Do it for Denmark.’

The campaign was launched by the Danish travel agency Spies Rejser, with the aim of finding ways to stop the population decline present in Denmark. Following the implementation of the campaign in 2014, the Danish birth rate increased.

According to the official national statistics bureau of Denmark, 1,000 more babies were born in the first quarter of 2016 compared to the same period in 2015.

All these indicators do not mean that the problem in Denmark has ended but it is still present as according to the PRB the population of Denmark will reach 6.4 million in 2050, compared to 5.8 million in 2018, which is still a small population size.

When comparing Egypt with Denmark in age structure, we will find that according to the PRB 34% of Egypt’s population were aged increasingly younger than 15-years-old in 2018, while in 2050 they will be 25%.