During his presidential mandate, it is clear that President Abdel Fattah Al-Sisi strongly believes in boosting Egypt’s relations with China, whereby he visited  the country four times, in addition to the current visit, which began this Saturday and will continue for four days. 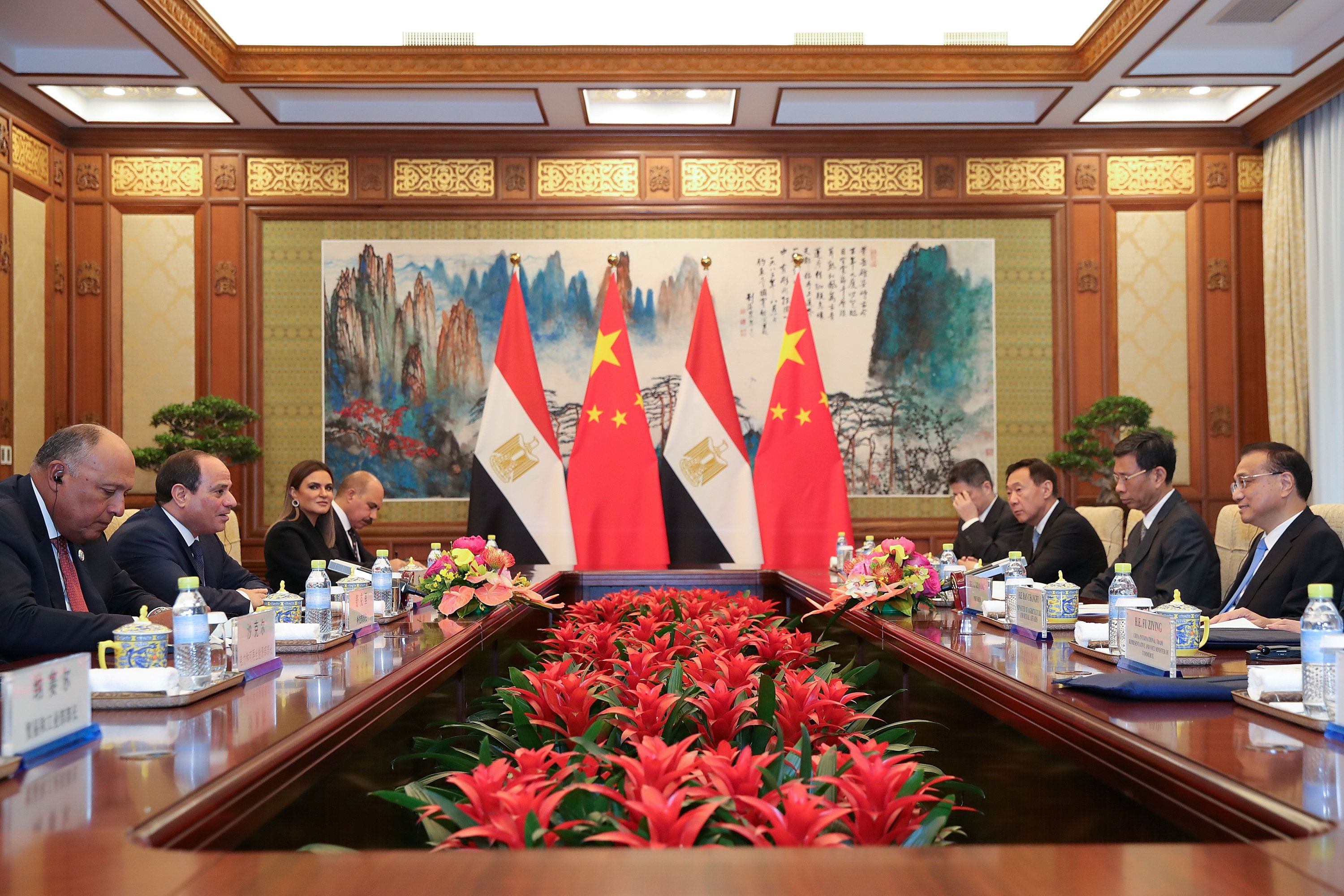 Trade exchange over imbalanced in favour of China, says expert

“We began our bilateral relations with China since the 1950s. However, we do not make full use of them to achieve the best benefits,” said El-Hamakki, adding that there are huge opportunities to boost cooperation with China, especially, over the economic aspects.

Trade exchange is over imbalanced in favour of China despite the huge potential of boosting Egypt’s exports to China, noted El-Hamakki, adding, “China pays great attention to investment and cooperation with Africa, and Egypt can be a regional hub to accomplish the Chinese plans for Africa benefiting from its comparative advantages in many economic sectors and its geographical location.”

“China is witnessing a revolution in many economic sectors nowadays like renewable energy and electric cars and Egypt should make bilateral exchanges using its advanced technologies,” said El-Hamakki, noting that Chinese investors are very active in cooperation in the new administrative capital project.

On 9 August, the Ministry of Investment and International Cooperation released a press statement noting that minister Sahar Nasr met with a delegation from the Chinese government comprised of eight major Chinese companies and China Fortune Land Development Co,  Ltd (CFLD), which is specialised in the establishment of new cities, during their visit to Egypt at the MIIC premises.

The minister emphasised that Egypt welcomed Chinese investments in light of its adequate investment climate and economic and legislative reforms in the implementation of directives of Al-Sisi, said the statement, adding that the Egyptian government worked on encouraging private sector investments being the driver of economic growth, job creation, and elimination of poverty. Thus, Egypt carried out major economic and investment reforms.

Moreover, the minister presented an overview of legislative and regulatory achievements, including the issuance of the New Investment Law and its executive regulations, debt restructuring, preventive composition, and bankruptcy law, financial leasing and factoring law, and amendments to the companies and capital market laws and their executive regulations. She noted that the New Investment Law included several incentives and guarantees for investors.

During the meeting, the Chinese companies expressed their keenness on injecting new investments in the Egyptian market during the upcoming period, commending the steps taken by Egypt to improve the business environment during the previous period. Egypt’s investment map and investment opportunities in all fields were reviewed.

For his part, vice-chairman of Sinoma Chinese company, Liu Zhijiang, asserted that his company was determined to invest in Egypt through establishing an iron and steel factory with a production capacity of 2m tonnes annually and with investments worth approximately $100m.

El-Hamakki said that Egypt should offer a plan for its projects, which are scheduled to benefit from the  Belt and Road initiative, especially, that China allocated major investments for the initiative’s projects up to $4tn.

Notably, China is currently undertaking what it considers the largest project of the century—building a network of railroads and shipping lanes linking itself with 70 countries across Asia, Africa, Europe, and Oceania. The main focuses of the Belt and Road initiative—also known as “One Belt, One Road”—are in infrastructure, transportation, and energy.

Countries including India, Pakistan, Russia, New Zealand, and Poland have all joined in the project. Together they make up at least a third of the world’s gross domestic product.

The Belt and Road initiative consists of two parts: the ‘Belt,’ which recreates an old Silk Road land route, and the ‘Road,’ which is not actually a road, but a route through various oceans.

Rakha Ahmed, former assistant to the foreign affairs minister, said that economic dimension drives bilateral cooperation with China, noting that the current visit of Al-Sisi to China mainly aims tot boost cooperation with Africa, and China and to attend the Africa-Chinese forum.

Several memorandums of understandings (MoU)were signed on the sidelines of the presidential visit, said Ahmed, noting that Chinese have great plans to boost cooperation with Africa and Egypt and will participate in implementing them.

“Several presidential visits to China affirm the leadership interests to push bilateral relations,” said Ahmed, adding that Egypt should benefit from the Chinese technology to support the industrial sector.

On 12 August,  Nasr met with a delegation from the Chinese company Tianjin, which works in the field of waste recycling. The company’s general rmanager, Hoover Kay, stated that they wished to invest in Egypt, owing to the enhanced investment climate, noting that it was one of the strongest companies in the world in the field of waste recycling, with branches in 20 countries worldwide. He mentioned that they intended to establish a recycling plant in Sadat City in Menoufia after having conducted a feasibility study and signing an MoU with the governor of Menoufia. 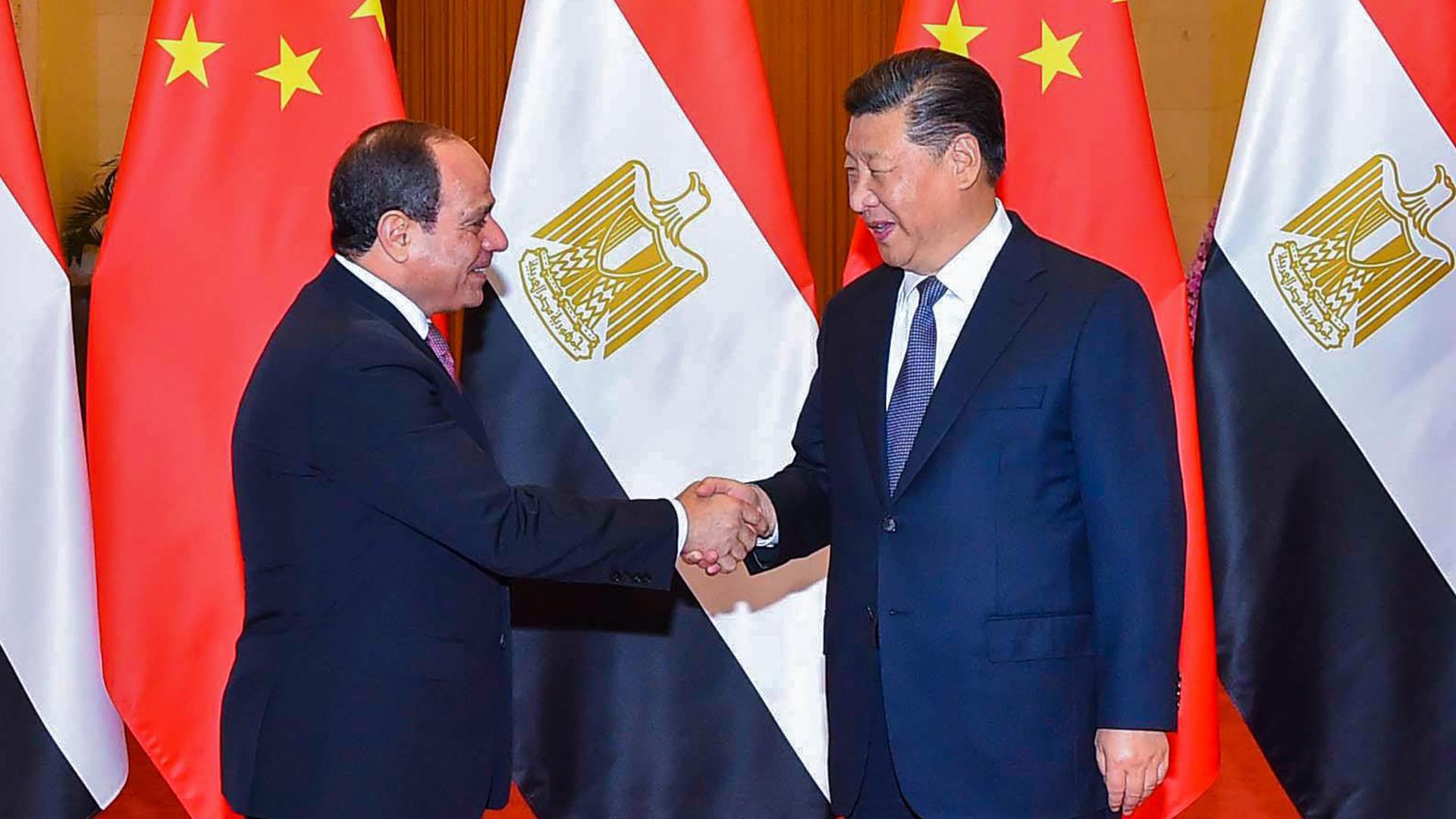 The document said that there are 771 industrial Chinese companies in Egypt with $404.97m investments and 21,811 job opportunities.

On 19 August,  Nasr met with the Chinese ambassador to Egypt, Song Aiguo, in the presence of the Asian department head at the ministry, Mona Ahmed, and officials responsible for the Chinese file at GAFI, according to a ministerial statement.

The statement noted that the meeting discussed boosting Chinese cooperation with Egypt in terms of development aspects and their investments in the local market.

The statement said that both sides discussed collaboration with the Chinese Egyptian business council with the aim of increasing Chinese investments in Egypt, adding that the meeting discussed the developmental cooperation through Chinese funds and grants for Egyptian projects.

The Egyptian government looks forward to China’s acquiring a rank among the top 10 invested countries in Egypt, said Nasr, noting that China has about 1,558 firms in Egypt working in several sectors, such as energy, ICT, and transportation.

Moreover, the Chinese ambassador reaffirmed the historical relations between China and Egypt, adding that Chinese investments will significantly grow over the next period, especially after Egyptian reforms including the New Investment Law.

Ahmed noted that economic relations with China are very good as they take balanced decisions regarding Yemen’s issue and Syria’s case, noting that Al-Sisi will meet the Ethiopian Prime Minister Abiy Ahmed in China, during their participation in the Africa-China Forum to continue discussions about the Grand Ethiopian Renaissance DDam (GERD), which were started by the intelligence services and Egypt’s Foreign Affairs Ministry lately.

The Egyptian president will also hold important talks with senior Chinese officials and participate in the summit of the China-Africa Cooperation Forum which will be held on 3-4 September. During a bilateral meeting with the Chinese president, Al-Sisi noted that the development of economic cooperation between the two countries is developing significantly, praising China’s support for development in Egypt and welcoming the exchange of visits between both countries.

The president noted the development of economic cooperation between the two countries, praising China’s support for development in Egypt and welcoming the exchange of visits between both countries.

The summit between both leaders will mark the 17th between the two countries since the first meeting between former President Gamal Abdel Nasser and the Chinese Premier Xu Enlai, during the period from 18-24 April 1955, on the sidelines of their participation in the Afro-Asian Conference in Bandung, Indonesia.

The first summit between Al-Sisi and Xi Jinping was held in December 2014, during Al-Sisi’s first visit to China after his election as president. During the visit, Al-Sisi will hold meetings with representatives from major Chinese companies to discuss aspects of joint cooperation and ways to increase their investments in Egypt. The president will also visit the Central Academy of the Communist Party of China, one of the most important educational institutions in China, responsible for training Chinese officials and leaders.

US growth revised up on investment and export spurts