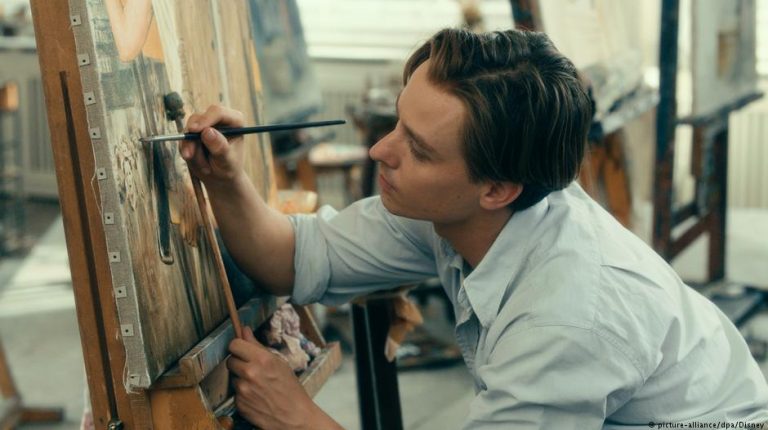 Florian Henckel von Donnersmarck’s new work, Never Look Away, premiered in Venice and is Germany’s submission for the Oscars. It is also a tribute to the German artist Gerhard Richter.Filmmaker Florian Henckel von Donnersmarck told DW that he views the Venice Film Festival as the most important one in the world. He sees it as a reflection of history, pointing out how it was connected to Italy’s fascism for many years. But it also stands for the emergence of new cinema in the 1960s, for example through its Golden Lion awarded to German filmmaker Alexander Kluge in 1968, one of the directors behind the New German Cinema movement.

Von Donnersmarck, who was revealed to the world 10 years ago with his Oscar-winning feature debut, the Stasi drama The Lives of Others, is now at the center of the action on the Lido.

Never Look Away, the director’s third film, premieres on Tuesday at the Venice Film Festival. Like the festival itself, Never Look Away is also about fascism and the emergence of new art in the 1960s.

According to von Donnersmarck, Never Look Away is not a film à clef, “in which I only changed the names of the characters to be polite,” the director said. Yet the film is inspired by key moments in the life of German star painter Gerhard Richter.

The artist depicted in the three-hour film is called Kurt Barnert. Growing up in Dresden during World War II, he is introduced to the arts by his aunt who brings him for instance to the “Degenerate Art” exhibition organized by the Nazis. The aunt, who is mentally unstable, is later murdered by the Nazis as part of their euthanasia program.

Cut to years later: The young Kurt Barnert is meanwhile an art student in the GDR. He can’t adhere to the naive ideals of East Germany’s socialist art. He finds consolation in the company of the young Ellie. While he’s falling in love with her, he doesn’t realize that her father was responsible for the death of his beloved aunt under the Nazis and has meanwhile become a doctor for the Socialist Unity Party of Germany.

Later Kurt and Ellie flee to the West, where he pursues his studies at the Düsseldorf Arts Academy. A key scene shows how Professor Antonius van Verten inspires him to break free from established aesthetic conventions.

Kurt Barnert starts dealing with his personal experiences, as well as his aunt’s tragic fate, through his art. Not coincidentally, the paintings he creates are strongly reminiscent of Gerhard Richter’s work, formally and in their content.

In 1964, Richter celebrated his first solo exhibition under the title “Gerhard Richter. Photo images, Portraits and Families.” From then on his career kept going uphill. Richter is now one of the world’s most important and the most expensive living artist.

Richter’s beginnings up until his artistic breakthrough are therefore portrayed in Never Look Away through Kurt Barnert’s 188-minute story.

Florian Henckel von Donnersmarck explained that he decided on a fictionalized version of the artist’s story as he wanted to feel free in the depiction of the characters; he didn’t want to make it a documentary. Three hours of great cinema, German history in several stages, many well-known actors, dramatic music and directing — no one could possibly mistake Never Look Away for a documentary.

Still the parallels between the fictional character and Richter’s life are obvious. Further characters reflect real life. For example, the Düsseldorf art professor Antonius van Verten is none other than Joseph Beuys.

The historical drama Never Look Away deals with Nazi crimes, East German art doctrines and the political organization of the GDR, while exploring the emergence of new art in West Germany, notably through Beuys and abstract artists.

“I believe that every great artwork is material proof that it is possible to transform a dream into something positive,” said the director, reflecting on something Gerhard Richter once said when he was asked to discuss the power of art. The artist reacted by saying that the word “power” was wrong; for him, art wasn’t a power — it was rather there as a form of consolation.

Von Donnersmarck has directed an epic work on German history, but the film also has its weaknesses. Certain sequences, such as the scenes at the Düsseldorf Arts Academy, could come straight out of a textbook, overzealously attempting to cover all aspects of the debates in the art world at the time. While the film has a lot to tell over three hours, it feels too crammed for its own good.

Another disturbing aspect is the “clean” art direction of many scenes that has come to characterize many historical German films and TV movies. Instead of transmitting authenticity, the film’s studio production is in the foreground.

That’s unfortunate, since Never Look Back, which is the German submission for the Oscar for best foreign film, nevertheless features outstanding and touching scenes. The first part’s story of the young Kurt Barnert and his aunt would have deserved its own film.

The young man’s second meeting with the former Nazi doctor, who become Kurt’s own stepfather, is an emotional and gripping scene.

“Never Look Back is a great film about Germany — and beyond Germany for the world,” said Jan Mojto, co-producer of the work. This declaration perhaps reveals why Never Look Back isn’t entirely convincing. It’s a film that has too much to say. It remains to be seen how Venice’s jury will perceive it.