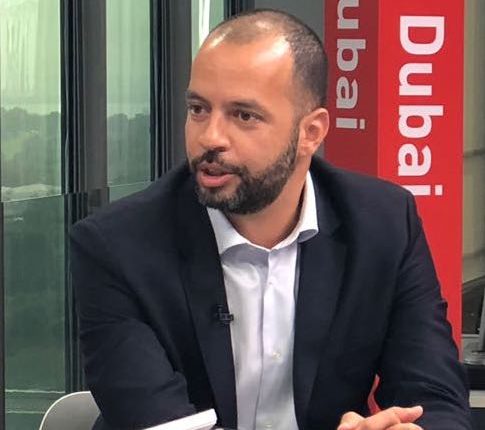 Sarwa Capital Holding seeks to launch 40% of its capital share in the Egyptian Stock Exchange (EGX) in early October to collect about $120m through increasing capital, in addition to the partial exit of a main shareholder, the Egyptian American Projects Fund, owner of 72% of the capital.

Sarwa Capital owns a large number of companies, with Contract Consumer Funding at the top, including funding cars, and instalment services on consumer goods and durable goods, representing over 85% of the volume of the group’s business. It also owns a company for real estate funding and another for financial leasing of small and medium companies, known as ‘Plus Leasing.’ 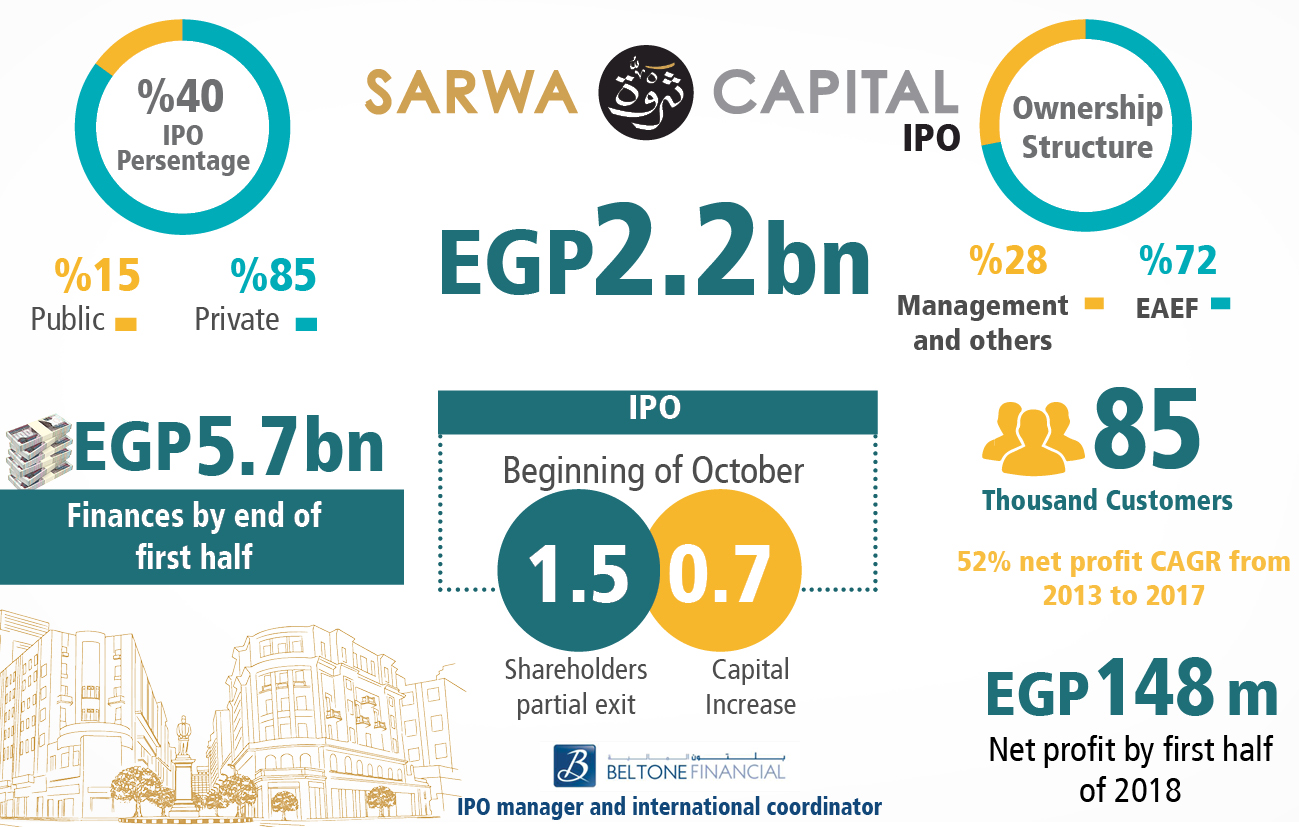 In the current time, the company is working to establish two insurance companies, one for life insurance and the other for property insurance. They will focus mainly on individuals’ insurance operations with investments worth EGP 200m, while the rest of the proceeds from the operation will be used to fund the rest of the company’s activities, he added.

during the first half of this year. Promotion operations were launched in the Arabian Gulf today, and the few upcoming weeks will see many promotions for the offering in Europe, North America, and South Africa, noting the initial promotion of the offering was welcomed by investors in global markets, expecting the company’s trade in the stock exchange to begin in early October, noting that the company has submitted all the required papers to the regulatory bodies that required them, and is currently awaiting approval for

the prospectus, he elaborated.
On the activities of the company, he explained that it is working on two main lines, one of them is for individuals. Contract mainly runs this activity, and in addition, there are other activities by the companies to meet the financial needs related to debts through financial leasing, securitisation, and bonds’ issuance. The CEO of the company said that its strategy mainly relies on focusing on building financial activities correctly through a wide base of customers, especially, small and medium sized enterprises (SMEs). The average size of financial leasing contracts is EGP 1.5m, and they mainly focus on the medical sector and

machines.
He explained that building a wide base of customers for the company has led to a defaulting rate of less than 0.3% in 16 years as a result of the system stemming from the market itself, whereby he revealed that the company is seeking to add new funding tools, whether short-term bonds, covered bonds, or instruments.

portfolio throughout the year.Moussa added that the company is seeking to increase the relative weight of the instalments, mortgages, funding, and leasing in the portfolio, as Contact currently has over 85% of the company’s business.
Sarwa has appointed Beltone Financial Holding as an exclusive manager of the offering, with Maatouk Bassiouny as legal advisor, and Binder Dijker Otte (BDO) as advisors to determine the fair value of the company’s shares.

The volume of the funding portfolio during the first half of this year reached EGP 5. 7bn. Since its establishment in 2001, the company carried out funding operations worth EGP 15. 5bn. The proceeds of the funding during the past 12 months

reached EGP 1. 2bn, while the net profit, excluding minority rights, is estimated to be EGP 229m during the same period.

The company has more than 85,000 customers, serving 12 branches and over 1,500 points of sale (POS) across most of the governorates throughout a large network of brands which have contracts with Sarwa Capital.

It issues securitisation bonds worth EGP 1.75bn for Contact’s portfolio.

Notably, Sarwa implemented the 18th issue of Contact’s portfolio and its sister companies. The total issuance value reached EGP 1.75bn, divided into three segments with different terms ranging from one to five years.

The bonds were issued after the offering was approved by the Middle East Credit Rating Company ‘Hermes,’ and it was characterised as a high credit quality ranging between AA+, A and AA.

In that context, Ayman Al Sawi, managing director of Sarwa Capital, said that in light of the strong demand by financial companies and banks, issuance stood out as the second one to be carried out in 2018 for Contact’s portfolio and its sister companies. The issuance is deemed the 28th of Sarwa’s issuances which exceeded EGP 14bn.