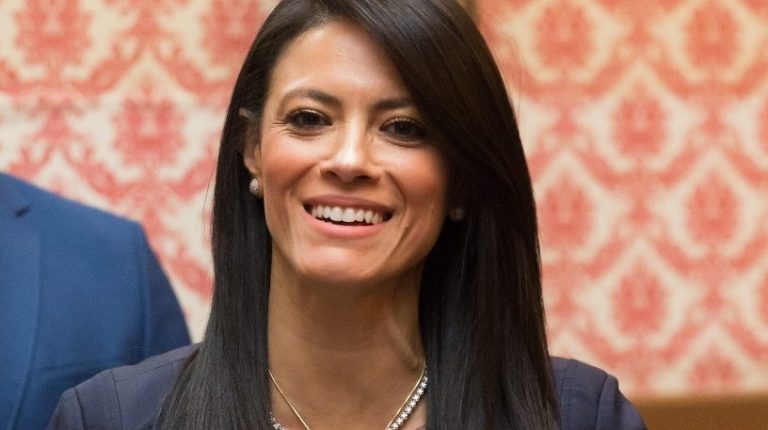 Egyptian tourism is in a state of recovery, after several years of being affected negatively by the problems suffered by the country, especially, terrorism.

Tourism Minister Rania Al-Mashat said that the sector’s figures this year will reflect the continued improvement that began last year, especially with the launch of a new promotional plan.

Daily News Egypt sat down for an interview with Al-Mashat, whereby she said that the Grand Egyptian Museum will be the heart of the new Egyptian tourism promotional campaign. The transcript for which is below, lightly edited for clarity:

Can you reveal Tourism Ministry’s expectations for tourism revenues as of 2018?

There are signs of positive signs since the beginning of the year, in terms of inflow and income compared to previous years. There is a significant growth in inflow that started in 2017 and the first quarter of 2018, due to a number of reasons: the stability of the security situation in Egypt and the role of the political leadership in supporting tourism and enhancing foreign relations.

Tourism in Egypt is projected to realise good results by the end of the year, especially, as tourism demand picks up after the new promotional campaign that will be launched soon.

Can you tell us about your ministry’s plan to develop Egypt’s tourism sector?

We have an ambitious plan to develop the tourism sector, where the ministry implements an integrated

strategy based on more than one axis. The most important of these axes are the structural and organisational reforms of the ministry and the tourism sector as a whole, the development of the quality of services provided to tourists and maximising the competitiveness of the tourism sector in Egypt through investment in the human element to improve the efficiency of workers.

Here I would like to point out the importance of the training and qualification to create cadres able to raise the quality of services provided to tourists, which is consistent with the strategic vision of the ministry toward achieving the sustainable development of Egyptian tourism.

As for the promotional file, its tools are currently being updated as more modern social networking sites and digital platforms will be used. The ministry is about to announce its promotional campaigns soon, which will be launched under the slogan ‘People to People’ as a way the world can learn more about the Egyptian people, their customs, traditions, as well as culture.

The new promotional plan will also include promotion about the Grand Egyptian Museum under the slogan GEM 2020. The ministry is currently working on creating an agenda for recreational activities for Egypt throughout the year through the presence of international events and festivals.

The ministry’s promotional plan will also include advertising for each tourist destination separately by branding destinations.

Can you inform us of your ministry’s plan to develop hotel services?

The ministry is keen to heavily develop the quality of services offered to tourists in general and not only hotel services to maximise the tourist experience in Egypt. In terms of hotel services, the ministry is working to modernise the categories of hotel standards to match international standards. We have taken the first step in this regard, where a tourism expert came to Egypt to review the new norms of hotels.A training programme will also be put together to train workers and inspectors in the hotel department at the ministry to use the new system.

How does your ministry see private sector cooperation?

The private sector accounts for about 98% of the Egyptian tourism sector. It is an essential part of the industry. I would like to say that the ministry’s role is regulating the sector. The ministry works in favour of the local tourism generally and conducts structural and legislative reforms to the laws and regulations organising the tourism sector, which have been issued over 40 years ago. For example, the ministry issued a decision to amend some provisions of the joint regulations to the Egyptian Tourism Federation, in order to

simplify and facilitate their procedures for holding general elections of tourism chambers of commerce and their federations as soon as possible.

When will general elections of Tourism Chambers of Commerce be held?

It will be on Wednesday 31 October, after consulting the acting committees of the Egyptian Tourism Federation and the Chamber of Tourism Establishment. The ministry will open the door for candidates to be formally nominated on Saturday 8 September and will last for six working days until 15 September.

Can you reveal latest developments in real estate tax on hotels, tourist buildings?

The ministry recently signed a five- year protocol to solve the real estate tax crisis related to hotels and tourist buildings, in cooperation with the Ministry of Finance, represented by the Real Estate Tax Authority, starting from the date of activating the law from 1 July 2013 to 31 December 2018. The protocol took into account the interest of the private tourism sector, the main partner in the success of the tourism system, without prejudice to any of the state rights.

According to the protocol, it was agreed to take into consideration the investment cost of each hotel star rating according to the evaluation of the General Authority for Tourism Development (including the cost of land, buildings, fixtures, and all services) for the first five years of applying the law. Then the ministry will look into the situation for the next five years after the election of the Chamber of Tourism Establishment’s boards of directors and the Egyptian Tourism Federation, in accordance with the law in this regard.

The current protocol was reached after holding several meetings between representatives of the ministry of finance (Real Estate Tax Authority) on one side, and representatives of the tourism sector (Egyptian Tourism Federation, Chamber of Tourism Establishments, and Tourist Investors Associations) on the other hand to find the best method for evaluating tourism establishments. These establishments face many crises, and do not achieve full occupancy rates throughout the year.