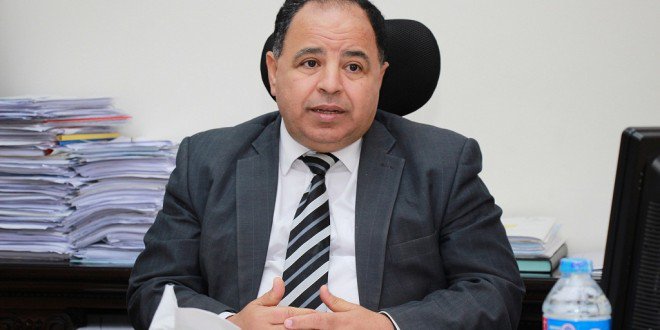 Reducing publid debt to lower than the 75% of the GDP mark is one of the main priorities of the current government, and the Ministry of Finance.

The ministry needs to work with other economic group ministries in harmony to formulate several stategies aiming to achieve such goal.

Daily News Egypt sat down for an interview with the Minister of Finance Mohamed Moeit, who said that the current government is open to dealing with all the issues and obstacles facing investors, in order to increase investments, especially, foreign ones.The transcript for which is below, lightly edited for clarity:

Everything is going normally after announcing the first group of companies to be offered.We will start offering shares in the Eastern Company for Tobacco and Amoc petroleum in October.

We have a programme to offer five other state-owned companies on the Egyptian Stock Exchange (EGX) during the first quarter (Q1) of 2019. There may be companies among them that are listed for the first time on the EGX which would require some measures.

May you elaborate on government’s plan to reduce public debt?

Reducing the public debt is a top priority for the government. The prime minister has held many meetings with

the economic group and meetings with the president are expected to be held soon to discuss the issue.

The government is currently considering all the alternatives to deal with the public debt file, which declined last fiscal year to 98% of the GDP compared to 108% in fiscal year (F Y) 2016/2017.

The 98% level is considered high for public debt, hence we are working to reduce it to 75% or less during the next four FYs through the strategy the government is currently preparing.

Yes, and we are currently studying certain decisions to achieve our goal. We cannot announce them until they are final.We are also working to achieve high growth rates, in order to generate jobs and increase exportation, which requires increasing investments.

May you share objectives of government for state budget this FY?

We aim to achieve a surplus and reduce the overall deficit to 8.4% of the GDP. We understood over the past period that the state’s resources are not enough alone to meet 50% of the expenses that require more loaning to cover the current expenditure and repay the debts, which increase initial deficit rates to 5% of the GDP. The overall deficit reached 13% over the past period, which put us

in a really tight spot.
The biggest challenge facing the Finance Ministry is the large debt burden. It consumes a large part of the state’s revenues, and we aim to reduce debts so high productivity rates must be achieved and Egyptian exports must be increased

What about reforming tax, customs system?

Spending on expenditure, debt, pensions, and subsidies requires creating major resources for the economy’s growth and collecting the state’s dues, all of which can be achieved through increasing the efficiency of the tax authority and developing a plan to develop it through mechanization processes.

The current government is also open to resolving all the issues facing investors to increase investments, especially, foreign ones.

The Finance Ministry is currently working to restructure all the procedures of income tax and the value added tax through formulating a draft law for e-bills.

The ministry is also adopting a stability of tax and customs policies and there is no intention to draft a new law, instead, we are working to

integrate amendments to the law in order to simplify procedures.

In your opinion what will Egypt’s economy need currently?

Egypt needs political, security, financial, and economic stability, as well as the continuation of the financial reform plan and supporting growth as well as achieving growth rates beyond 6% this F Y.

The president gives great attention to the governance of the customs system, in order for it to be the motive of the national economy over the upcoming period through mechanizing them to reduce the intervention of the human element in all procedures to tighten the supervision and activate the one-stop shop system as well as develop the tax and custom authorities.

Why have not economic procedures left their impact on prices of interest rates on local, foreign debts?

We have two elements affecting the increase of interest prices, as a result of taking several economic measures in June and July through increasing the prices of petroleum products and electricity, which temporarily increased inflation on a monthly basis.

In the case of inflation rates declining, the CBE may reconsider its trends regarding interest rates.

Financial markets, especially, emerging ones, have a state of instability given what the uncertainty global economy is seeing like in Argentina and Turkey.

The Egyptian economy has seen a difficult period over the past two years, and we have been able to overcome it and even started recovery, but global factors also affect our local economy.

Possibility of financial alternatives before government after emerging markets affected interest rates present or not ?

There are several alternatives, including obtaining funding from international institutions, which usually provides less interest rates. Additionally, there are many agreements with Germany, France, China, and Britain with the aim of offering reduced interest rates.

Can you share government’s plan to deal with emerging markets turmoil, especially, that it plans to issue international bonds worth $5bn? Can there be alternatives?

The Finance Ministry is still watching the situation in terms of the international economy and emerging markets. We have a chance to study them to make the right decision at the right time. We have not decided yet

whether we will be changing the plan to launch international bonds.

Would Ministry of Finance change its mind regarding launching bonds, look for another financial alternative?

It is still early to talk about an alternative for international bonds, and if we decide to launch in January, we have a chance until November to decide what to do.

What developments present in meantime of presidential mandate in terms of restructuring of wages?

The concerned committee is still collecting data and we need time to examine and study them.

To what extent rumours of letting some employees go can be true?

Not one employee will be let go of in the state’s administrative body.

What about foreigners’ offerings in debt instruments after exiting operations?

Everything is going normally and we started seeing foreigners enter, time after another, after the exiting state we have seen over the past period.

Any new updates on developments in file of mines, quarries?

There is a presidential mandate to deal with the file of mines and quarries and we will be making amendments to the current law during the upcoming legislative session. A committee was formed. It includes the minister of petroleum, finance, local development and industry.