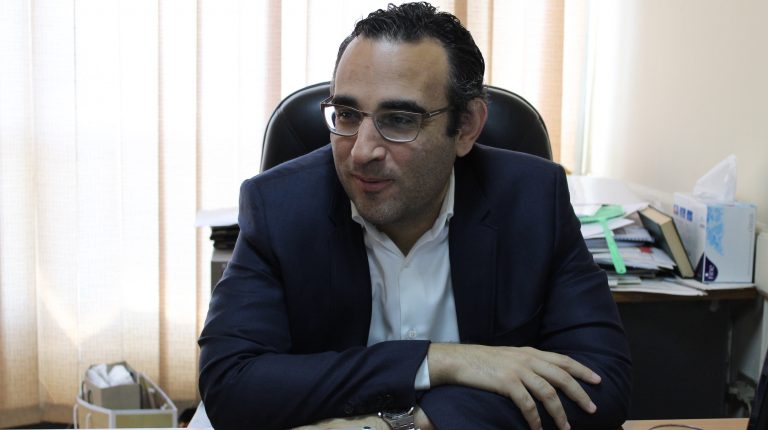 The food industry sector in Egypt faces many a challenges, especially, after the pound floatation. Some companies were able to maintain their position in the market, while others lost their position. Among the companies that were able to maintain its position is the Arabian Food Industries company (Domty), as Mohamed El Damaty, vice chairperson of Domty told Daily News Egypt in an exclusive interview that his company acquired about 42% of the local packaged cheese market in Egypt, while in the juices market it acquired about 7% of the local juice market. The transcript for which is below, lightly edited for clarity:

How grand size of Domty’s investments in Egypt reached?

Domty`s investment in Egypt is ranging between about EGP 1.5bn to EGP 2bn.

The size of the cheese market in Egypt including the cheese that is mechanically packaged, packaged by unknown sources, or bulk, is recorded at EGP 5bn a year, without the yellow cheese, which does not have accurate figures, but I think it amounts to about EGP 3bn.

Do you have any expansion plans concerning your factories?

Domty has two factories in Sixth of October and we may have expansion plans next year, but currently we do not have any expansion plans, as we made significant expansions before the pound floatation, in addition to that we inaugurated our second factory last year.

You mentioned that Domty has two factories, what about their production capacity, number workforce?

The production capacity of the cheese factory is 200,00m tonnes, while in the juice factory it is 100,000 tonnes. In terms of the number of staff, Domty has over 3,000 employees.

What main products contribute to annual sales of company?

White cheese is considered the main product that contributes to the firm’s annual sales as it represents about 75% of the production in Domty.

What about Domty`s latest net profits, sales, desired target by end of year?

I think that our financial performance in H1 2018 is ambitious and that we reached our target.

Earlier, company announced it will start new production line for bakery, when will it start? Any plans to issue new food industry products in Domty?

How many distribution centres does Domty have in Egypt? Any plans to expand?

There is about 45 distribution centres across Egypt, whether in terms of agents, distributors, or company branches.

Meanwhile, we have no intention to increase the number of distribution centres, or to inaugurate new branches, as we feel we have covered all governorates, on the contrary, we are currently developing distribution centres’ efficiency by visiting our customers with our vehicles.

Can you mention Domty’s most prominent customers?

Domty supply juices and cheese to several grand hotels in Cairo, Sharm EL Sheikh, and Hurghada, in addition to the Ministry of Supply. We also deal with several supermarkets chains, including Carrefour, Awalad Ragab, Metro, and Hyper1.

How far exports rate amount to of total sales, can you mention your expectations in this regard?

The company’s exports currently represent about 7.8% of Domty’s total sales, but we target to increase our export rate to 10% by the end of this year.

What can be considered as important countries for Domty’s exports? Any intention to enter new markets?

Arab countries are the most important markets in terms of cheese exports, including Jordan, Saudi Arabia, the United Arab Emirates (UAE), Libya, Lebanon, and Kuwait. We also export to Russia.

Meanwhile in terms of juices, we export to Italy, England, Sweden, Greece, America, and Canada, in addition to many other countries such as Africa, Gabon, Mali, and Chad.

As quantities of exports are still low when compared to the company’s production volume, we hope to expand further and expand our presence in more markets.

What about company’s five-year strategy?

Our first objective is to expand our products’ volume, especially, white cheese, because it represents over 75% of our production volume. Our second goal is to expand further into exporting, in addition to adding new products to our production, whether in dairy or the food industry in general.

Finally, we are always seeking to achieve an increase of 7% to 10% in quantity, as quantity is translated into value, which is therefore translated into growth in revenues.

Can you walk us through R&D activities in Domty?

We have a department for R&D, in which employees have valuable experience, particularly in the field of cheese for over 25 years.

In addition to that we have a periodical meeting every three months with our supplier, Tetra Pak, the Swedish-based packaging and manufacturing company, in order to discuss how to develop our products with new sizes and volumes, etc.

Any recent CSR activities, or future projects in this regard?

We have signed contracts with a lot of charities and hospitals including the 57357 hospital and the Magdy Yacoub hospital to provide them with free Domty products, with the aim of reducing expenses on them.

Plus, we are a key partner in Ahl Masr hospital for free treatments of burns. Moreover, Domty has a charitable organisation, which offers free treatment for its company employees and their relatives.

We are presently working to expand and work with more charitable institutions, hospitals, free initiatives, in order to reduce the expenses and pressure on them.

The most important problem that the food industry faces is the presence of sweat factories, which work without licenses and Lack of adequate control and measure in those factories.

Having said that, people become much more knowledgeable and turn down these products from unknown sources, but still this problem is faced in the food industry sector.

Furthermore, the problem most prominent on peoples’ minds is the fear that the economic reform programme affects purchasing power.

After two years following decision of pound floatation, in your opinion, how did it affect food industry in Egypt? And how can you evaluate country’s current economic condition?

The decision to float the pound was a late step, but a necessary one to reform the economy, as since we are talking about the food industry so at first the effect was entirely negative as we import about 60%-65% of our raw materials, which is costly due to the dollar, whereby we were not benefiting as a sector by the flotation, but it was a necessary step. But I think currently the situation became better somehow. Most likely, the whole society is in a state of reorganisation of life, personal expenses, and habits.

You mentioned that food industry in Egypt imports 60%-65% of raw materials, any plans to reduce this percentage?

These are strategic plans for companies that the state must participate in. For example, in milk, we import milk powder in large quantities of 60%-65% from abroad because investment in livestock has not been enough for the past 20 years, which caused a gap that needs compensation by time and through major investment.

Following the decision of the pound floatation, many companies rely on local product as they began to rely on raw milk from local farms, which is the purpose of floatation, as the decision aims to encourage the local industry and farmers to increase production, but unfortunately, it will take a lot of time to see the results.

What procedures should government take to see more stability in Egyptian economy in near future?

The government needs to change its strategies significantly and must start thinking about relying on the encouragement of all industries instead of focusing on real estate investment. It also needs to start working more on financial inclusion in a more serious manner.

I think there should also be an efficiency in the collection of taxes from the categories that do not pay or evade taxes, instead of collecting more taxes or imposing new taxes on the same people who pay their taxes.

It is also necessary to find alternative solutions to fill the state`s budget deficit, including collecting taxes from the citizens in a better way, in order to ease the pressure on citizens.

Notably, we should complete the economic reform, but at a calmer pace, in order to maintain the citizen’s purchasing power and consumerism at a reasonable place, because these two factors affect the factories and the companies operating.

In addition to that the state should try to lower interest rates, in order to encourage more investors to invest in Egypt, and at the same time it should put more restrictions, to ensure that the money that comes out from banks is not abused nor exchanged into gold or dollars.

Finally, the government must control the informal economy, in order to benefit from it.

Do you think that Egypt currently considered an attractive country for investments?

Unfortunately, Egypt now is not considered an attractive country for investments, as the two sectors, which currently attract investments in Egypt are the real estate sector and the petroleum sector.

Having said that, the real estate sector offers many job opportunities, but it has a big disadvantage which is that it is a time-limited investment, since it ends by the end of constructing or the contract’s end.

This is frustrating to a large extent because we have been working on the economic reform programme, in order to encourage foreigners to come and invest in Egypt. The government still needs to exert more effort, in order to attract more investors, as we mentioned before.

The problem with internal trade is inflation. Today consumers think that traders are greedy.

On the contrary, traders suffer from high costs and expenses, for example the electricity increased by about 40% last month.

These great cost increases forced traders to increase their product prices even if they sell less due to the declining purchase power.

For example, if previously a trader sold 10 units, he can only sell six or seven units only, therefore he must place a high profit margin, in order to cover his expenses and make a profit.

Hence, I think it is the same cycle the government should encourage people to invest, and when people see results and that they achieved a profit, the economic situation will improve.

But, as long as the government has all the market liquidity and still increases electricity and petroleum prices, internal trade will continue to suffer a great deal from the recession and traders’ overpriced products.