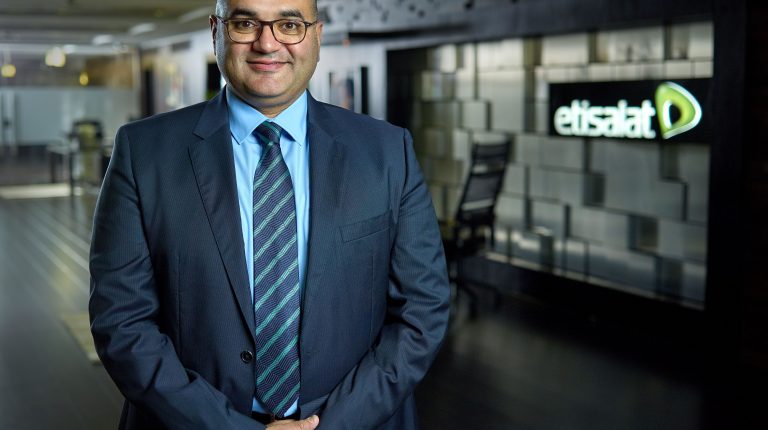 Etisalat Misr plans to raise the investments earmarked for the Egyptian market for this year to EGP 3.5bn, up from EGP 2.5bn to meet the growth in demand for data transmission services and to host the fourth operator on the company’s network.

According to Khaled Hegazy, chief corporate affairs officer at Etisalat Misr in an interview with Daily News Egypt, stated that data services are growing in Egypt, accounting for 25%-30% of the revenues of the telecommunication sector. The transcript for which is below, lightly edited for clarity:

May you share your view of telecom market after changes that occurred when fourth operator entered?

Notably, the telecommunications sector is developing quickly. For instance, if you compared your data consumption two years ago to today, you can find a significant growth despite the economic conditions experienced by users.

Therefore, data services are the main driver of the growth of the telecommunications sector, during the last few years and the next period, but this does not mean that voice services will stop, but will continue to play their role.

Do you invest more in data or voice?

The investment of telecommunications companies, in general, is currently focused on data services, because it is the most developed and strong candidate to support the sector’s sales. Currently, when we build stations, the goal is twofold, the first of which is coverage and the second layer of capacity.

Coverage has been marked as done, as Egypt is almost entirely covered by the network. Hence, we are more focused now on raising the capacity, given the increasing number of data service users.

Our investments are not only focused on building new networks to increase capacity, but also developing network components to sustain the growth of data usage.

Recently you raised capital by EGP 4.5bn, how do you use this increase?

the injection of investments. We allocated EGP 2.5bn of investments for Egypt this year, but, most likely, the figure will reach up to EGP 3.bn by the end of the year.

We used part of the capital increase in financing the company restructuring.

Why did investments increase from planned target?

To keep pace with the growth in demand for data transmission services and to host the fourth operator on our network.

The unit of the company in Egypt is very important for the parent company because of the importance and strength of the Egyptian market. They see Egypt’s potential, evident by investing $3bn in buying the 4G services and raising the capital for the unit here, which effects the confidence of investors in the Egyptian market.

In last two years, telecom market has undergone fundamental changes. Do you see these changes contributing to reordering of market?

In the recent period, the sector witnessed significant changes, includ- ing the provision of new frequencies for companies that were urgently needed, as well as obtaining 4G and landline licenses, as well as the entry of a fourth operator—all of which are fundamental changes in the market.

Meanwhile, the sector witnessed other changes, such as VAT, exchange rate liberalization, development fee, rising fuel and electricity prices, rising interest rates and higher salaries, which contributed to a strong rise in operating costs, which was not accompanied by an appropriate increase in revenues.

How do you see impact of imposing development fee on market?

The imposition of the development fee was made almost a month ago and its impact will be seen within three months of its implementation. However, imposing this fee on an important service, such as telecommunications services is incomprehensible. It is not a luxury but a basic service.The Development Fee Law was imposed on government services provided by the state.

Why mobile lines subject to it then?

This fee has led to a significant increase in the prices of mobile lines,

reaching up to EGP 77 from EGP 15. This will leave a negative impact on sales.

Despite these changes, you have achieved strong returns in first half of this year. How did you do that?

The company has achieved strong revenues of about EGP 6.6bn in the first half due to working on new products that suit company’s usage, whereby we can surpass the expected decline in consumption behaviour on the back of reducing the value of recharge cards.

How many customers does Etisalat Misr serve now?

But this figure differs from figures that appear in indicators of Ministry of Communications?

These are all ways to calculate the number of active users and therefore the figures differ from the report of the Ministry of Communications.

Some services had forcast about them to grow significantly, but did not achieve desired target, such as mobile money transfer. What challenges present that face these services?

New technological services such as the Internet of Things, mobile money transfer and smart city management solutions are the future.As a telecommunications company; we are very interested in these services.

Egypt was late in the sector, but has taken quick steps in this regard.

Market conditions have caused this delay. For example, mobile operators got approval for mobile money transfer services in October 2009. When

the service was about to be launched; the uprising took place in 2011 so companies only launched this service in June 2013, two months only before the revolution on 30 June.

But this service needs to educate customers, but for companies to invest in this segment you need to generate revenue from it.

But the good thing about this file is that the country is moving quickly towards the digital economy and financial inclusion. The Supreme Council for Payments has been established, so it is expected that this file will witness a great change in the coming period, especially as the Central Bank of Egypt (CBE) is working on several laws that will facilitate it.

Have you applied for additional frequencies?

We have not asked for extra frequencies so far. Frequencies are the lifeblood of telecom companies and there is always a need for them. However, if we notice the times when companies were granted frequencies were within licenses, the fourth generation license, the 3G licenses, and the 2G licenses before Etisalat entered the Egyptian market. Companies were only granted frequency bands when they bought licenses for new services.

Each company gets a set of bands that match the nature of the network and their plans. For example, in the 4G license transaction; Etisalat received 10 MB of bands, including 5 MB in the 900 bandwidth and 5 MB in 1, 800.

Why do users complain about poor service?

For us, there are no problems with the quality of service. We have strict quality standards and higher than the National Telecom Regulatory Authority

(NTRA) quality standards, as evidenced by the fact that we have taken the initiative to sign a quality service agreement with Telecom Egypt.

The maximum callout rate is limited to 2% of total calls from NTRA, but we never exceed 1%.