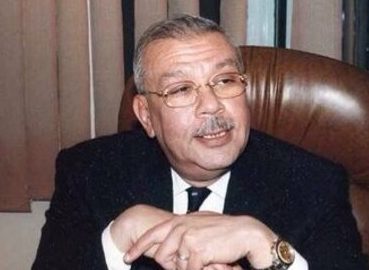 The Egyptian lawyer Samir Sabry filed a lawsuit against the LTC TV channel owner over charges of ‘funding terrorist groups.’

Sabry claims in his report to the Supreme State Security Prosecution “that the TV channel owner has a connection with the outlawed Muslim Brotherhood group,” and accused it of “funding group members.”

“The channel’s owner used (one of its hosts) to promote some medications and fake products to collect smuggled money belonging to the outlawed Brotherhood to reach its members and militant units inside the country,” Sabry’s report continued.

On Monday, the Supreme Media Council’s Head Makram Mohamed Ahmed ordered the suspension of the broadcast of LTC for two weeks and issued what the order described as a final warning for Al Hadath channel.

In a statement, the council said that it held two meetings in a row to look into complaints against LTC TV, as well as a number of professional violations. Therefore, the council decreed to suspend some TV shows of the channel, as well as halting its entire broadcasting.

The council said that despite “issuing over 10 decisions of suspending some of the channel’s TV shows and imposing fines, the LTC administration did not commit to media ethics and violated the council’s previous decision of banning the LGBT community from being hosted on media channels.”

According to the statement, the LTC has not informed the council of “some unqualified figures who are not members of the Media Syndicate,” who led some of its shows.

The LTC administration confirmed its commitment to the council’s decision.