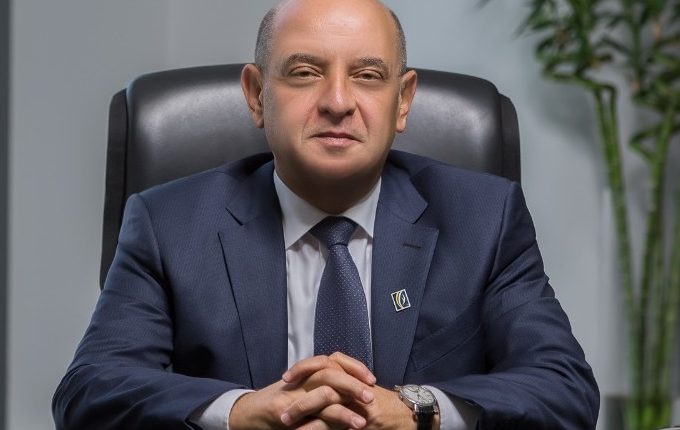 The CEO of Emirates NBD Mohamed Berro, said that the Egyptian economy is currently witnessing strong signs of improvement after the very strong corrective measures implemented by the government.

Daily News Egypt sat down for an interview with Berro, whereby he stated that one of the major current strengths of the Egyptian economy is the ability to attract new FDIs and strong tourism proceeds. He assured on that banks have always played a key role in the development of the Egyptian Economy. The transcript for which is below, lightly edited for clarity:

The Egyptian economy is showing strong signs of improvement after the very strong corrective measures taken by the government recently including liberalisation of the exchange rate and the gradual lifting of subsidies. Egypt achieved a primary budget surplus equivalent to 0. 2% of the GDP in the fiscal year 2017/18 that ended in June, the first time this has been achieved in over a decade. Furthermore, Egypt ran a balance of payments surplus of $11. 0bn over the first three quarters of 2017/18, matching the surplus recorded over the same period a year earlier.This has seen the Central Bank of Egypt’s FX reserves climb to a record $44.6bn in June, compared to $31.3bn in June 2017 and just $17.6bn in June 2016. The robust balance of payments surplus has contributed to greater macroeconomic stability, a steadier currency, and improved investor confidence.

One of the major current strengths of the Egyptian economy is the ability to attract new FDIs and strong tourism proceeds, as a result of the recent liberalisation of the exchange rates. This has partially contributed to the strong improvements in macroeconomic in- dicators as mentioned earlier.

What do you see as economy’s weaknesses?

Weaknesses would be the still low level of non-oil exports, which have really not improved as expected. Egypt still needs to work on the competitiveness of its exports, in order to ensure a steady supply of foreign currency in the market. Egypt also needs to continue improving its receptiveness to new FDIs across all sectors of the economy. FDIs are primarily now focused on the oil sector, this needs to be diversified to include other important sectors of the economy.

What main challenges face Egypt’s economy right now, especially, after implementing large part of economic reform programme? How could those challenges be overcome? What could be required to push Egyptian economy forward, enable growth?

The Egyptian Government’s 2030 vision is a good starting point in order to overcome the challenges in the economy. This strategy addresses four main pillars under the Economic Dimension being economic development, energy, scientific research and development and transparency and efficiency of government institutions.

What activities or projects can assist with helping Egyptian economy to grow?

Key projects that will have a positive impact on the economy are the development of the Suez Canal Economic Zone and the transformation of Egypt into an Energy hub of the Eastern Mediterranean region for exports of excess natural gas production from the region mainly to European destinations.

What role could banks play in assisting Egyptian economy?

Under the guidance of the Central Bank of Egypt, banks have always played a key role in the development of the Egyptian Economy.

Regarding your bank—what projects, activities does it focus on financing to assist economy?

Emirates NBD Egypt is proud to play a role in the development of the Egyptian economy though offering a diverse range of products and services. The bank is also always very keen on introducing the latest digital innovations to the Egyptian market, which is considered by our parent group Emirates NBD to be their second home market.

What role your bank plays in supporting financial inclusion in Egypt? What new services that bank offers or targets offering in Egypt during coming period?

Egypt our choice, its economy among top in Africa, with large population: Soda Mobile brand director